Ukraine is accusing Vladimir Putin’s troops of carrying out a “massacre” in the town of Bucha, while Western nations reacted to images of dead bodies there with calls for new sanctions against Moscow. Russia’s defense ministry denied the Ukrainian allegations, saying footage and photographs showing bodies in Bucha were “yet another provocation” by the Ukrainian government. But U.S. Secretary of State Antony Blinken verified the scene, describing the images as “a punch in the gut,” as United Nations Secretary-General Antonio Guterres called for an independent investigation.

The images prompted outrage in Ukraine and abroad, adding to pressure on Putin by increasing the likelihood of further Western sanctions. Western nations have already sought to isolate Russia economically and punish it for the invasion, which began on February 24th. But Ukraine’s President Volodymyr Zelenskyy said on Sunday that those sanctions aren’t enough of a punishment. 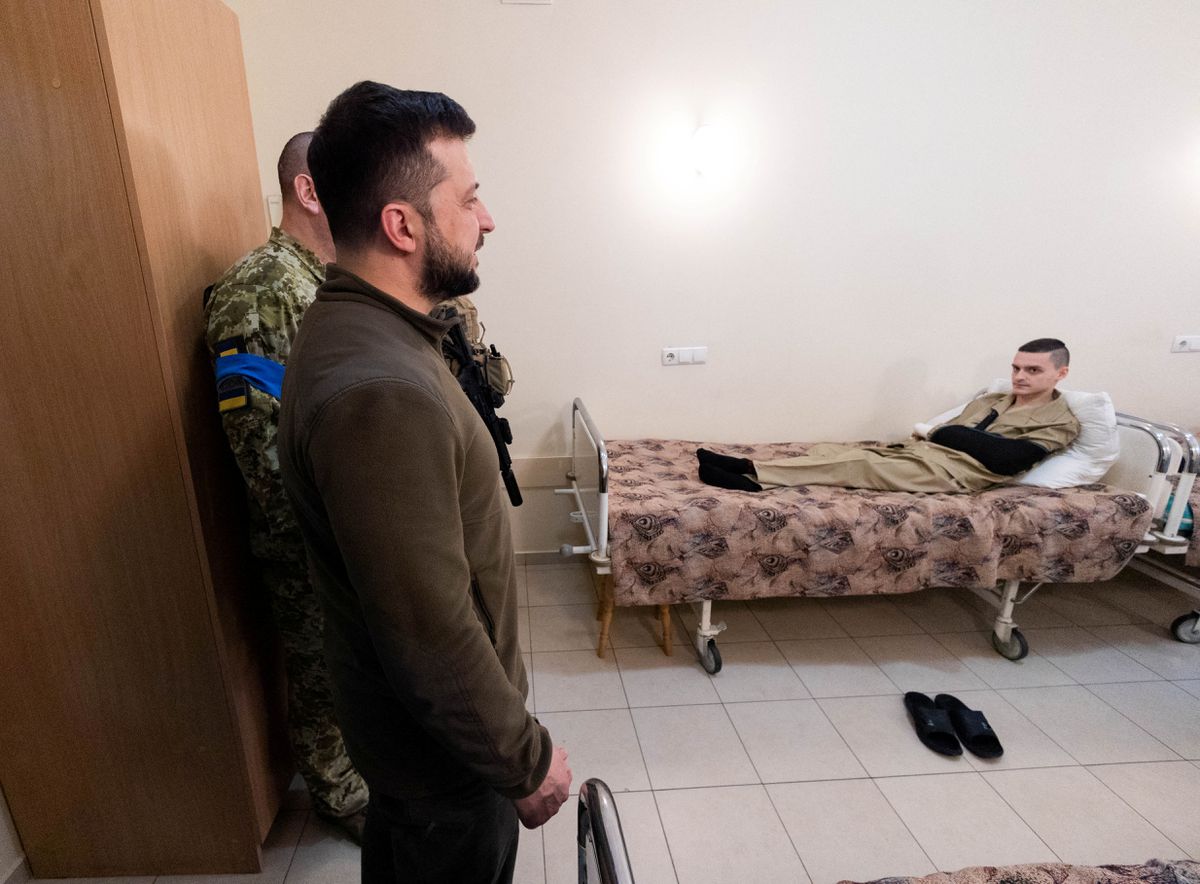 But Western leaders are pushing forward with a new round of sanctions intended to further hobble Russia’s once-thriving economy. German Foreign Minister Annalena Baerbock said Russia must pay for “war crimes.” Germany’s defense minister Christine Lambrecht added that the European Union must discuss banning the import of Russian gas, a marked departure from Berlin’s prior resistance to the idea of an embargo on Russian energy imports. And British Prime Minister Boris Johnson has also said his government would step up sanctions, as well as military and humanitarian support for Ukraine.

Talked to @BorisJohnson again. The United Kingdom is our powerful ally. Discussed the defensive support for 🇺🇦, intensification of anti-Russian sanctions and post-war security guarantees. We look forward to the donors' conference for Ukraine.

Russia has previously denied targeting civilians and has rejected allegations of war crimes in what it calls a “special military operation” aimed at “demilitarizing” and “de-Nazifying” Ukraine. Ukraine says it was invaded without provocation. Reports from Reuters confirm bodies in a mass grave and still lying on the streets, while on Sunday the mayor of Bucha showed reporters two bodies with white cloth tied around their arms, one of which appeared to have been shot in the mouth.

"Concentrated evil has come to our land. Murderers, butchers, rapists, looters, who call themselves an army and who only deserve to die after what they have done," Zelensky said.

Russia has requested that the U.N. Security Council convene on Monday to discuss what Ukraine calls a “massacre” while Moscow continues to call it a “provocation by Ukrainian radicals” in Bucha.

Never forget that Trump called a Putin a “genius” for launching the war in Ukraine. Never.