U.K. Prime Minister Boris Johnson has met with Ukrainian President Volodymyr Zelenskyy in Kyiv, promising so much support that his nation “might never be bullied again”. Johnson praised Zelenskyy’s leadership, saying Ukraine “defied the odds” by pushing Russian forces “from the gates of Kyiv, achieving the greatest feat of arms of the 21st century.″ 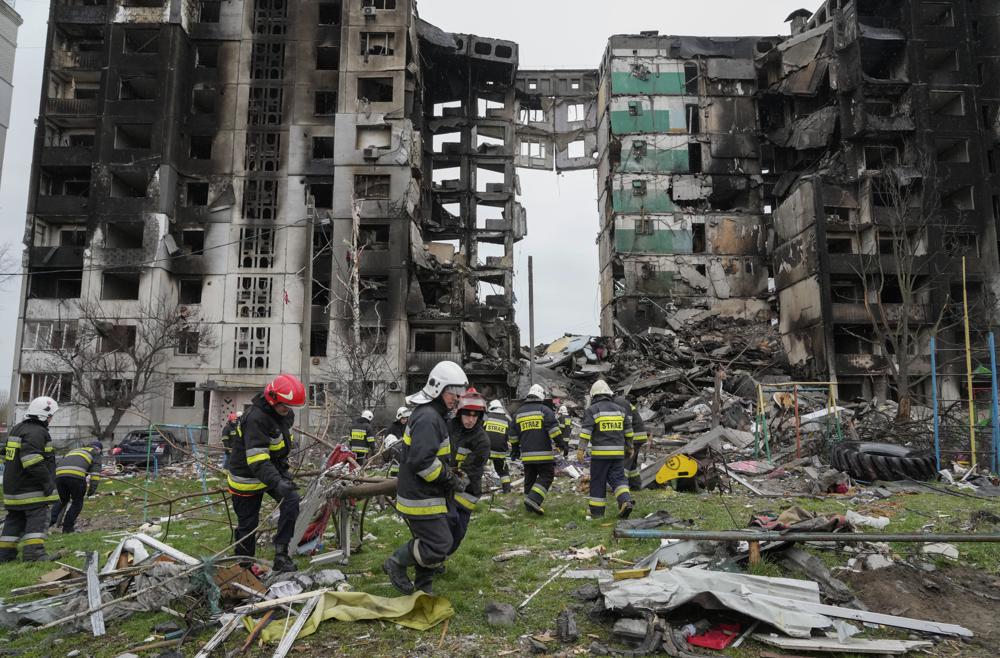 The prime minister credits “Zelenskyy’s resolute leadership and the invincible heroism and courage of the Ukrainian people” for thwarting what he calls the “monstrous aims” of Russian leader Vladimir Putin.

Boris: “Volodymyr, listening to too listening to your team, your redoubtable team, I have no doubt at all that an independent sovereign Ukraine will rise again thanks above all to the heroism, the courage of the people of Ukraine. Thank you very much and slava Ukraini”

Johnson says Britain and its allies “are going to ratchet up the economic pressure … not just freezing assets in banks and sanctioning oligarchs but moving away from the use of Russian hydrocarbons.”

Prime Minister Johnson also described a vision for a future Ukraine “so fortified and protected by the equipment, technology and know-how of Britain and its partners that it can never be threatened in the same way again”. In the meantime, PM Johnson said, “there is a huge amount to do to make sure that Ukraine is successful, that Ukraine wins and that Putin must fail.”

Today I met my friend President @ZelenskyyUa in Kyiv as a show of our unwavering support for the people of Ukraine.

We're setting out a new package of financial & military aid which is a testament of our commitment to his country's struggle against Russia’s barbaric campaign. pic.twitter.com/KNY0Nm6NQ3

“We’re setting out a new package of financial & military aid which is a testament of our commitment to his country’s struggle against Russia’s barbaric campaign,” Johnson wrote in a tweet after his meeting with Zelenskyy. “I made clear today that the United Kingdom stands unwaveringly with them in this ongoing fight, and we are in it for the long run.”

We welcome @BorisJohnson in Kyiv, the first G7 leader to arrive in Ukraine since the beginning of the large-scale war. We are strengthening our union of democracies.
Be brave, like Boris.
Be brave, like Ukraine.#BRAVEUKRAINE