The wife of a former U.S. naval engineer pleaded guilty on Friday to abetting her husband in an attempt to sell secrets about U.S. nuclear submarines to an unknown foreign country. The guilty plea by Diana Toebbe was part of a deal with prosecutors that calls for her to get a much shorter prison sentence than her husband.

Jonathan Toebbe admitted on Monday to conspiring with his wife to disclose restricted data, a violation of the Atomic Energy Act that carries a maximum sentence of life in prison. Jonathan Toebbe had been previously charged with spying after selling nuclear sub secrets that he hid in a peanut butter sandwich. He had traded top-secret information for $70,000 in Bitcoin with who he believed was a foreign power representative but was actually an undercover FBI agent. The couple was arrested in West Virginia in October after he placed a removable memory card at a prearranged “dead drop”, according to the Justice Department. 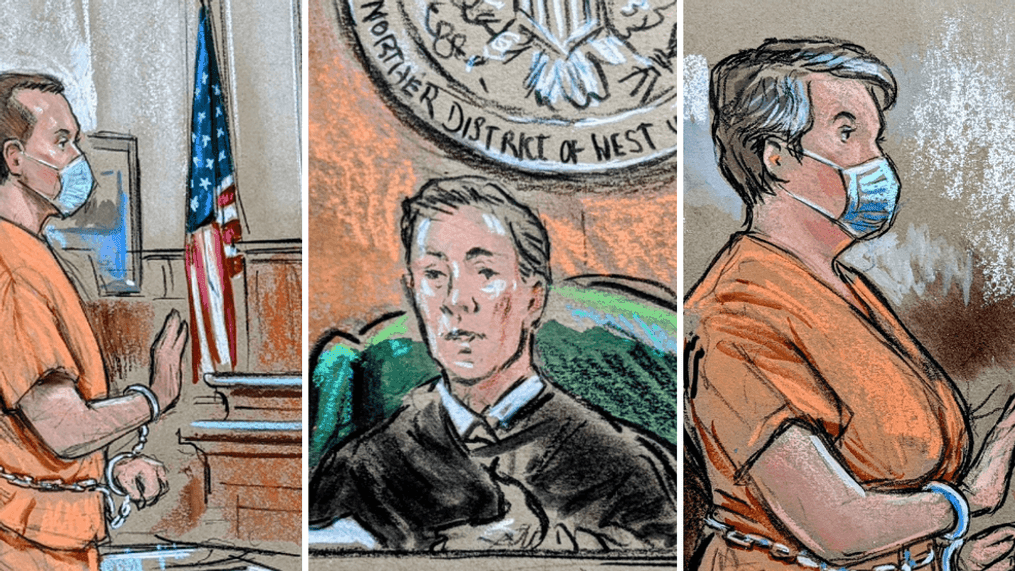 The scheme began back in April 2020 when Toebbe, who had a top-secret security clearance, communicated with an undercover FBI agent posing as a foreign official over the course of several months. He sent a package of Navy documents to a foreign government. He wrote that he was interested in selling manuals, performance reports, and other sensitive information regarding Virginia-class nuclear sub reactors. His plea agreement calls for him to face a likely sentence of between 12 years to 17 years in prison. Diana Toebbe pleaded guilty to the same offense, but her plea deal calls for a sentence in the range of three years.

Former U.S. Navy engineer Jonathan Toebbe and his wife Diana faced a federal judge for the first time, over charges they attempted to sell secrets about nuclear submarines to a foreign power in exchange for cryptocurrency https://t.co/6Rm8JlFh92 pic.twitter.com/rrlNZI84vc

An FBI agent testified during a court hearing in October that Toebbe asked for $5 million in cryptocurrency in exchange for the secret submarine information. A payment the FBI made to Toebbe worth about $100,000 has not been located, the agent said.

A Navy engineer and his wife have been arrested on espionage-related charges. A criminal complaint alleges that Jonathan Toebbe, who began working with the Navy in 2012, tried to pass top-secret intel in a peanut butter sandwich. @stephgosk reports. pic.twitter.com/Y6eWEelIDi