Figures showing a global rise in COVID-19 cases after more than a month of decline could signal a much bigger problem as some countries also report a drop in testing rates, the World Health Organization (WHO) said on Tuesday, warning nations to remain vigilant against the virus.

COVID-19 cases once again started to increase around the world last week, the WHO said, with lockdowns in Asia and China’s Jilin province battling to contain an outbreak. 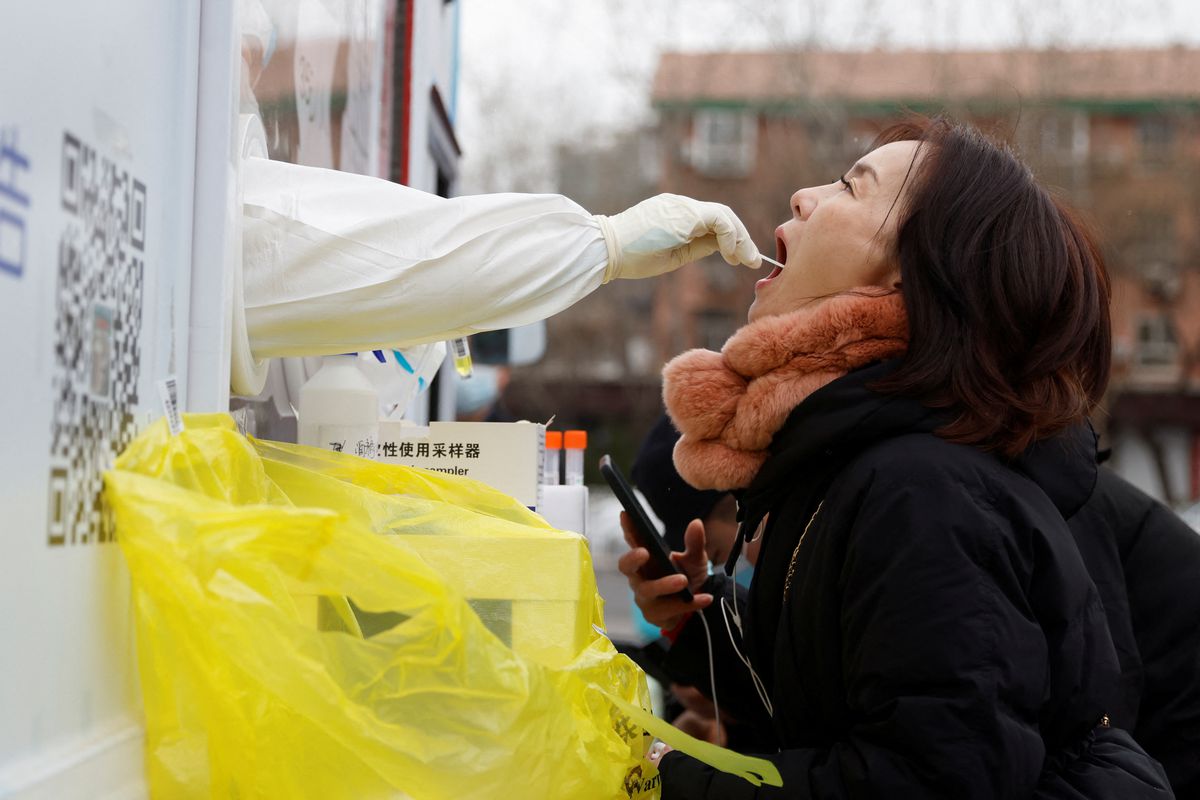 New infections jumped by 8% globally compared to the previous week, with 11 million new cases and just over 43,000 new deaths reported from March 7-13. It is the first rise since the end of January. The biggest jump was in the WHO’s Western Pacific region, which includes South Korea and China, where cases rose by 25% and deaths by 27%. A number of experts have also raised concerns that Europe faces another coronavirus wave, with cases rising since the beginning of March in Austria, Germany, Switzerland, the Netherlands, and the United Kingdom.

The next wave in Europe has begun pic.twitter.com/2qm4JzOqit

Africa also saw a 12% rise in new cases and a 14% rise in deaths, with Europe posting a 2% rise in cases, but no increase in deaths. Other regions reported declining cases, including the eastern Mediterranean region, although this area saw a 38% rise in deaths linked to a previous spike in infections. A combination of factors was causing the increases, including the highly transmissible Omicron variant and its BA.2 mutations, and the lifting of public health and social measures, the WHO said. Low vaccination rates in some countries, driven partly by a “huge amount of misinformation” also explained the rise, WHO officials said. “These increases are occurring despite reductions in testing in some countries, which means the cases we’re seeing are just the tip of the iceberg,” WHO’s head Tedros Adhanom Ghebreyesus told reporters.

The picture in Europe is not universal, however. Denmark, for example, saw a brief peak in cases in the first half of February, driven by BA.2, which quickly subsided. There are no signs that BA.2 causes more severe disease, and no evidence that any other new variants are driving the rise in cases.

Reported #COVID19 cases are again increasing despite reductions in testing, which means the cases we're seeing are just the tip of the iceberg. We call on countries to continue to:
Vaccinate
Test
Sequence
Provide early care for patients
Apply common-sense public health measures pic.twitter.com/qjmcrA88kh

Tuckems Praises the Unabomber, Says He Has a ‘Cultural Objection’ to Immigration

Experts have begun to warn that the United States could soon see a similar wave to that seen in Europe, potentially driven by BA.2, the lifting of restrictions, and potential waning immunity from vaccines given several months ago.

Covid increases in Europe could presage an increase in the US. Covid isn't going away, but we have more tools than ever to limit its impact—from vaccines and masks to treatments, tests, ventilation, and surveillance. We must use them effectively.

New COVID Sub-Variant Is 1.5 Times More Contagious Than Omicron. And It’s Already In Half Of U.S. States.