Death Toll From Mass Shootings On the Rise in America

It’s hard out here for Javanka.

Ivanka Trump and Jared Kushner’s new neighbors aren’t exactly pleased to have them in the town of Surfside, Florida, and they aren’t shy about letting them know. 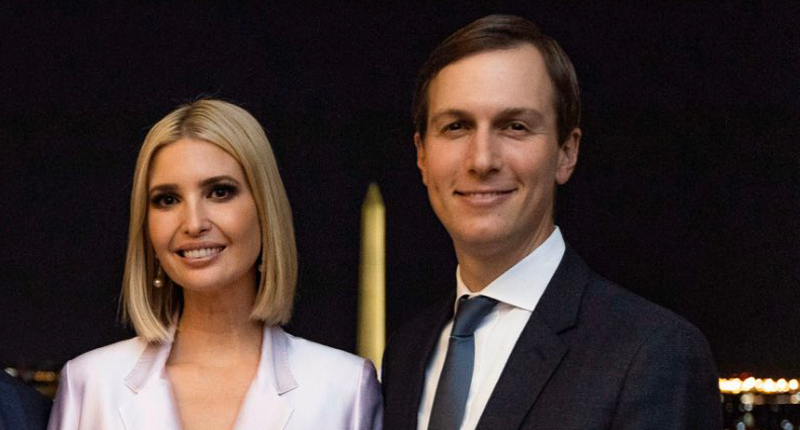 According to a scathing new profile in The Washingtonian, residents of the exclusive Florida enclave have been experiencing less-than-pleasant run-ins with the Kushners (each of whom is dealing with their own legal issues). One anecdote recounts the couple essentially ignoring their young son’s safety until the ocean threatened to carry him away:

Ivanka and Jared were out at the ocean’s edge with their five-year-old son, Theodore. He walked up to the neighbor (who asked to remain anonymous because she continues to live near the family) and talked about a fish he’d caught. The neighbor reminded Jared, in swim trunks, and Ivanka, in a “cute ruffled outfit,” to watch out for jellyfish. Ivanka indicated she wouldn’t be swimming, but Theodore hurried into the ocean. The neighbor was immediately concerned.

“I’m thinking, Why is this boy in the water alone on a boogie board with this moderate rip current? I’m a mother, and I would never let my child alone in the water like that.”

Sure enough, young Theodore began drifting from shore, prompting Jared to run in after him.

“She seems to be about — ‘I live in this little cocoon where the rules don’t apply to me’ — in her own little world,” the resident went on to say.

Not that I really wanted them there for photo ops, but Ivanka & Jared are renting a condo & now live a block or two from collapsed building in Surfside.
Absolute crickets from them on social media asking their followers to donate to support victims' families etc.
Very on brand.

Last June, when the Champlain Towers building in Surfside collapsed in the middle of the night and killed 98 people, Ivanka and Jared were said to have donated to the search effort for victims of the building located two blocks from theirs, according to the local NBC affiliate. But even then, they made no statement. “Perhaps they worried their disgraced brand would distract from the incredible tragedy. On the other hand, it might have been an opportunity to suds up their image,” posits The Washingtonian.

Grifter-in-law Jared and Princess Ivanka are nepotistic opportunists and both grotesquely-unqualified to hold high-level positions in government. Their time is coming.https://t.co/Fu3Zzy4SoH

Trump Family’s January 6th Testimony Is Coming To You, On Video: Report