In the weeks since Vladimir Putin unilaterally decided to invade Ukraine, the Kremlin has taken action to silence government dissent or any reporting about the invasion. It is now illegal to even call the conflict a war, and Russia has moved to block access to social media.

Former California Governor and action film star Arnold Schwarzenegger made a direct appeal to Russian people and soldiers on Thursday, detailing the lies behind the Kremlin’s propaganda for the war in Ukraine. Russians have long had familial ties to Ukraine, Schwarzenegger explained in his video appeal. An estimated 11 million Russians have relatives in Ukraine. “So every bullet you shoot, you shoot a brother or a sister,” he said. “Every bomb or every shell that falls is falling not on an enemy but on a school or hospital or a home,” Schwarzenegger said in the video published by Attn. 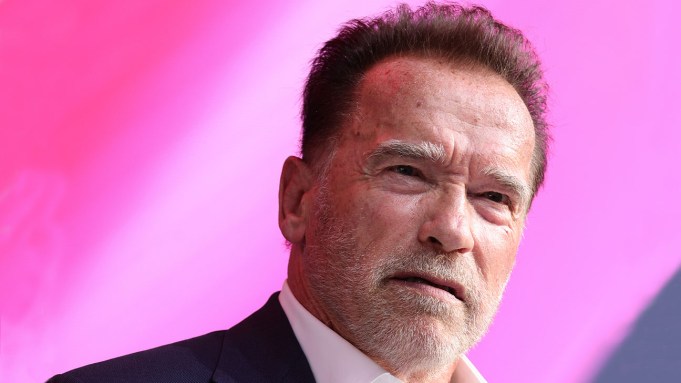 In his nearly 10-minute video, Schwarzenegger beings with the story of his Russian weightlifting idol, Olympian Yury Petrovich Vlasov, who helped inspire him to begin weight training as a teen. He also speaks along with his many ties to Russia and its people. Schwarzenegger said he knew how lies about war could break a man. He described how his father, Gustav Schwarzenegger, lived with the guilt of fighting for the Nazis in World War II. “Your lives, your limbs, and your futures are being sacrificed for a senseless war condemned by the entire world,” Schwarzenegger said, the urgency clear in his voice.

What a thoughtful and powerful message Arnold #Schwarzenegger send to the #RussianArmy and people in #Russia #SlavaUkrainii https://t.co/cU21dbahao

Schwarzenegger explained he had also made a similar video about lies in the US, pointing to his condemnation of the Capitol insurrection on January 6, 2021, so he had spoken out against an American uprising of people fighting against its own government.

The official Twitter account for the president of Russia follows 22 others — and one of them is Arnold Schwarzenegger, who in a video posted on Thursday debunked Russian disinformation about the war on Ukraine and urged Putin to end the conflict.https://t.co/O1kTCsoenr

The action star closed by addressing Russians who were risking severe penalties for speaking out about the war. Some protesters have even taken to the streets in St. Petersburg, Russian leader Vladimir Putin’s hometown. “The strength and the heart of the Russian people have always inspired me,” Schwarzenegger said, describing himself as a “longtime friend of the Russian people.”

I guess by now the official @Twitter account of the president of Russia only follows 21 others….#Schwarzenegger#StandWithUkraine 🇺🇦 https://t.co/YpXBRkg8hq

“The world has turned against Russia because of its actions in Ukraine,” he said. “The destruction that Russian bombs are raining down on innocent civilians has so outraged the world that the strongest global economic sanctions ever taken have been imposed on your country. … This is not the war to defend Russia like your grandfather or your great-grandfather fought. This is an illegal war!”

I love the Russian people. That is why I have to tell you the truth. Please watch and share. pic.twitter.com/6gyVRhgpFV

“You are my new heroes,” Schwarzenegger said. “You have the strength of Yury Petrovich Vlasov. You have the true heart of the Russian people.”