The school board in Uvalde, Texas, postponed a vote on whether to fire the school district police chief criticized for his handling of the shooting rampage that killed 19 children and two teachers, but the chief has been suspended from duty in the meantime.

The Uvalde Consolidated Independent School District Board of Trustees had been scheduled to consider the employment fate of Pete Arredondo during a special meeting on Saturday, according to a public agenda for the meeting posted earlier in the week. But the school district revised its website on Friday saying the session had been canceled “in conformity with due process requirements” and at the request of Arredondo’s attorney, with the meeting still to be held at an unspecified later date. 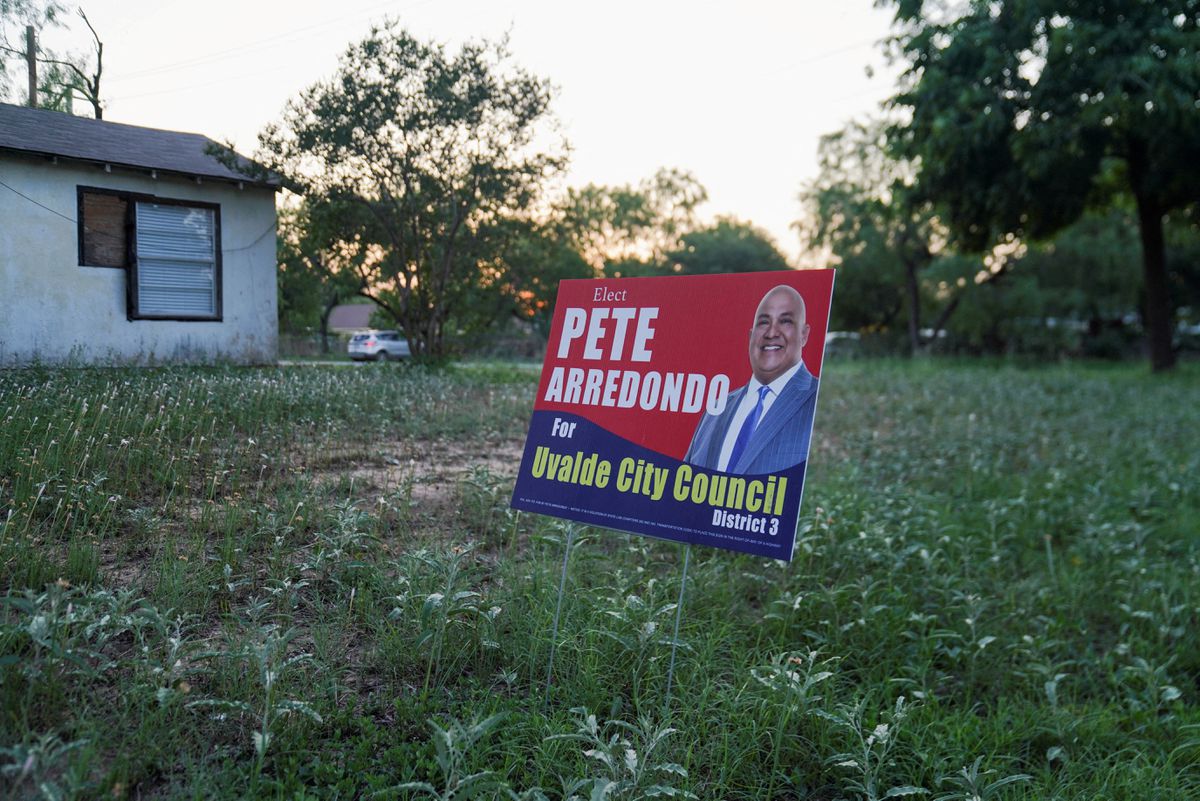 Arredondo, who according to the Texas Department of Public Safety (DPS) acted as “incident commander” in charge of law enforcement’s response to the May 24th mass shooting at Robb Elementary School, resigned his seat on the Uvalde City Council this month.

"If he's not fired (Pete Arredondo) by noon tomorrow, I want your resignation (Suprintdt. Dr. Hal Harrell) and every single one of you board members because ya'll do not give a damn about our children or us." — parents demand action at Uvalde CISD school board meeting. #khou11 pic.twitter.com/CXyeRpgudt

Arredondo has come under scathing criticism since DPS officials disclosed weeks ago that 19 officers waited for an hour in a hallway outside adjoining classrooms where the gunman was holed up with his victims before a U.S. Border Patrol-led tactical team finally made entry and killed the suspect.

District cites 'due process requirements' and will reschedule the meeting.

To Appease Manchin, Clean Electricity Could Be Dropped From Biden Spending Bill

DPS officials have said Arredondo chose to hold off on sending officers in to neutralize the suspect sooner, believing the immediate threat to students had abated after an initial burst of gunfire in the classrooms. According to DPS, Arredondo hesitated even as two fourth-grade girls cowering inside the classrooms placed terrified cellphone calls to emergency-911 dispatchers pleading for police to send help.

The Uvalde school superintendent is recommending that cowardly corrupt chief Pete Arredondo be fired for the deliberate delayed response that left 19 children and 2 teachers murdered.

Fired, arrested, prosecuted and convicted along with Greg Abbott.

Arredondo, who oversaw a six-member police force before he was placed on leave, contends he never considered himself the incident commander and that he did not order police to hold back on storming the suspect’s position.