As WBNA star Brittney Griner was testifying in a Russian court, where her defense explained she was carrying cannabis oil as a medical treatment, the Biden administration offered a deal to exchange Viktor Bout, a convicted Russian arms trafficker serving a 25-year US prison sentence, as part of a potential deal to secure a release for both her and Paul Whelan, who has been held by Russia for alleged espionage since 2018, CNN reported on Wednesday.

Secretary of State Antony Blinken announced Wednesday that the United States presented a “substantial proposal” to Moscow “weeks ago” for Whelan and Griner, who are classified as “wrongfully detained.” 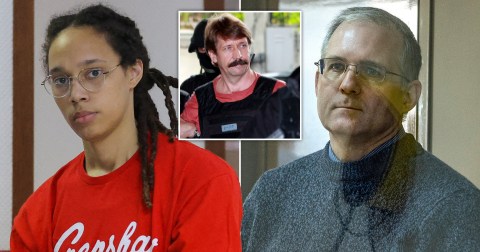 Speaking at a press conference at the State Department, Sec. Blinken said President Biden was “directly involved” and signed off on the proposal. Although Sec. Blinken didn’t directly confirm that Bout was part of the deal, saying he “can’t and won’t get into any of the details of what we proposed to the Russians over the course of so many weeks now,” he did share that “in terms of the President, of course, he was not only directly involved, he signs off on any proposal that we make, and certainly when it comes to Americans who are being arbitrarily detained abroad, including in this specific case.”

Can we trade Donald Trump for Brittney Griner?