Investigators identified a 42-year-old Norwegian citizen originally from Iran as the shooter, who was arrested after opening fire at three locations in downtown Oslo. Police said two men, one in his 50s and the other in his 60s, died in the shootings. Ten people were treated for serious injuries, but none of them was believed to be in life-threatening condition. Eleven others had minor injuries. 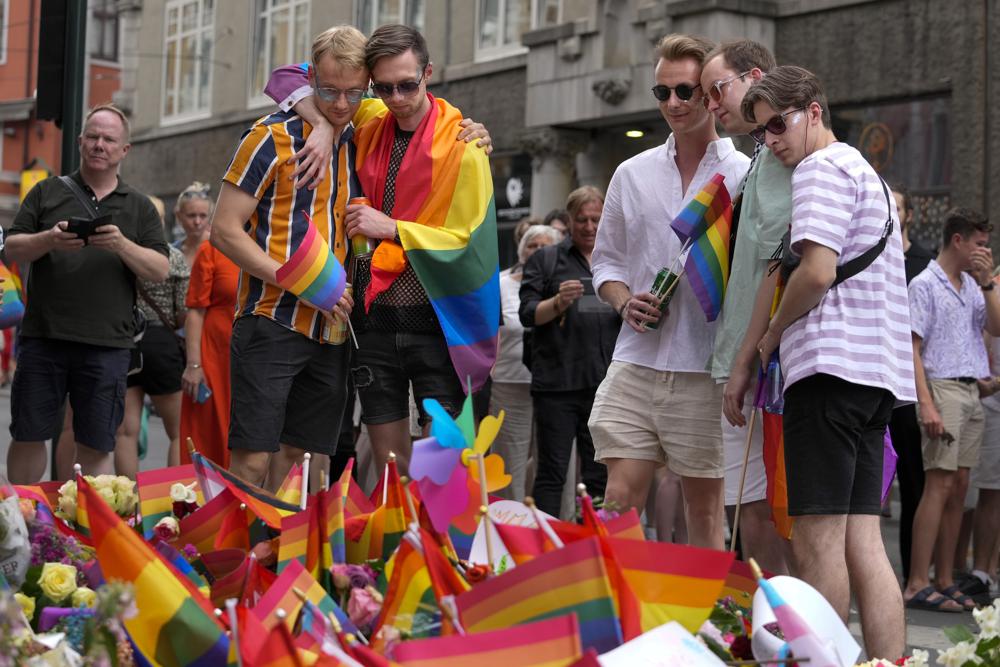 Norwegian television channel TV2 showed footage of people running down Oslo streets in panic as shots rang out in the background. After the attack, which sent revelers fleeing into the streets or trying to hide from the gunman, the Norwegian Police Security Service raised its terror alert level from “moderate” to “extraordinary,” its highest level. The service’s acting chief, Roger Berg, called the attack an “extreme Islamist terror act” and said the suspect had a “long history of violence and threats,” as well as mental health issues.

After an attack on a gay bar in Oslo last night, Pride was officially cancelled but people spontaneously gathered and marched to the bar to leave flowers. Seeing people crying, cheering and being courageous to go to the streets is the most beautiful thing I witnessed. ❤️ pic.twitter.com/RSGAqOidJe

The suspect was known to the NPS since 2015, which later grew concerned he had become radicalized and was part of an unspecified Islamist network.

Police said civilians assisted them in detaining the man in custody, who was being held on suspicion of murder, attempted murder, and terrorism, based on the number of people targeted at multiple locations. Investigators seized two weapons after the attack: a handgun and an automatic weapon. Hatlo described both as “not modern” but did not give further details.

[COMMENTARY] What Happened to the Maryland Transgender Health Equity Bill?