WATCH: Trump Campaign Lawyer Testifies That Mark Meadows Knew There Was No Evidence For The Big Lie

The pro-Trump wife of Supreme Court Justice Clarence Thomas sent emails to more than two dozen members of the Arizona state legislature urging them to overturn Joe Biden’s 2020 election win, according to a new report.

Ginni Thomas was revealed to have contacted far more people than originally thought just a few weeks ago. According to an analysis by the Washington Post on Friday, Thomas sent identical messages to more than half of the Republicans serving in the state Senate and Arizona House at the time. “As state lawmakers, you have the Constitutional power and authority to protect the integrity of our elections — and we need you to exercise that power now!” wrote Thomas. “Never before in our nation’s history have our elections been so threatened by fraud and unconstitutional procedures.” 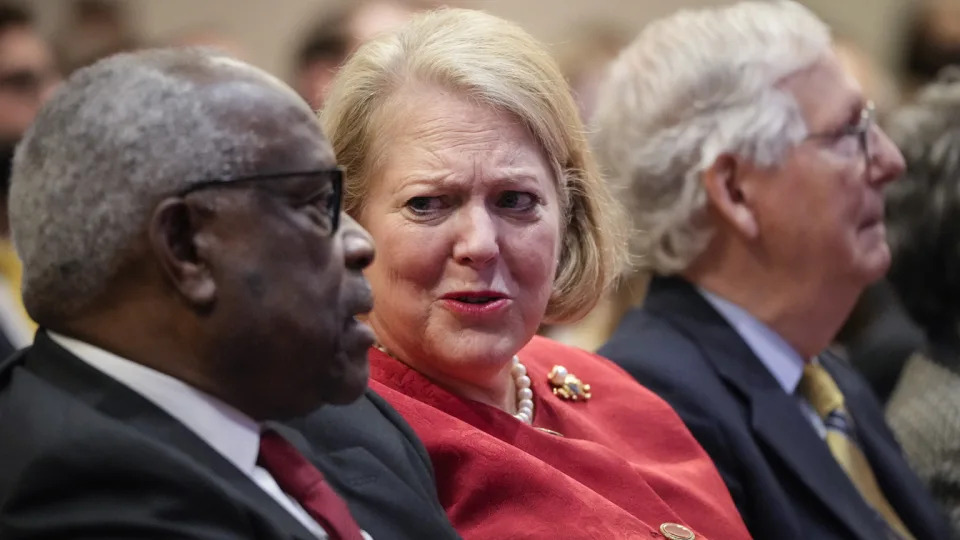 Earlier this year, Ginni Thomas confirmed that she attended the “Stop the Steal” rally that preceded the deadly assault on the U.S. Capitol on January 6th, but she “got cold and left” before the riot took place. She also denied reports that she was a key figure in planning the events that led to the storming of the Capitol building.

“I played no role with those who were planning and leading the January 6th events,” Thomas said in a March interview with the Washington Free Beacon. “There are stories in the press suggesting I paid or arranged for buses. I did not. There are other stories saying I mediated feuding factions of leaders for that day. I did not.”

Remember when Paul Gosar was in some kind of trance protesting the vote count in Arizona? Was he working with Ginni Thomas? pic.twitter.com/Q5PeoVGIMI

Clarence Thomas has yet to recuse himself from any Supreme Court rulings regarding January 6th. The Supreme Court ruled in January 2022 that Trump had to turn over materials he was attempting to shield from the House select committee investigating events surrounding the January 6th insurrection. Of the nine justices, Thomas was the only one who said he would have granted Trump’s request to shield those documents from the committee.