[WATCH] Capitol Rioter Gets 5 Years In Prison, One of the Longest Terms For Jan 6th Attack

Donald Trump returned to Washington on Tuesday for the first time since leaving office, and of course, the sight of his biggest failure immediately triggered the biggest loser in American history.

Sadly, Attorney General Merrick Garland wasn’t able to put together an arrest warrant in time, so Trump was still able to appear at the Young America’s Foundation conference and desperately repeat the same sad false election claims that led to the January 6th insurrection at the Capitol. 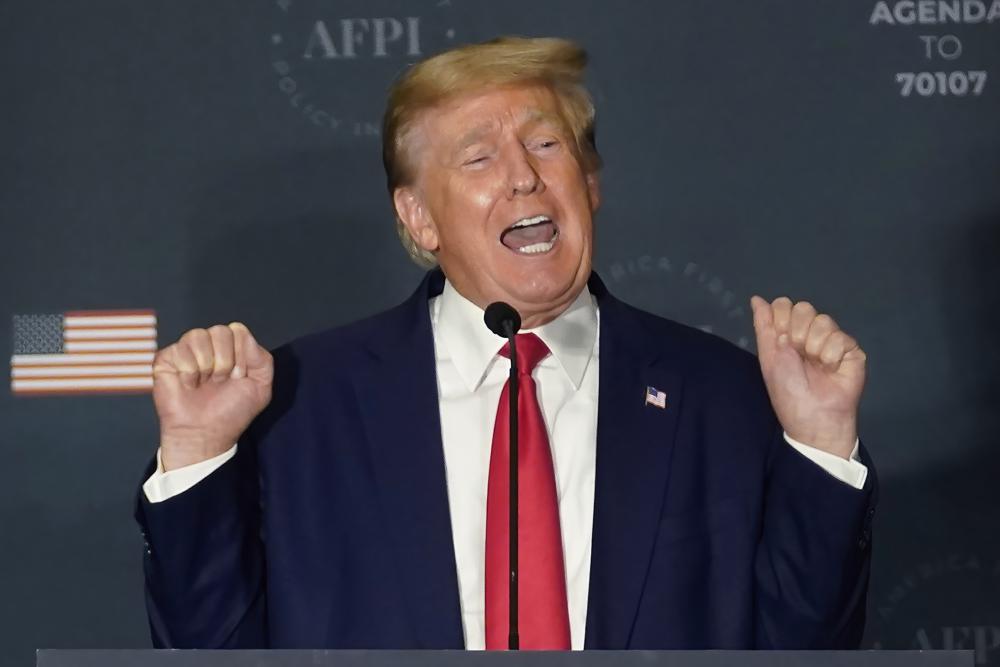 “But I don’t want to say the election is over!”

Lil Trumpy left out the part where he called an election official in Wisconsin less than two weeks ago to try to overturn the election. How pathetic is all of this? “It was a catastrophe that election. A disgrace to our country,” he said, insisting despite all evidence that he had won in 2020. “We may just have to do it again,” he said, repeating, as he does in all recent appearances (because the Chode is desperate to stay out of prison and wrongly believes it’ll keep him out of prison) that he will run again in 2024.

Trump will forever face protesters wherever he goes. Today it was in DC.pic.twitter.com/sdsxKYlYqM

It’s truly astonishing to watch his remaining enablers allow him to be seen acting this weak and needy in public, but he’s always been this weak and needy, so I guess why bother to change? And yeah, never get him a different suit, let him keep bobbing around in that ill-fitted shiny untailored mess that probably smells like Old Man BO and an ancient Big Mac Wrapper. The weaker he looks, the stronger my blood flows through my veins.

ICYMI: Trump is set to return to DC this week, for the first time since leaving office in disgrace, to deliver what’s billed as a “policy speech.” So asked the question… what’s the policy? How to do a coup? pic.twitter.com/h2bPzXo5b7

Pathetic. All of it.