Last week, we learned that text messages from Donald Trump’s top appointees at the Department of Homeland Security are missing along with messages from the Secret Service. It was also revealed that the DHS-appointed Inspector General, Joseph Cuffari, failed to report what he knew about the deleted communications.

Now, Attorney General Merrick Garland has been asked to investigate yet another deletion of text messages and other communications from January 6th, this time by senior Pentagon officials. 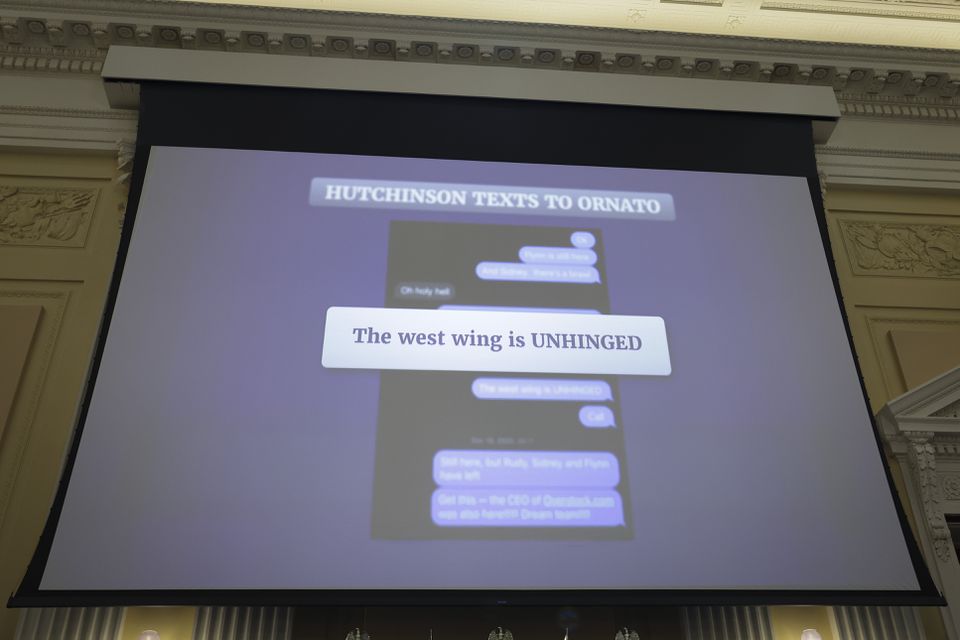 American Oversight, a non-partisan watchdog group, revealed the latest deletion on Tuesday, having discovered it through freedom of information (FOIA) requests to the Department of Defense (DoD). The DoD and the Army admitted in court filings to American Oversight that the phone messages of senior Trump officials were “wiped” after the administration handover, including text messages from the day of the deadly attack on Congress by Trump’s supporters. In its FOIA request, American Oversight sought the release of communications between senior officials and Trump, his vice-president, Mike Pence, his chief of staff, Mark Meadows, “or anyone communicating on their behalf on January 6th.” Among officials whose communications are at issue are the former acting defense secretary Chris Miller; former army secretary Ryan McCarthy; Kash Patel, who was Miller’s chief of staff; Paul Ney, formerly Pentagon general counsel; and James E McPherson, formerly general counsel of the army.

We wrote to AG Merrick Garland to ask him to investigate the apparent destruction of federal records by DOD and the Army — records that could have shed light on critical open questions about the Jan. 6 attack.https://t.co/4ffTATwSAR https://t.co/cUNZ7bVnFw

But who ordered all of the deletions in the first place? Since the January 6th House Select Committee’s hearings have shown that Donald Trump was involved with every part of the plot to keep him in power, it’s possible the order came from a top Trump administration official, or even directly from Trump himself, suggests former chief White House ethics lawyer Richard Painter, who appeared on “The Reid Out” on Tuesday. “Not only do we have the destruction of government documents, but obstruction of justice, in not one but three government agencies. I strongly suspect that the orders for the destruction of this evidence came from the White House and perhaps from the president,” Painter told host Joy Reid.