Two months after the horrifying Uvalde, Texas, school massacre, Texas state police announced an internal review into the lack of any response from the dozens of troopers who were at Robb Elementary during the 73 minutes of frustrating and maddening inaction by law enforcement as a gunman slaughtered 19 children and two teachers while parents begged for them do something as their children screamed for help.

The report, which was made public on Sunday, made it stunningly clear for the first time just how massive a presence state police and U.S. Border Patrol had on the scene during one of the worst school shootings in U.S. history. Despite outnumbering the teenage gunman by the hundreds, video released to the public made it obvious they still all stood by while the victims were bleeding out. 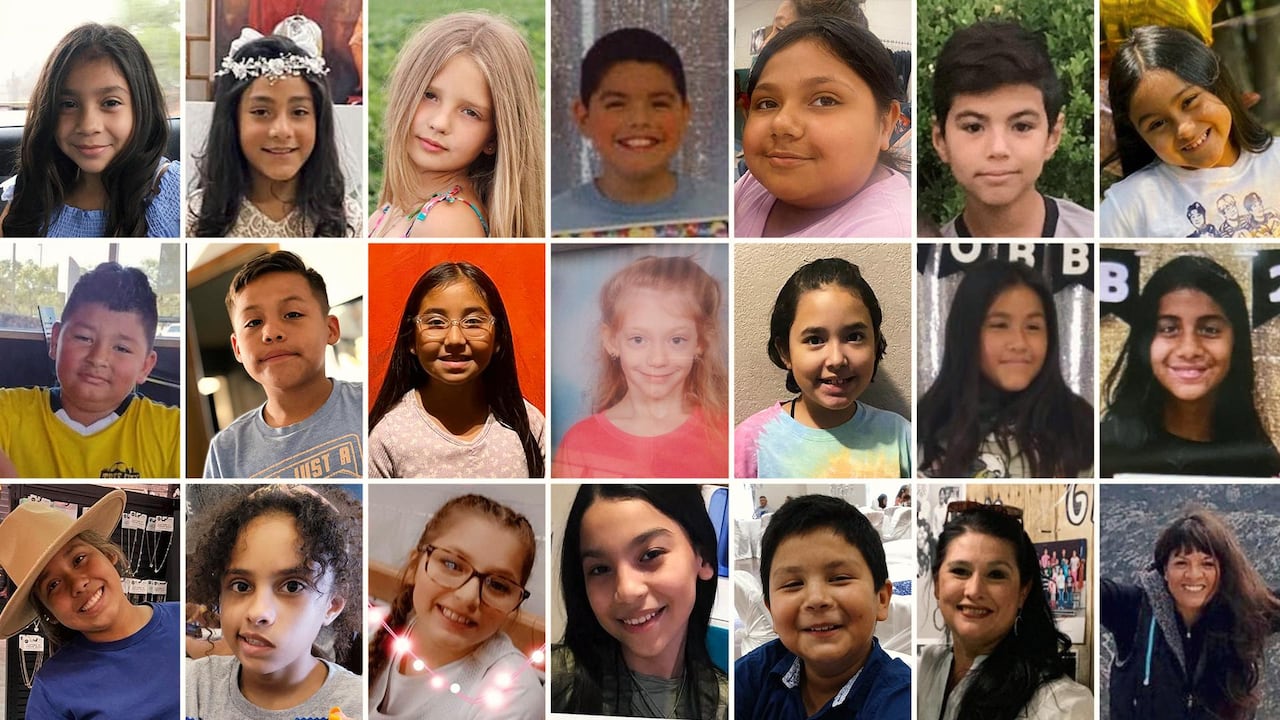 The fallout continued well into Monday from the damning 80-page report released over the weekend by the Texas House that revealed failures at all levels of law enforcement and identified 91 state troopers at the scene — more than all Uvalde officers combined. It also amounted to a public shift by the Texas Department of Public Safety (DPS), which until now has largely criticized local authorities for failing to confront the gunman sooner. The report also shines a new spotlight on the roles of state and federal agencies whose leaders, unlike local authorities, haven’t had to sit through meetings where they were confronted by the furious parents of the dead children.

The report’s findings showed that Border Patrol agents and state troopers made up more than half of the 376 law enforcement officials who rushed to the South Texas school on May 24th but then spread the responsibility for a slow and bungled response far wider than previous accounts that emphasized mistakes by Uvalde officers.

The report made clear that “egregiously poor decision making” by authorities went beyond local law enforcement in Uvalde, who were eventually outnumbered more than 5-to-1 by state and federal officers at the scene. Other local police from the area around Uvalde also responded to the shooting. “You got 91 troopers on the scene. You got all the equipment you could possibly want, and you’re listening to the local school cop?” said state Sen. Roland Gutierrez, a Democrat whose district includes Uvalde and who has accused DPS of seeking to minimize its role in the response.

According to the report, the gunman fired approximately 142 rounds inside the school — and it is “almost certain” that at least 100 shots came before any officer entered, according to the committee, which laid out numerous failures. Of the nearly 400 officers who converged on the school, only two are currently known to be on leave pending an investigation into their actions: Pete Arredondo, the Uvalde Consolidated School District police chief, and Lt. Mariano Pargas, a Uvalde Police Department officer who was the city’s acting police chief during the massacre.

I am haunted by the question of how many Uvalde kids would still be alive if a single police officer had the courage to do their job.