It’s easy to make fun of celebrities who use their social media accounts who seem to jump on the latest political bandwagon just for clicks, but there are plenty of famous people who put their money where their clout is and show up during a crisis when politicians often can’t.

Meanwhile, Republicans who can’t seem to grasp that Ukraine is actually America’s ally and Putin is the Bad Guy are out here making fun of the very same celebrities who are at least doing something other than just tweeting misinformation or grandstanding on the House floor. Which brings us to Sean Penn. 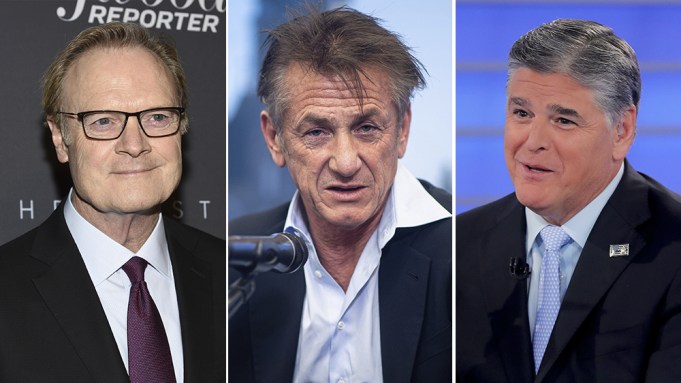 Penn is so driven to get the truth of the Ukraine invasion to the world that he’s not just appearing on the more liberal news outlets, but he’s also spoken with Sean Hannity on Fox News. Reaching all of America matters in this case, Penn argues, because the truth about Putin’s invasion needs to be heard. Penn, never one to hold back, told Hannity he doesn’t trust him “for lots of reasons.” If only more people said this right to Sean Hannity’s face.

Penn went to Ukraine in February to shoot a documentary for Vice about the Russian invasion of the country. He has since traveled between Ukraine and Poland and has brought his trademark brutal honesty to all of the interviews he’s given about his experience on the ground in a war zone. Hannity’s just a big ol starf*cker here (that fake look of concern on his face is so UGH), but if even one regular Fox News viewer got some facts from Sean Penn, then so be it.

CORE's co-founder @SeanPenn, who in addition to appearing on @MSNBC last night, joined @SeanHannity on @FoxNews to advocate for Ukraine and discuss the work CORE is doing to provide lifesaving relief for refugees in #Ukraine, Poland, and Romania. pic.twitter.com/gamfkRHRCC

Sean Penn definitely had a better chat with Lawrence O’Donnell, because MSNBC is still broadcasting from Earth One. Watch their discussion, during which Penn calls Ukrainian President Volodymyr Zelenskyy “born for this” moment of leadership, and that Ukraine will win the war because the country is united “together” against their common enemy.