After weeks of relative calm in the Ukrainian capital, Russia attacked Kyiv early Sunday with long-range missiles in an apparent show of force from the Kremlin as Western leaders meet in Europe to strengthen their military and economic support of Ukraine.

Kyiv Mayor Vitali Klitschko said the missiles hit at least two residential buildings, and President Volodymyr Zelenskyy said a 37-year-old man was killed and his 7-year-old daughter and wife injured. The missile strikes also damaged a nearby kindergarten, leaving a crater in its courtyard. Associated Press journalists reported they saw emergency workers battling flames and rescuing civilians. Later on Sunday, a railroad worker was killed and several others were injured in the attacks while servicing rail infrastructure. 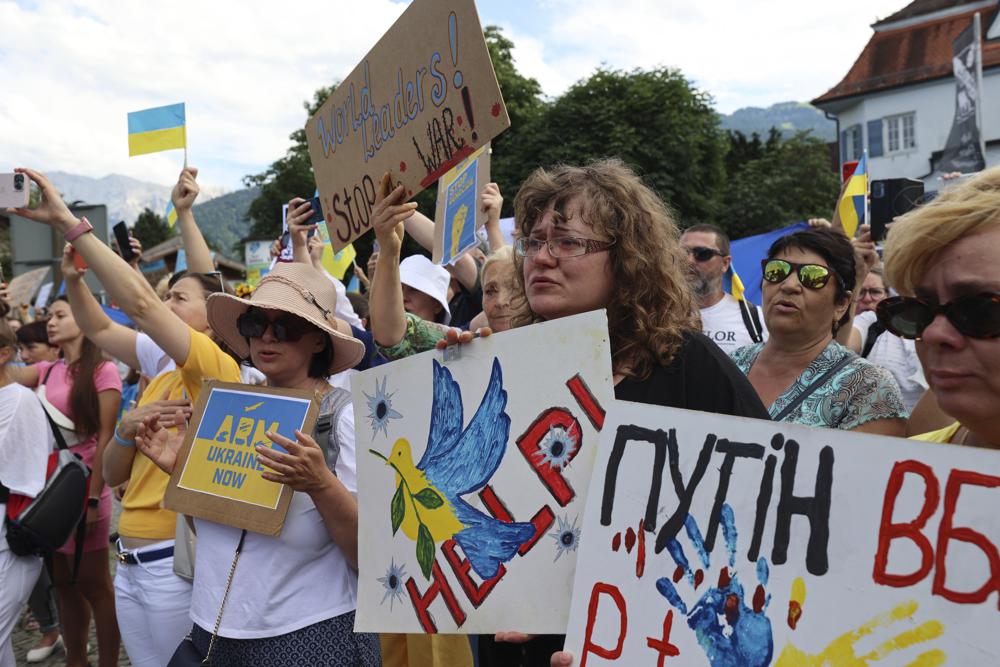 Kyiv’s mayor told journalists he thought the airstrikes were “maybe a symbolic attack” ahead of a NATO summit in Madrid that starts Tuesday. A former commander of U.S. forces in Europe said the strikes also were a signal to the leaders of the Group of Seven (G7) nations meeting Sunday in Germany. “Russia is saying, ‘We can do this all day long. You guys are powerless to stop us,’” retired Lt. Gen. Ben Hodges, the former commanding general of U.S. Army forces in Europe, said. “The Russians are humiliating the leaders of the West.”

Putin hit Lviv as Biden was giving a speech in Warsaw.
Putin hit Kyiv when Guterres was in the city after Bucha trip.
Putin hits Kyiv on a massive scale as G7 leaders are gathering in Elmau for a summit.
And he's going to do it over and over again. This is his way of negotiating

Zelenskyy, speaking in his nightly video address, appealed to the G-7 leaders for more help, saying stopping Russian aggression “is possible only if we get everything we ask for, and in the time we need it – weapons, financial support, and sanctions against Russia.”

Confirmed: 14 rockets were launched this morning on #Kyiv alone.#Russia has gone mad on the eve of the #G7 summit and after #Ukraine got #EU candidate status. But this is not reason to start appeasing #putin. Ukraine stands and the world must continue to stand with it

President Joe Biden called the attacks “ more of [Putin’s] barbarism” after he arrived in Germany for the G7 summit.