*Note from the Editor:
With permission from Really American, we are proud to bring you their newest video. This is not a news story. It is a video commentary and a powerful statement, directly from their website. We will bring you their videos regularly, as they produce them.-BDG

As tensions continue to mount in Portland, Oregon, the team at the Really American political action committee has released a new video. The newest Donald Trump attack ad from the PAC details the Gestapo like tactics being implemented by the Trump administration. 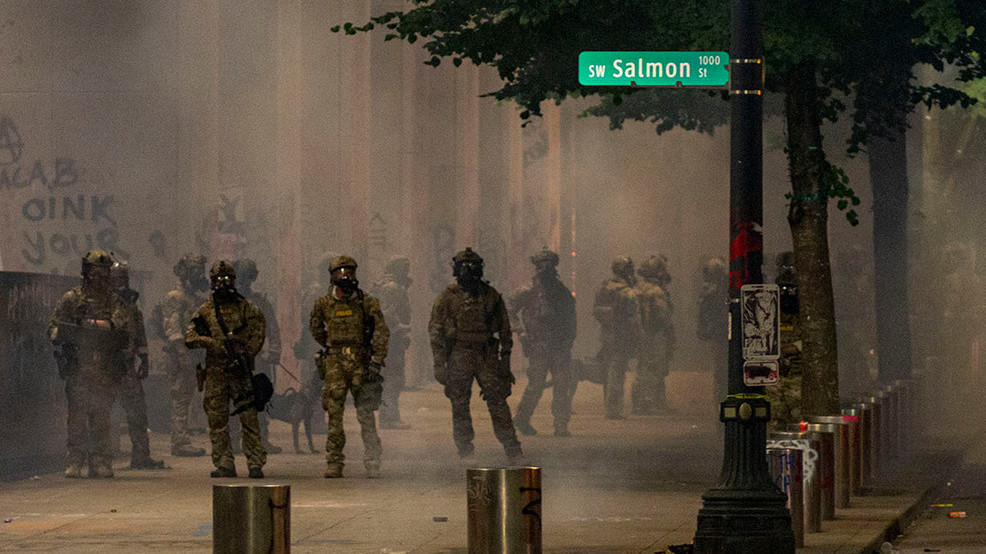 The ad features the President’s own words, contrasted to the Portland mayor’s, while overlayed with b-roll footage taken from chilling scenes that have unfolded in Portland within the last week. Those scenes including Portland’s mother’s under attack, American citizens being violently taken off the street by unidentified federal agents, and other impactful moments from the city’s escalating crisis.

Donald Trump has threatened to follow similar actions in the near future, potentially deploying camouflaged federal agents to Democrat-run cities all throughout the United States.

In a recent interview, the President made the following threat: “Well, I’m going to do something. That I can tell you – because we’re not going to – New York and Chicago and Philadelphia, Detroit and Baltimore and all of these – Oakland is a mess. We’re not going to let this happen in our country. All run by liberal Democrats.”

The POTUS’ actions have raised alarm bells throughout the country as civil rights and state rights activities have questioned whether the Trump administration is attempting to engage in a federal takeover of state’s rights and/or voter intimidation.

Please consider donating to Really American by CLICKING HERE so they can continue making these high-quality videos our country needs.