Sometimes in politics, keeping your enemies closer doesn’t make any sense, and it’s usually in relation to Republicans and the removal of personal rights.

While President Joe Biden has quietly made a record number of judicial appointments which have brought more diversity to the bench than ever before, his consideration of an anti-choice lawyer for a judgeship in Kentucky struck a negative chord with fellow many Democrats and one prominent Kentucky Republican, Rand Paul. White House spokesperson Andrew Bates said on Friday that since Paul would not be consenting to Chad Meredith’s nomination, effectively vetoing President Biden’s move to put him on the bench, the Biden administration will not be nominating Meredith. 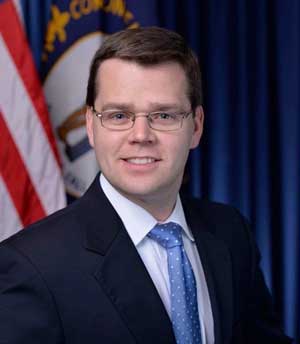 Chad Meredith served as chief deputy general counsel to former Republican Kentucky Governor Matt Bevin, who was in office from 2015 to 2019. In this role, the almost militantly anti-choice Meredith helped the state defend a 2017 law that required doctors to perform ultrasounds and show images of the fetus to patients before performing an abortion. Meredith also helped put together the former governor’s slate of controversial pardons, which included people convicted of murder and rape.

We spoke up, and made everyone listen. But let’s be clear, the ONLY reason Rand Paul opposed McConnell’s anti-humanity, anti-abortion judge was so he could appoint his own. This is a petty power game. Both of them need to go.

In a group statement, a coalition of national abortion advocacy groups denounced news of the potential nomination. “We are in this moment because anti-abortion judges were intentionally nominated at every level to take away our fundamental right to abortion – and given his record, we know Chad Meredith would be no exception,” the statement read.

"It's an unimaginable betrayal" – @AngryBlackLady on the deal between the Biden administration and McConnell to place anti-abortion judge Chad Meredith on the federal bench in Kentucky. pic.twitter.com/BmMOLaFty6

Senate minority leader Mitch McConnell had said that President Biden was close to taking up Meredith as his judicial pick “as a personal friendship gesture”, the Kentucky senator told the New York Times. McConnell said that no specific deal was made between himself and President Biden, but rather that it represented the “collegiality” that exists between them. It’s possible the President was only better informed about Meredith until after his conversations with the notoriously shrewd McConnell.