[UPDATE: Police have identified a person of interest, Robert Crimo, in connection with the shooting, but have not yet apprehended him. Original story continues below]

At least six people were killed and two dozen others hospitalized in a mass shooting at a Fourth of July parade in Highland Park, Illinois, police officials said at a press conference Monday.

Lake County sheriff’s office deputy chief Christopher Covelli said at the press conference Monday that the suspect was an 18- to 20-year-old white male with long black hair who should be considered “armed and dangerous.” The subject was still at large at press time and locals were cautioned to remain at home or otherwise sheltered in place. Police believe the shooter acted alone. 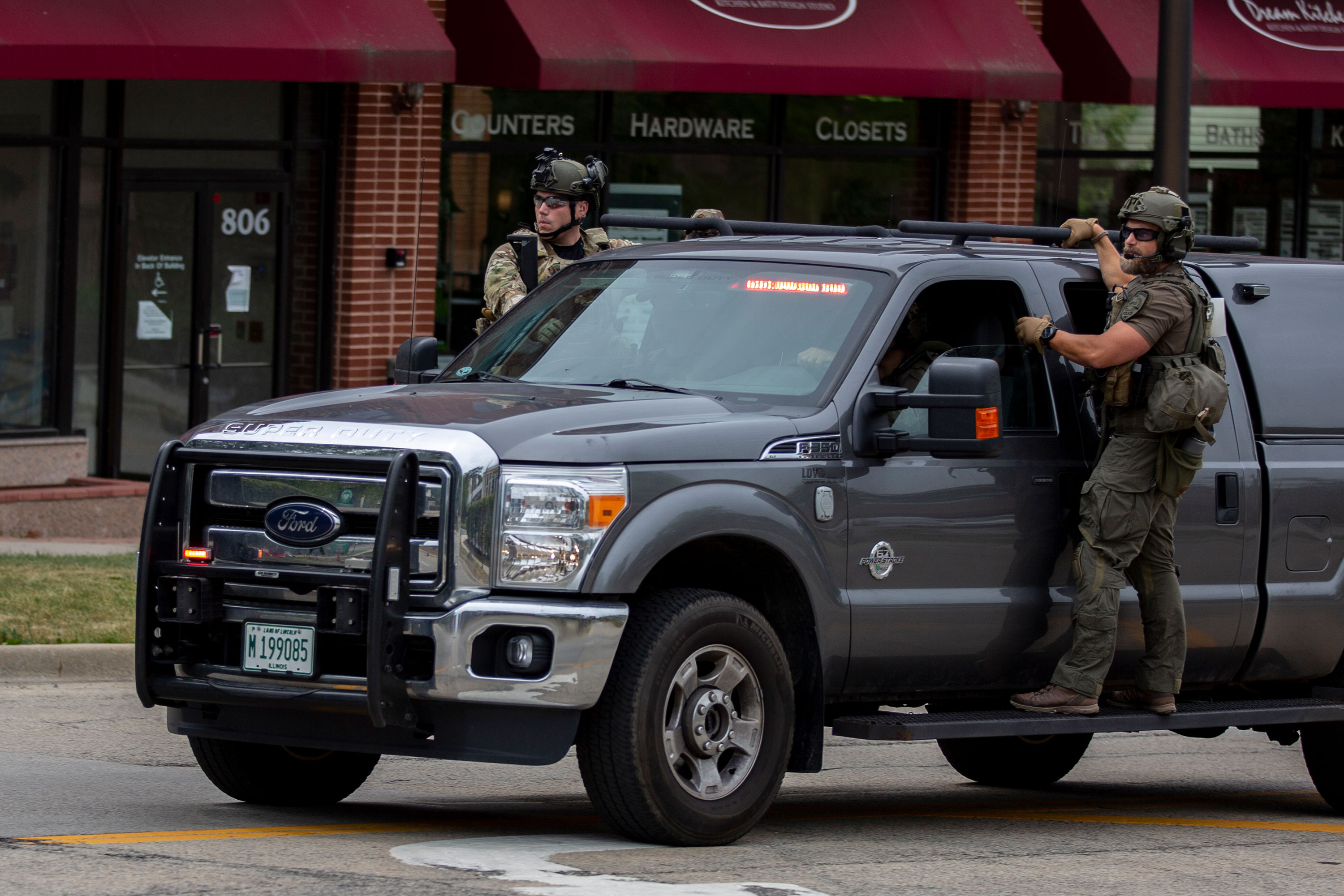 Covelli confirmed that a high-power rifle believed to have been involved in the massacre has been recovered from the rooftop where they believe the shooter gained access by a non-secured ladder in the alley of the building.

Other Fourth of July events in neighboring suburbs were being canceled “out of an abundance of caution.” The Chicago White Sox also released a statement announcing a pregame moment of silence and calling off their planned postgame fireworks.

President Joe Biden and First Lady Jill Biden released a statement on Monday in response to the deadly parade shooting that took place on an already bittersweet Fourth for most Americans. “Jill and I are shocked by the senseless gun violence that has yet again brought grief to an American community on this Independence Day,” President Biden said in a press release from the White House. “As always, we are grateful for the first responders and law enforcement on the scene.”

Eyewitnesses describe a scene of panic and chaos as the shooting broke out at 10:14 a.m.

Paradegoers report they first thought the noise was fireworks, and upon realizing there was a shooting they grabbed their kids and ran away as fast as they could, leaving lawn chairs, strollers, and bags of belongings strewed on the sidewalks.

A witness to the Highland Park, Illinois shooting put his son in a garbage dumpster for his safety while he searched for the rest of his family pic.twitter.com/fROHYnbyN3

As said, I ran through the Highland Park parade route 45 minutes before the shooting. There were police (with guns and body armor, as is now standard) everywhere, handling traffic, helping the setup.

Highland Park is an affluent suburb with a large Jewish population. At least 31 people have been transported to local hospitals as of press time.