Mary Trump: My ‘Physical Coward’ Uncle Would Have Been Escorted Through Crowd on J6 [VIDEO]

A Republican candidate for Michigan governor pleaded not guilty on Thursday for his actions during the insurrection at the U.S. Capitol on January 6, 2021, when he says he and other Trump supporters were “exercising their free speech rights.”

Ryan Kelley appeared via video for a brief hearing in federal court, just weeks after the real estate broker was arrested at his home in western Michigan and charged with several misdemeanors for his role in the riot. Kelley is accused of disruptive conduct, injuring public property, and entering restricted space without permission. While he didn’t speak much during the hearing, Kelley said at a debate Wednesday night that he and others at the Capitol were “unhappy” with the 2020 presidential election, when Trump lost to Democrat Joe Biden, and he tried to diminish the insurrection by calling it an “activity.” 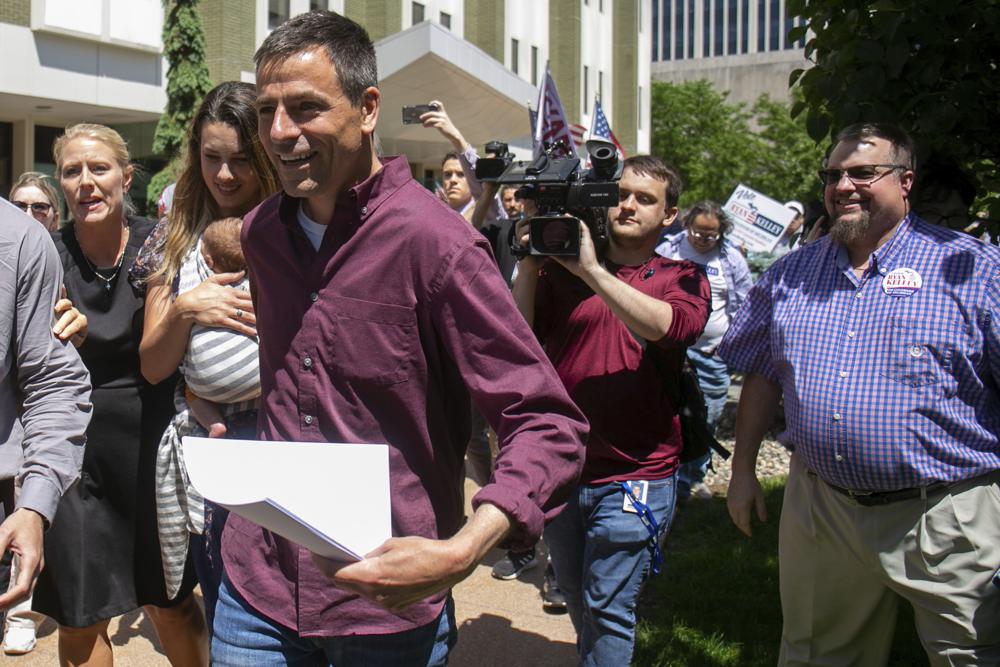 “That was a First Amendment activity by a majority of those people, myself included,” Kelley said. “We were there protesting the government because we don’t like the results of the 2020 election, the process of how it happened. And we have that First Amendment right. And that’s what 99% of the people were there for that day.”

MI gov. candidate Ryan Kelley presents his evidence that the 2020 election was “stolen.”

According to federal investigators. Kelley was recorded on video outside the U.S. Capitol on the day of the insurrection, repeatedly waving to the crowd and directing them toward stairs leading into the building. He used his phone to “film the crowd assaulting and pushing past U.S. Capitol police officers” and was in a crowd that climbed stairs to a Capitol entrance after causing police to retreat, the FBI said.

A visibly flustered Ryan Kelley—recently charged for his actions on Jan. 6—answers this question during tonight’s debate: If you won the governors race & Whitmer declared the election stolen, then calls on Michiganders to block the peaceful transfer of power, what would you do? pic.twitter.com/IX4vlXoaBN

Kelley decided to run for governor after leading protests against Whitmer and the restrictions she imposed during the coronavirus pandemic. They included a rally at the Michigan Statehouse in Lansing, where heavily armed militias entered the building.