What if a disgraced twice-impeached one-term former guy currently under multiple federal investigations threw a golf tournament backed by Saudi Arabian blood money and nobody came (except a whole lot of protestors)?

Maybe it was the fact that he buried his first ex-wife just steps away from the first hole in a “discreet” grove of trees set aside for the family plot at the newly tax-exempt Bedminster Golf Club in New Jersey. Or that whole January 6th thing. Or maybe it was LIV Golf’s connection to Saudi Arabian human rights violations and the country’s direct involvement with the September 11, 2001 terror attacks, which accounted for all of the protesting. But whatever it was, the crowds have stayed away from the celebrity-packed tournament, with the protestors outside outnumbering the spectators inside. 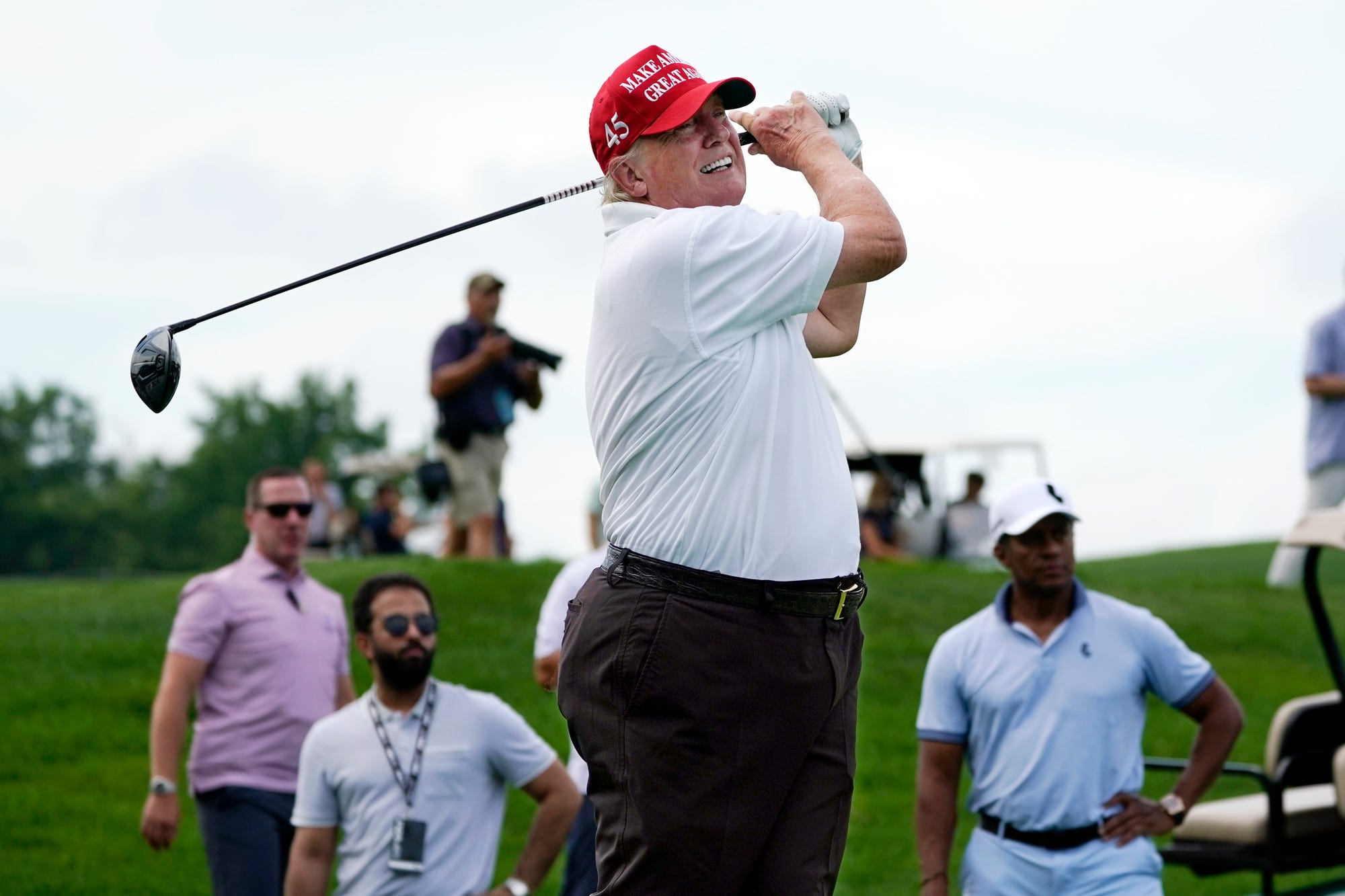 Also, I have a hard time choosing the worst pictures of Trump from this event, because they’re all gloriously awful.

Okay, I’ll stop. You might be eating. But also keep in mind:

Anyway, small crowds are Trump’s worst nightmare. Sean Spicer’s first lie to the press was the lie about the “record” attendance at Trump’s inauguration. That lie has continued regarding the attendance at Trump’s ego rallies, and he even inflated the crowd size on January 6th. So the optics from the puny crowds at his big deal golf tourny are really going to piss him off.

The LIV Golf Tour is Trump‘s USFL all over again.

Everything he touches… fails. pic.twitter.com/2BEKCRIQ9g

Even more cringey: tickets are priced at $1 and they’re still not selling. Oh, that cackle I just had felt GREAT.

We made custom “Quiet Please” signs for the LIV Golf Tournament but weren’t allowed to bring them in for some reason. pic.twitter.com/9Bp0EXvmO8

They also enjoyed themselves at Trump’s expense on “Morning Joe” Monday morning. Sometimes you have to let the newspeople have our fun or we’ll lose our minds. Drag away, compadres!