Former “Daily Show” host turned veterans advocate Jon Stewart joined both House and Senate Democrats to call out Senate Republicans for failing to pass the Promise to Address Comprehensive Toxics (PACT) Act of 2022. “I’m used to the hypocrisy … but I’m not used to the cruelty,” Stewart said of the Republicans.

The bill would open up the Department of Veterans Affairs (VA) health care to millions of Iraq and Afghanistan veterans who were exposed to toxic substances during their service even if they don’t have a service-connected disability. The bill also would provide new or increased disability benefits to thousands of veterans who have become ill with cancer or respiratory conditions such as bronchitis or chronic obstructive pulmonary disease. Most significantly, the bill offers benefits to those who were exposed to toxic burn pits or to the deadly herbicide Agent Orange. 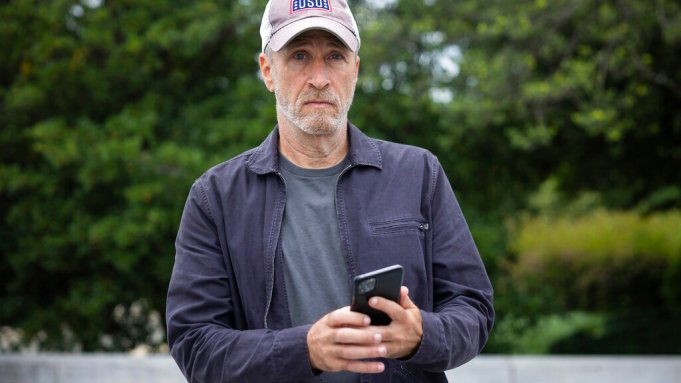 The military has used burn pits to incinerate waste, hazardous material, and jet fuel, but troops that have breathed the toxic fumes have reported a range of illnesses. President Joe Biden has suggested that the brain cancer that killed his son, Beau, may have been linked to his exposure to burn pits when he served in Iraq and Kosovo. Senator Jon Tester (D-MT) railed against the obstruction, calling it “political malpractice” to vote against sick veterans.

Stewart specifically called out Pennsylvania Republican Pat Toomey, who said from the Senate floor that he declined to support the bill because it would include what he called a “budget gimmick.” Stewart excoriated him in a blistering thread on Twitter, saying, “For the veterans, and their families and caregivers who will bear the brunt of this nonsense … this isn’t over … we will never stop the fight until this country honors its promise to you.”

6 trillion for war- No guidelines or oversight…but for Veterans Healthcare?? Let’s play budget gimmick games. We live in the upside down.

PS Fuck the R caucus and their empty promise to our veterans.

Stewart held an impromptu news conference on Thursday where he continued to blast the Republicans for taking care of this country’s military veterans once they’ve returned home.