Plenty of people are furious over the Supreme Court’s decision on Friday to overturn Roe v Wade, which removes the Constitutional right to legal and safe abortion access for all Americans. As protests spontaneously popped up across the country all weekend, Democrats began their attempt to mobilize voters into action by sending out fundraising emails and texts, a tactic critics say isn’t nearly enough of a response.

At the same time, the fact that some members of the Senate have expressed “alarm” that the three SCOTUS Justices nominated by the lyingest liar in the history of lying lied about Roe being settled law during their confirmation hearings is just maddening. 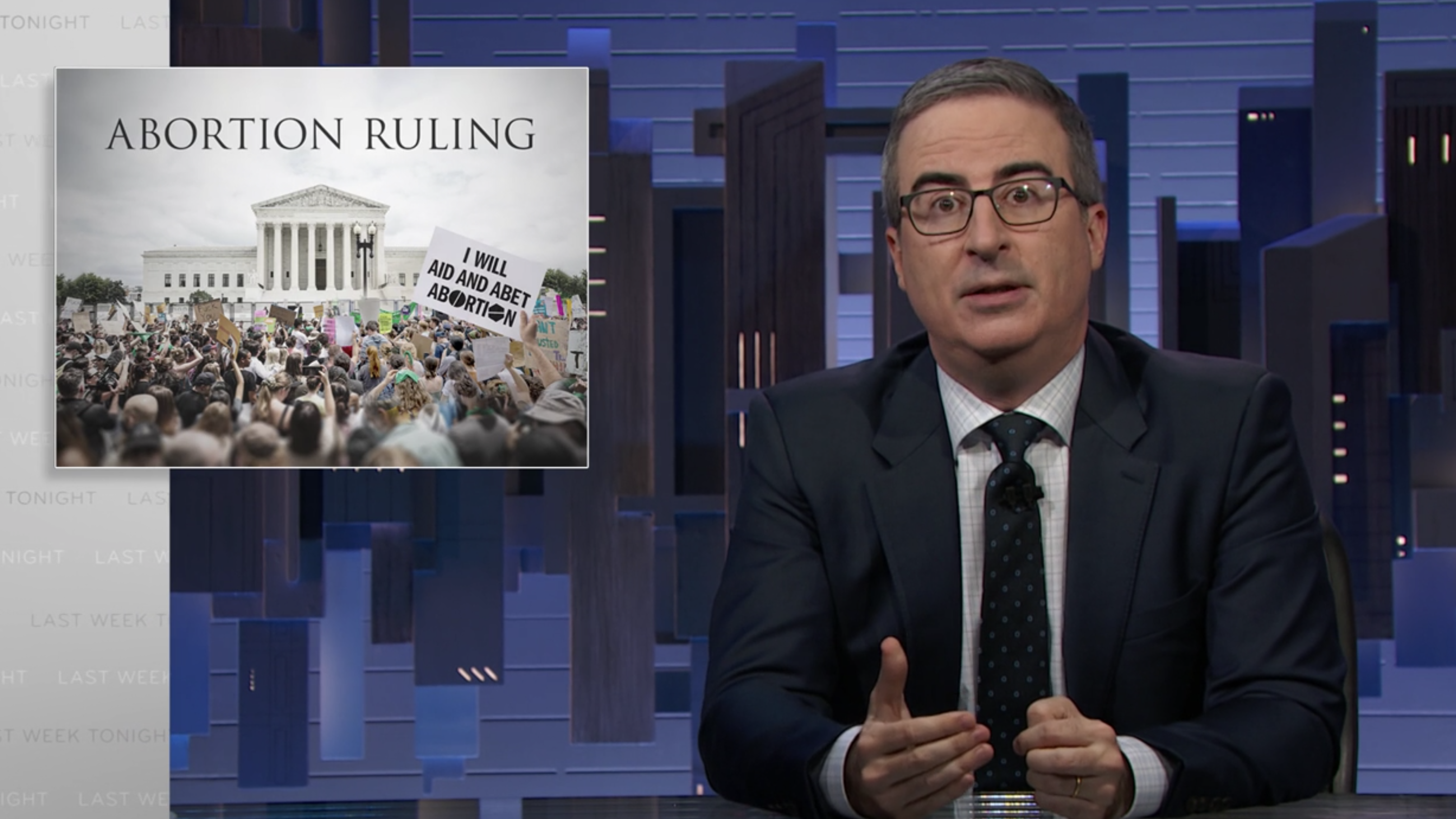 John Oliver devoted his first segment on Sunday’s “Last Week Tonight” dragging Sen. Susan Collins, Justice Clarence Thomas, and the Democrats who haven’t had an angry enough reaction over the ruling. Oliver said of Thomas: “Clarence Thomas wants to uphold the sanctity of marriage, because as we all know marriage is between one man credibly accused of sexual harassment, and one woman who wanted to overthrow a presidential election. You know, the way God intended.”

While the overturning of Roe v. Wade will have a devastating impact on the nation for the foreseeable future, there are people who need help getting an abortion right now. Organizations like these help with things like funding, travel, and childcare while seeking an abortion. pic.twitter.com/0BQbhXqDmb

Oliver also ripped Collins, saying, “what kind of idiot would even pretend to believe any kind of reassurances from these justices? You’re right, it’s Susan Collins. Susan Collins would absolutely be that f–king idiot.”

And finally, if you're feeling particularly frustrated with our court system, here's our 2020 piece on the Supreme Court: https://t.co/4vMTyoObBc

[WATCH] Lauren Boebert Is So Dumb, She Doesn’t Understand That LGBTQ People Can Get Pregnant

Oliver later said of some Democrats, “And it has been dispiriting to see so many Democrats this week utterly fail to meet the moment. A moment, by the way, they had nearly two months to plan for. Nancy Pelosi read a poem. One Rep. tweeted a picture of himself doing yoga, and so many Democrats sent out requests for money, really fulfilling that old Democratic adage, when they go low, we ask you for fifteen dollars. All of which seemed so completely out of touch with how people were feeling.”

(PS, I also encourage you to watch the segment on water that follows the opening segment)

It’s great to know high-profile Democrats like Sen. Amy Klobuchar are “outraged,” but no sitting Democratic member of Congress is talking about the Republican effort to block all election results they don’t like.