While Thursday night’s blockbuster January 6th Committee Hearing contained compelling testimony from eyewitnesses and shocking new footage of the crowd marauding through the Capitol, the main takeaway of the night was that the entire thing was Donald Trump’s fault.

Chairman Bennie Thompson (D-MS) and Vice-Chair Liz Cheney (R-WY) were the only two members of the Committee who spoke or asked questions of the witnesses on Thursday night, but everything they said backed up their opening statements, where they each explained how Donald Trump was at the center of the effort to overturn the election and the subsequent riot that ensued. 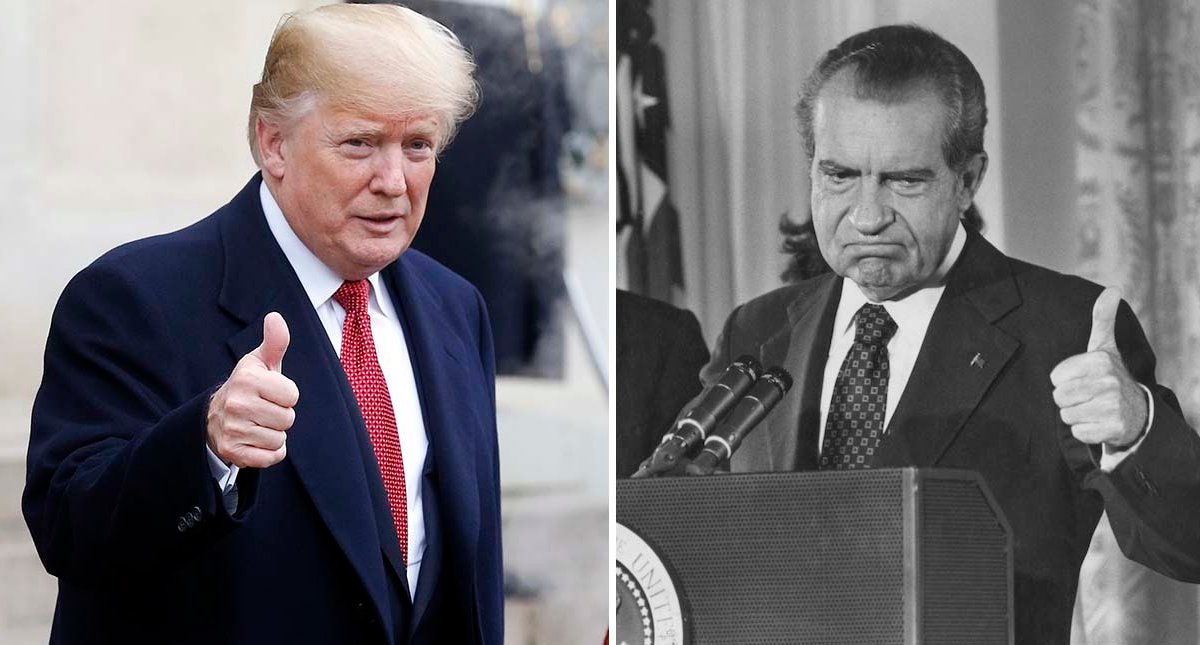 The hearings inevitably drew comparisons to the Watergate hearings, with those who were a part of them recently making the cable TV news rounds and all essentially saying the same thing: Trump is even worse than Nixon. While Trump isn’t going along with the GOP counter-narrative to the hearings–he ranted extensively on his own site, Truth Social, and Kevin McCarthy is now going as far as to literally blame the American public for the January 6th insurrection–it’s possible those closest to him may choose

Donald Trump has posted 14 deranged rants on Truth Social about the J6 Committee since the hearing ended. But he’s not worried.

Donald Trump watched the riot on TV as if they had nothing to do with him. As the hearings continued to blame him for the violence of the day, another Watergate veteran thinks it’s only a matter of time before those in Trump’s inner circle choose themselves over their loyalty to Trump. Perhaps those who asked him for, but were denied, Presidential pardons before he left office.

John Dean, who was former President Nixon’s White House counsel and testified against Nixon about the Watergate scandal, discusses the January 6th hearings and if there’s a potential key witness that could turn against Trump. Watch his take, below.