President Joe Biden’s big economic, health care, and climate bill was revived thanks to a collaborative effort between centrist Democrat Joe Manchin of West Virginia and the more moderate New York Senate Majority Leader, Chuck Schumer. But Sen. Kyrsten Sinema (D-AZ) had rejected President Biden’s plan to raise the corporate tax rate from 21% to 28%, as she broke away early on in the process from her own party’s primary goal of reversing the Trump-era tax break Republicans gave to corporate America.

But now it seems Sinema is on board so that the Inflation Reduction Act can move forward, pledging her support after some tough negotiations. Democrats pushed ahead Friday on an estimated $730 billion package that reflects Sinema’s priorities and handiwork in many ways, and perhaps even more than the other political figures who have played a key role in delivering on President Biden’s signature domestic policy agenda. 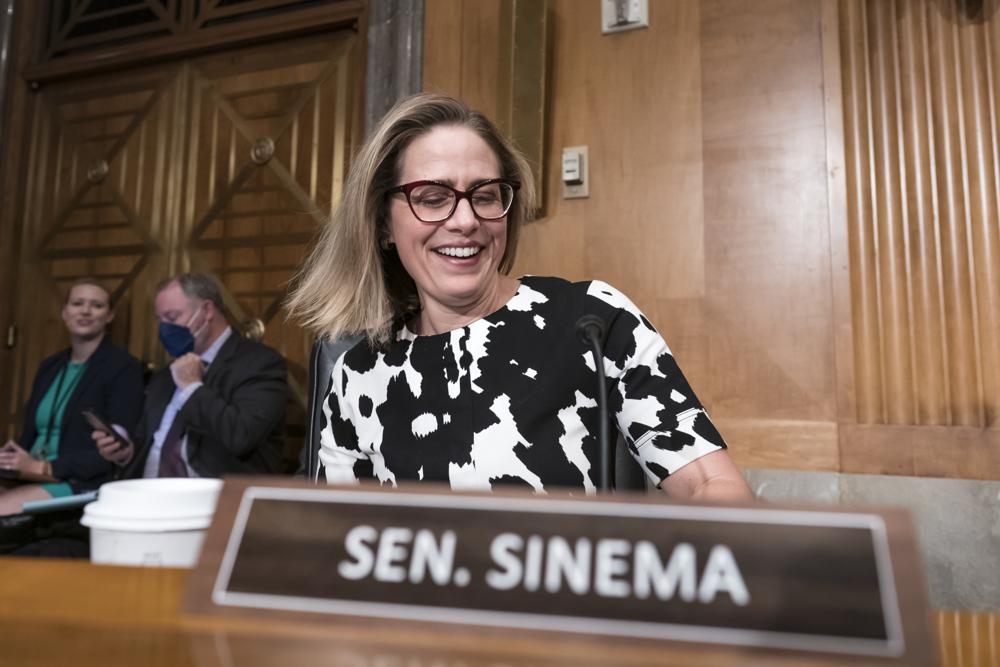 Sinema scaled back her party’s long-running plan to allow Medicare to negotiate lower drug prices with the pharmaceutical companies as a way to reduce overall costs to the government and consumers and also limited which drugs can be negotiated. She also insisted on climate change provisions, which forced Manchin, who has interests in the coal industry, to accept some $369 billion in renewable energy investments and tax breaks. Sinema also added more money to fight Western droughts.

Sinema continues to face criticism for her actions from both sides of the political aisle, with accusations of putting her own personal interests ahead of the bill itself. Democratic former Clinton-era Labor Secretary Robert Reich wrote, “The ‘carried interest’ loophole for billionaire hedge-fund and private-equity partners is now out of the Inflation Reduction Act, courtesy of Kyrsten Sinema. She’s up in 2024. Primary her and get her out of the Senate.”

The "carried interest" loophole for billionaire hedge-fund and private-equity partners is now out of the Inflation Reduction Act, courtesy of Kyrsten Sinema.

The bill would make health care gains for many Americans, capping pharmacy costs for seniors at $2,000 out of pocket and providing subsidies to help millions people who buy health insurance on the private market. It includes what the Biden administration calls the largest investment in climate change ever, with money for renewable energy and consumer rebates for new and used electric cars. It would mostly be paid for by higher corporate taxes, with some $300 billion going to deficit reductions.