On Friday, the House Judiciary Committee held its organizing meeting, during which freshman Representative Burgess Owens of Utah delivered a lengthy commentary in support of a motion brought by Representative Matt Gaetz to recite the Pledge of Allegiance during the meeting — a new trend among Republican legislators in an attempt to show their party is more patriotic than the Democrats. Rep. Owens, referencing the flag salute, told his colleagues “it’s not about words, it’s about actions.”

House Democratic Caucus Chair Rep. Hakeem Jeffries excoriated the pro-Trump Burgess for “lecturing” Democrats about patriotism after he voted to overturn the Electoral College victory of President Joe Biden over Donald Trump just hours after the violent and deadly insurrection at the Capitol on January 6th. 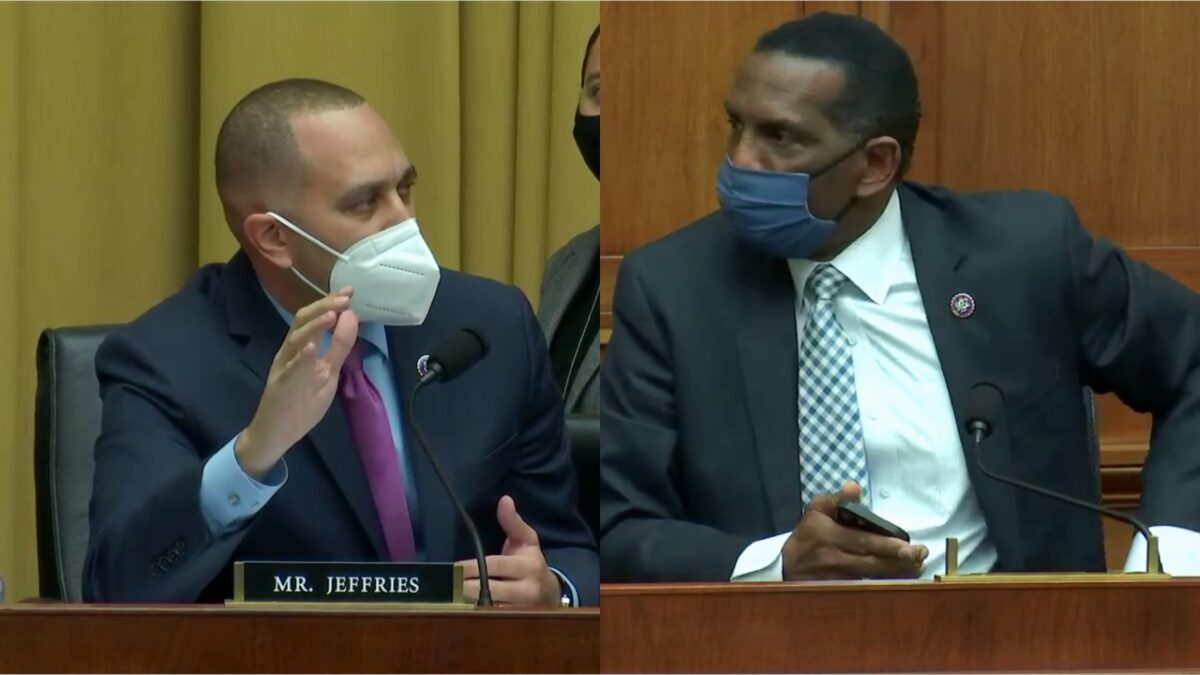 “I was hoping to engage with the new distinguished gentleman from Utah, as he sat here lecturing us about patriotism,” Jeffries began, “And I was just going to ask him how he voted after a violent mob attacked the Capitol to hunt down members of Congress, to hang Mike Pence, to assassinate Nancy Pelosi, to stop us from undertaking our constitutional responsibilities as part of the peaceful transfer of power, more than a hundred officers seriously injured, brain injuries, head trauma, one officer lost three fingers, another officer, because of an assault on him, is likely to be blind. Officer Sicknick died, blood was spilled, two other officers are no longer with us.”

Rep. Jeffries continued his litany despite several interruptions. “Yeah, you don’t want any of this, either,” he shot back at one point.

Watch the full heated exchange below.

This is 🔥 🔥 🔥. Rep. Hakeem Jeffries (@RepJeffries) drags Utah’s new Trump-supporting Black Republican (@BurgessOwens) for coming in on his first day and lecturing Democrats about patriotism when Owens voted to overturn the November election even after the Capitol insurrection. pic.twitter.com/mJ7cUJ0RSH