Let me just start this by saying I don’t think George Conway is any kind of a patriot, and I’ll never understand the Florida amateur dinner theatre version of Carville & Matalin he’s been performing with his wife, Kellyanne Conway, since 2015. Unfortunately, George is seen as the kind of blunt Beltway insider who can get away with dragging a fellow Republican while also totally pretending his wife didn’t repeatedly violate the Hatch Act while in that Republican’s employ.

Having said that, Conway isn’t wrong in his assessments of Donald Trump’s many public gaffes and irregular behavior, and their beef goes back aways. Much like Michael Cohen, Conway knows that when Trump says something out loud, he’s broadcasting plenty of things he should be covering up instead. So when the Former Guy made an appearance at the “Faith and Freedom” conference and started bloviating about getting back into the White House and pardoning a bunch of people as long as they stay quiet about January 6th and that whole failed coup thing, Conway called him out during an MSNBC appearance on Saturday morning. 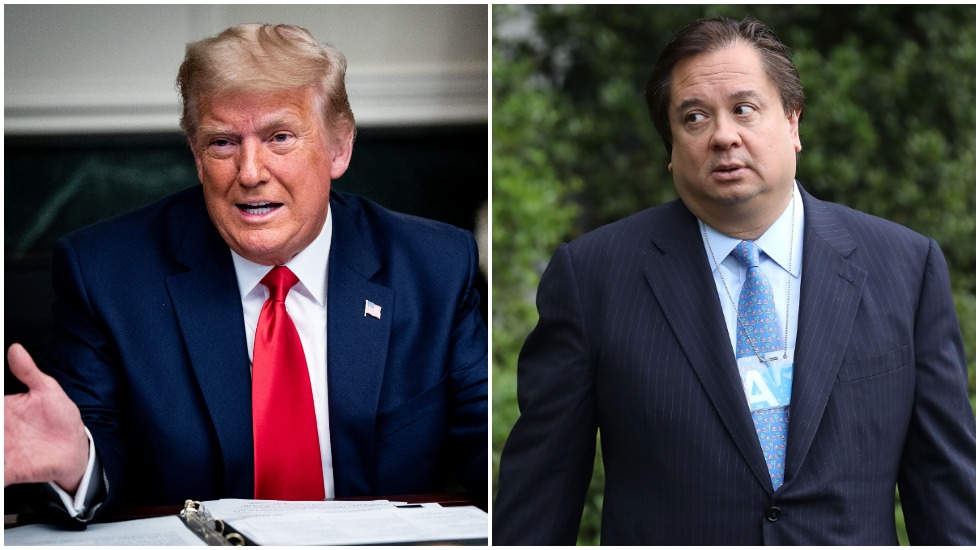 With former Trump aides and current family members who have testified and are still scheduled to testify before the House Committee, some have yet to speak to investigators. Conway said Trump is trying to derail the judicial system by trying to influence those who haven’t yet spoken to the Committee, but have either been requested to appear or subpoenaed.

I'm so glad he doesn't know that he has the right to remain silent and that anything he says can and will be used against him in a court of law https://t.co/LFbE6yKi45

Donald Trump “is capable of understanding things that are told to him. He just completely lacks a moral conscience.” @gtconway3d on Trump’s first on-camera reaction to the 1/6 cmte’s argument that he knew what he was doing was wrong. pic.twitter.com/wDS2UtW6s1