It’s not often that Fox News throws the world a curve and broadcasts the plain truth, although it’s something that’s been happening more and more lately now that the President of the United States isn’t a liar constantly feeding them outrage. Fox talking heads have admitted that the Coronavirus exists and that Joe Biden won the election, but then there’s still Tucker Carlson.

Apparently, Senator Ted Cruz (Q-TX) thought he would be getting more of a Carlson type experience when he spoke with Dana Perino on Thursday, but the host surprised both Cruz and the Twitterverse by asking him why he’s decided to stop wearing a mask when he traveled to Mexico and didn’t quarantine upon his hasty return. 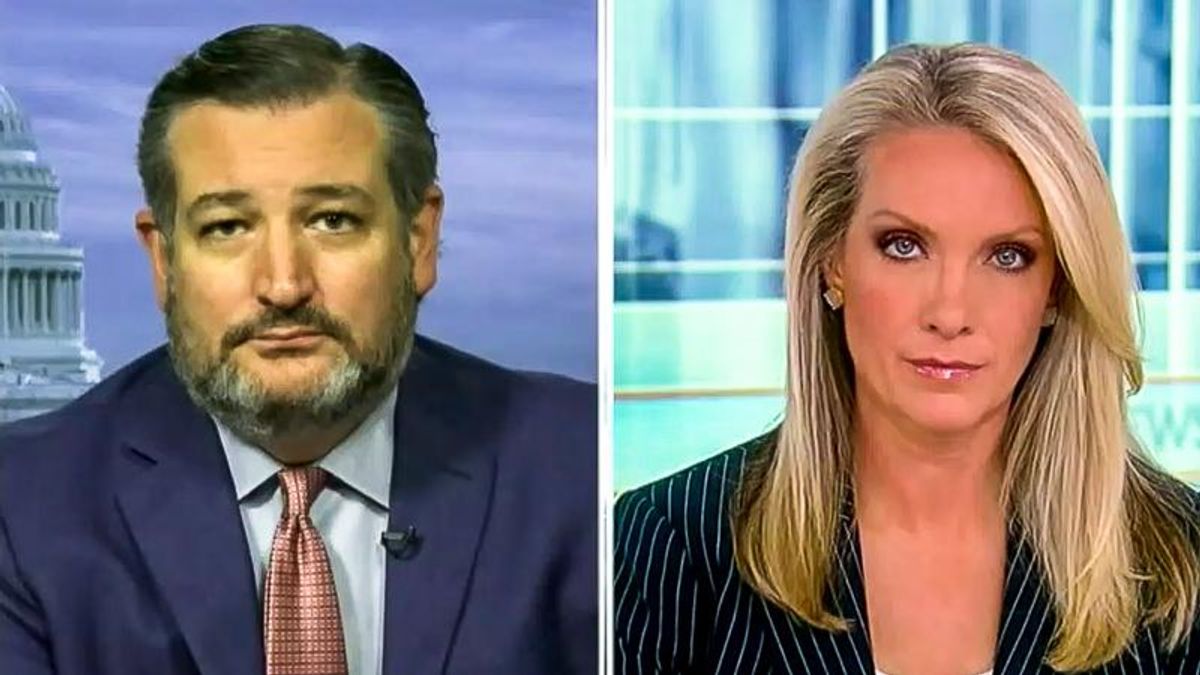 Perino’s co-host, Bill Hemmer, also asked Cruz about a recent confrontation with a reporter who asked him to wear a face mask. Cruz argued that he did not have to wear one because he had been vaccinated.

“That particular cameraman went and left and he decided he didn’t want to be at the press conference,” Cruz laughed. “That’s fine. He’s welcome to make that choice. You know, at some point it is a little silly.”

According to Cruz, reporters don’t “throw a fit” and run “screaming out of the room” when Democrats speak at press conferences without wearing a face mask. “It’s particularly absurd when every senator there has been vaccinated,” he continued. “At some point, it just becomes theater, it just becomes a virtue signal as people wear two, three, four masks. Listen, I’m not someone who says never wear a mask. I think you should use common sense but people have gotten pretty crazy about this stuff.”

Since Ted Cruz refuses to wear a mask when talking to TV cameras, how about no longer putting him in front of a TV camera? Multiple problems solved.

As the interview concluded, Perino explained why it was important for vaccinated people to continue wearing masks. “The CDC is still saying even if you’ve been vaccinated, you still could be a carrier and then you could pass it on,” she said.