Jason Van Tatenhove, the former Oath Keeper who left the militia several years ago when their rhetoric grew too “violent and Antisemitic” for him, told the January 6th House Select Committee on Tuesday that he’s very worried about election security based on what he knows about the people who remain loyal to Donald Trump.

Van Tatenhove explained that the group is shifting “further and further right — into the alt-right world, into White nationalists and even straight-up racists and it came to a point where I could no longer continue to work for them.” He also told the panel during its seventh televised hearing that the American people should know it could have been far worse. “We’ve gotten exceedingly lucky that there has not been more bloodshed,” Van Tatenhove said, adding that “the potential was so much more.” But he also had a chilling prediction about the consequences if there’s no accountability for Trump and his co-conspirators. “I do fear for this election cycle because who knows what that might bring,” he said. 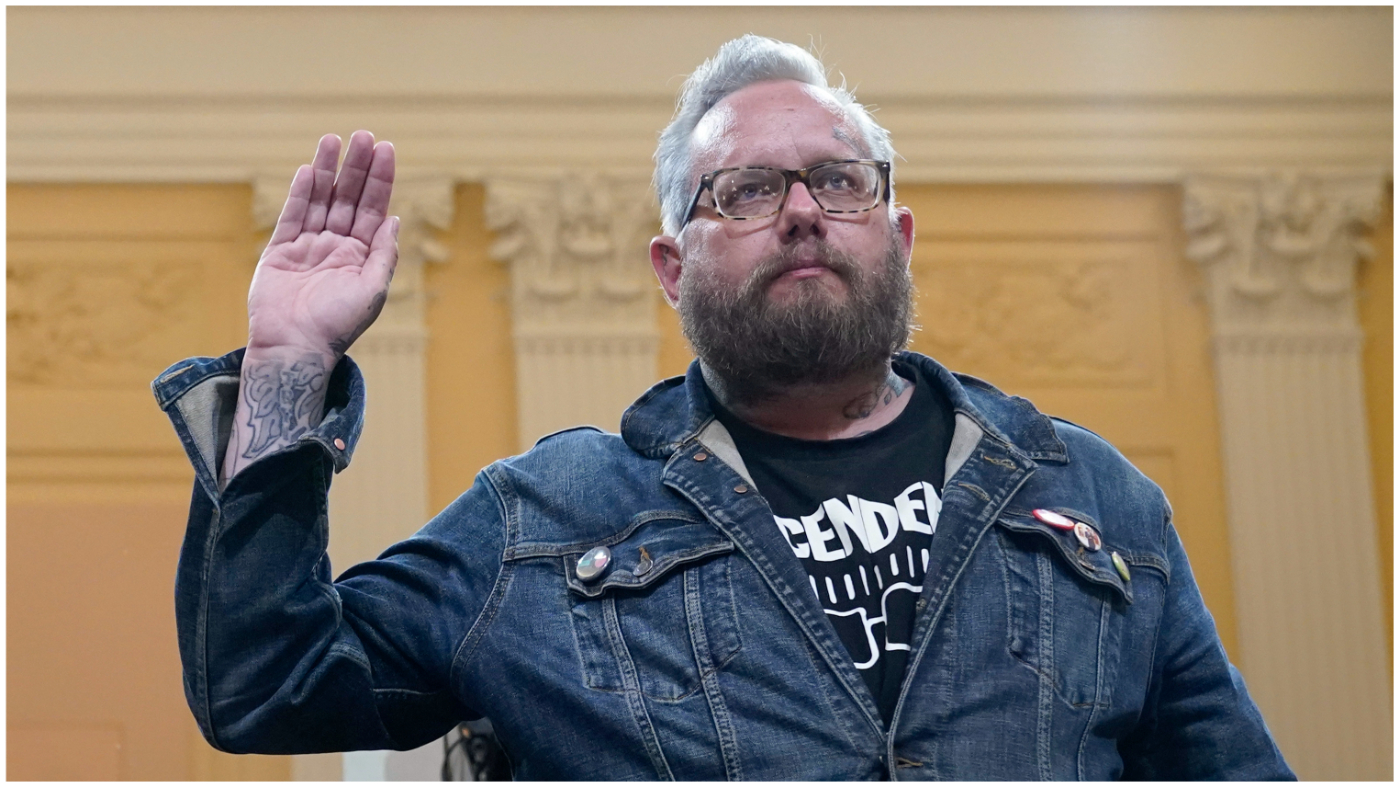 Quick aside: Descendents are not down with this.

We completely disavow groups like the Oath Keepers and in no way condone their hateful ideology.

The MAGA Republicans are no longer hiding their plans to dismantle the American voting system from within, and Van Tatenhove believes January 6th is an indicator of what to expect should there be another Trump candidacy and loss: “it could have been the spark that started a civil war.”

Former Oath Keeper spokesperson Jason Van Tatenhove: "I think we need to stop mincing words… It was going to be an armed revolution… This could've been the spark that started a civil war."

He also warned that the Oath Keepers are “a dangerous militia” and voiced his concerns about his three daughters and his granddaughter: “I feel for the world that they will inherit if we do not start holding these people to account.”

Jason Van Tatenhove: "We need to quit mincing words and talk about truths. What is was gonna be was an armed revolution. People died that day. There was a gallows set up. This could've been the spark that started a new civil war" pic.twitter.com/zVCwazuo35

Watch the testimony, below. Also, the closed-captioning calls him “Mr. Ventilating Hoff,” which pleases me endlessly.