The man who killed Shinzo Abe believed the former Japanese leader was linked to a religious group he blamed for his mother’s financial ruin and spent months planning the attack with a homemade gun, police in Nara, Japan told local media on Saturday.

An unemployed 41-year-old man named Tetsuya Yamagami was arrested on suspicion of murder on Friday after videos repeatedly shown on Japanese television calmly showed him approaching Japan’s longest-serving prime minister from behind and firing. 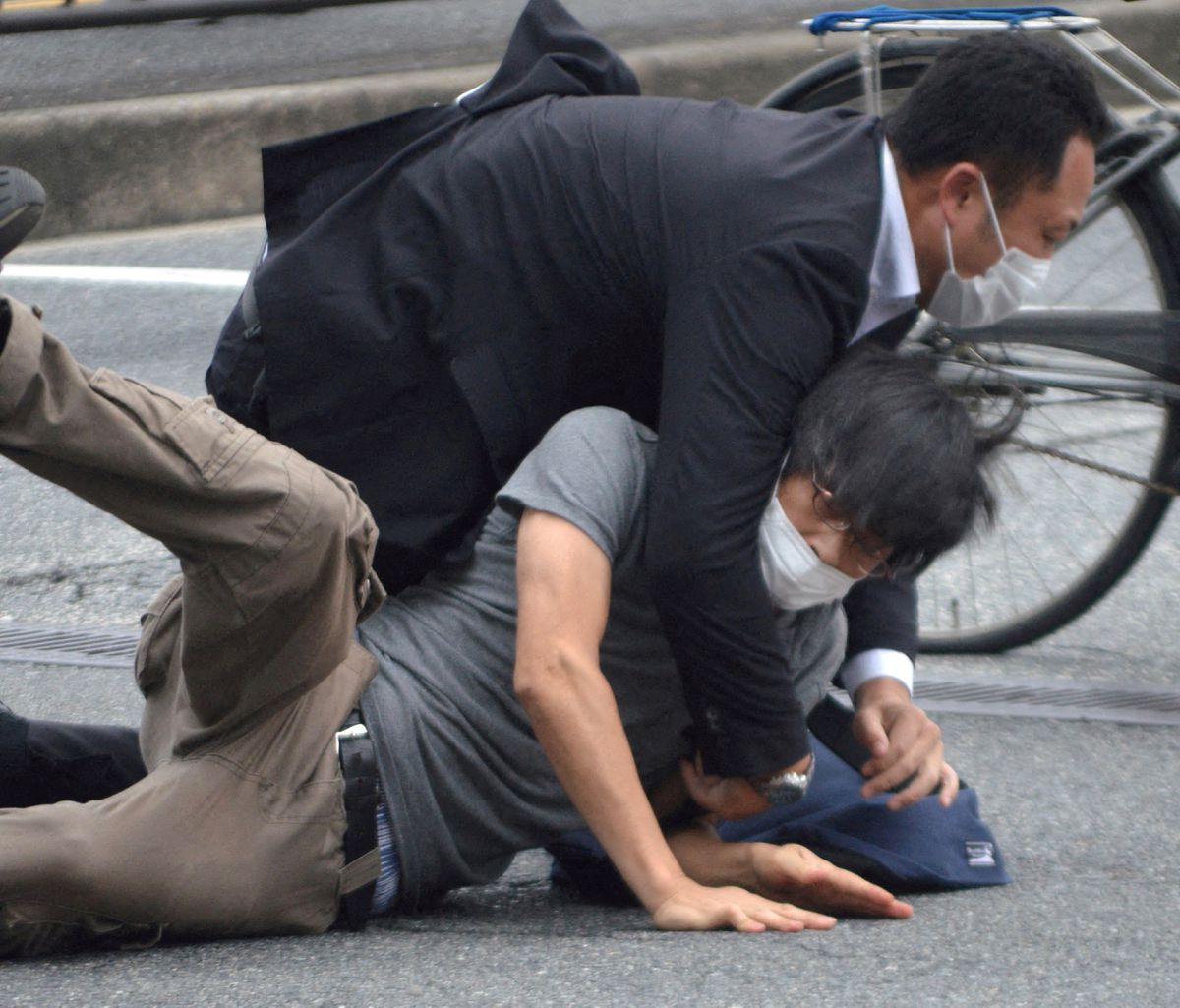 Abe, who resigned due to health issues in 2020, was fatally shot in broad daylight on Friday while speaking at a campaign rally in the city of Nara. The assassination shocked a nation where gun violence is nearly nonexistent. Rates of gun ownership in Japan are among the lowest in the world, with just one person killed by gun violence in Japan in 2021. It’s an obviously stark difference to the United States, where over 200 people died over the July 4th Weekend in gun-related incidents, including the mass shooting at a parade in Highland Park, Illinois, which left 6 people dead and at least 30 more wounded.

Abe was speaking at a public event when videos show Yamagami stepping into the road behind Abe, who was standing on a riser at an intersection, before unloading two shots from a gun-like weapon wrapped with black tape. After Yamagami was taken into custody, his neighbors told the Kyodo news agency that Yamagami believed Abe had “promoted a religious group” that his mother donated to until she went bankrupt. “My mother got wrapped up in a religious group and I resented it,” Kyodo and other domestic media quoted him as telling police.

The body of former Japanese Prime Minister Shinzo Abe was brought to his home in Tokyo, a day after he was shot at close range while delivering a campaign speech https://t.co/x66x4KDXjq pic.twitter.com/iiDLDMJeeG

Nara police declined to comment on the details reported by Japanese media of Yamagami’s motive or preparation, which claimed the crudely made weapon came from parts bought online. He then spent months plotting the attack, even attending other Abe campaign events, including one a day earlier some 200 miles) away, the Kyodo news agency reported.

I am stunned, outraged, and deeply saddened by the news that my friend Abe Shinzo, former Prime Minister of Japan, was shot and killed. He was a champion of the friendship between our people.

The United States stands with Japan in this moment of grief.