The Teflon Don, born into privilege but not love, has yet to suffer any true consequences for any of his actions. There’s been many a lawsuit here and many a deposition there, but nothing has ever stuck to Donald Trump in a meaningful way. He has paid fines and hush money and settled out of court, yet continues to shuffle freely through his post-White House years–albeit with a giant target on his back thanks to even more lawsuits and depositions still to come.

The January 6th House Select Committee will take the viewing audience through Trump’s 187 minutes of inaction during its final televised hearing on Thursday night, highlighting that he gleefully sat and watched his plan come to fruition on TV from the White House Dining Room, all while ignoring pleas from his staff, his cronies, and even his own daughter to call off the crowd.

By now everyone is aware that Trump knew he lost the election and then worked to keep up the charade thanks to the legion of enabling idiots that surrounded him, including the Secret Service, it seems. We also know that the Department of Justice has been watching the hearings just like we have, and while the Committee is cooperating with the DOJ regarding the sharing of transcripts, Merrick Garland already has a criminal case against Trump even without them. So will he bring charges against Trump? Plenty of Americans believe Trump deserves it, but thanks to his track record of slipping away from legal consequences, those same Americans don’t think he’ll ever be punished for the crimes he commit against America, forever defiling the Office of the President. 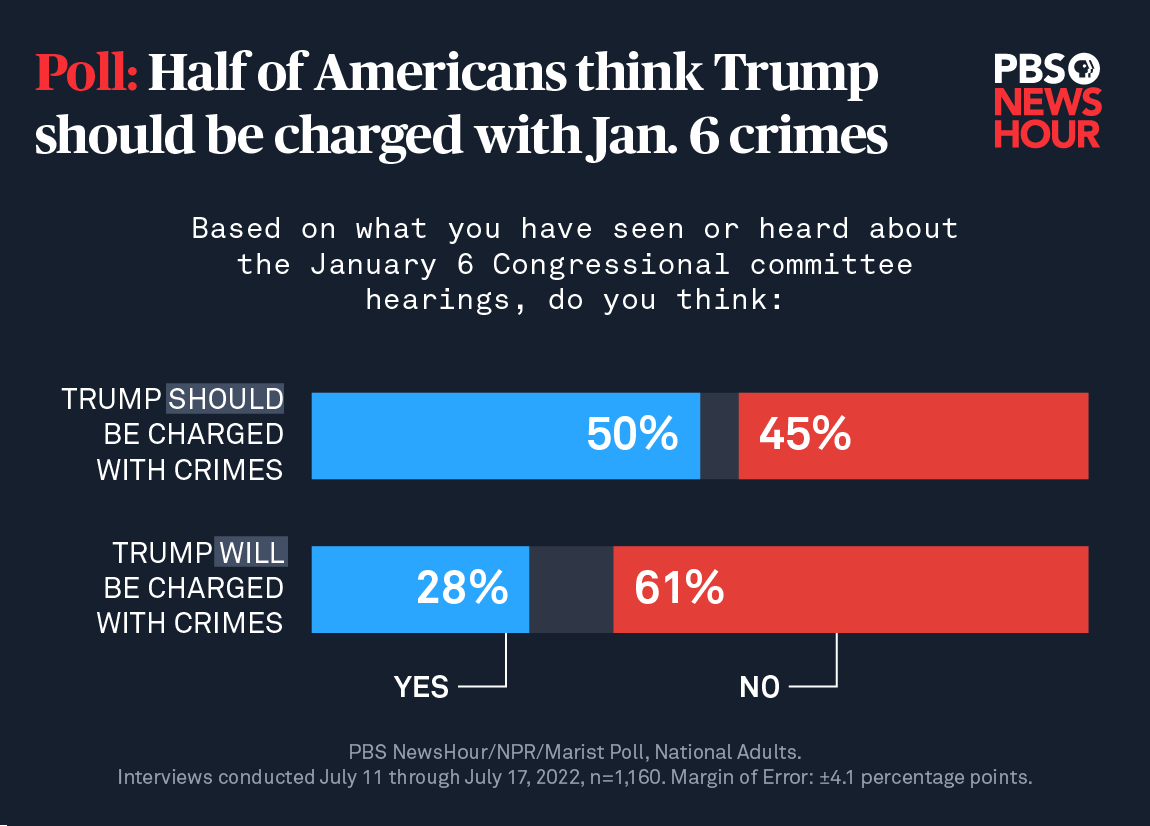 Half of America thinks Trump should be prosecuted, but slightly more than a quarter of the country thinks it’ll happen thanks to his track record. Our justice system is clearly failing us when things are that imbalanced.

At some point, if the DOJ fails to prosecute Trump, it won't just be Trump's fault when he commits more crimes. When the Justice Department starts deferring to the optics of neutrality over actual JUSTICE, it'll be no surprise when criminals only get more emboldened.

But if no one is above the law, it’s about time someone proved it. And I can’t think of a better example than finally getting something to stick to the Teflon Don.