One singular theme runs through the testimony of every single witness who appears before the January 6th House Select Committee, whether in their live testimony or in closed-door meetings that can last an entire day: Trump knew he lost the 2020 Presidential election, yet continued to push forward with his plot to stay in office. His former aides have said so. And now it’s possible one of his closest legal advisors has also testified to the same.

Former White House Counsel Pat Cipollone falls into the latter category, and emerged after eight hours of interviews with the Committee on Friday without disputing any former sworn testimony he was asked about. As the Committee prepares for at least two more televised hearings, it’s uncertain how much of Cipollone’s day-long testimony will be seen by the public, or at the least, how much information will be shared. Cipollone allegedly tried to get Trump to stay in office, but drew a line in the sand on January 6th when the Capitol siege began. 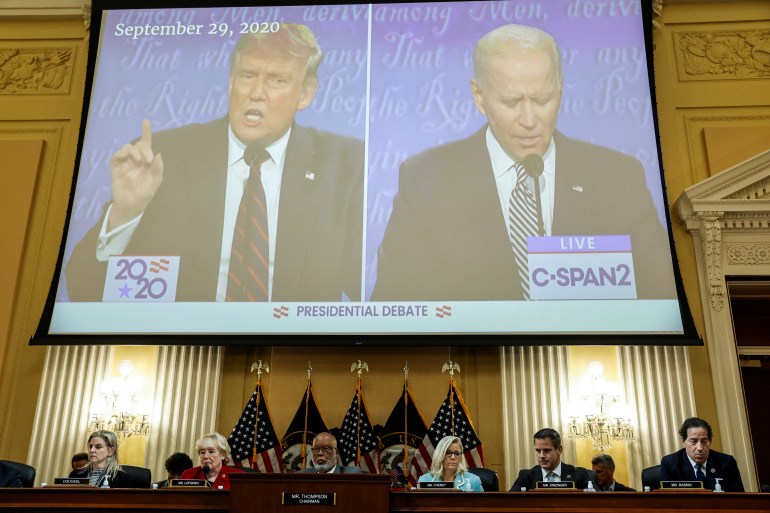 The fact that the coordinated effort pushed on points to Trump being the force behind it. “It showed that Donald Trump must have known that his big lie was a lie because all of his lawyers and campaign advisers and the attorney general of the United States were saying the exact same thing: There was no basis to any of these allegations about electoral corruption,” Committee member Rep. Jamie Raskin (D-MD) told reporters after former White House aide Cassidy Hutchinson’s bombshell testimony.

On Meet the Press moments ago, Jan. 6 Committee member Rep. Stephanie Murphy was asked point blank whether Pat Cipollone’s recent testimony was as critical as they thought it would be.
"Of course," she said.

January 6th House Select Committee member Rep. Stephanie Murphy (D-FL) appeared on Sunday’s “Meet the Press” and discussed Cipollone’s testimony as well as the coordination between the White House and groups like the Proud Boys and Oath Keepers, which will be the subject of the next live hearing on Tuesday.