A man who shot and killed four people at a Nashville Waffle House in 2018 was found guilty on four counts of first-degree murder Friday by a jury that rejected his insanity defense.

Travis Reinking did not dispute the details of the shooting, which was caught on surveillance video and witnessed by numerous people. 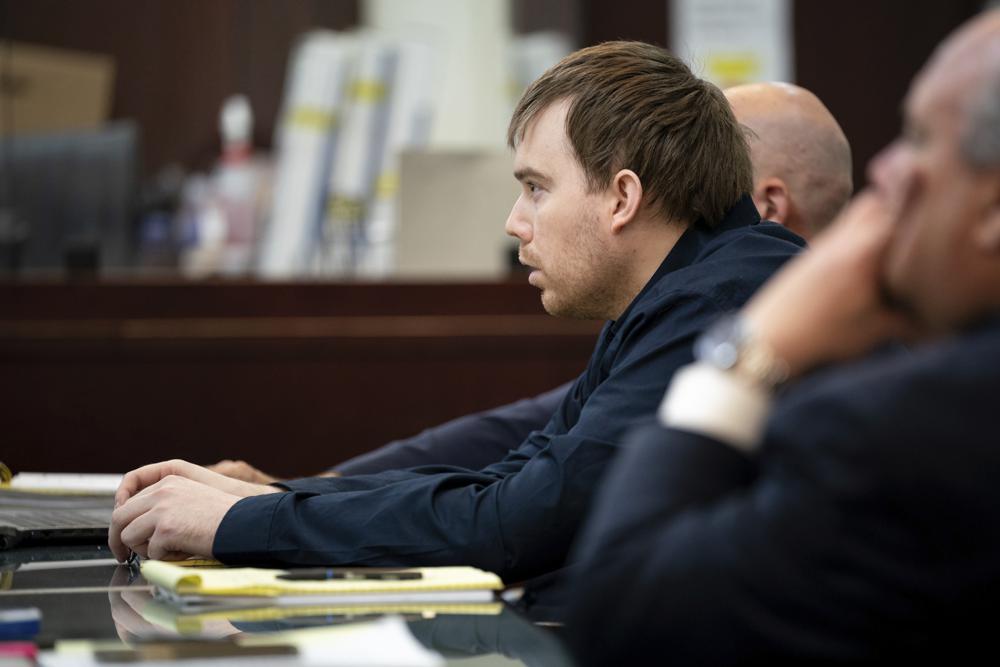 Evidence presented during the trial showed Reinking had schizophrenia and had suffered delusions for years, believing that unknown people were tormenting him. He contacted law enforcement several times to report that he was being threatened, stalked, and harassed. In July 2017, he was detained by the Secret Service after he ventured unarmed into a restricted area on the White House grounds and demanded to meet with Donald Trump. State police in Illinois, where he lived at the time, revoked Reinking’s state firearms owner identification. But that only meant he had to turn over his guns to someone else with valid identification. Reinking surrendered the guns to his father, who later returned them to his son.

#Breaking: The jury has reached a verdict in the Penalty Phase of TN v. #TravisReinking, the Waffle House Shooting Trial. Will the jury recommend LIFE with or without the possibility of parole?

After the way he was treated by police, Reinking began to feel that they and other random people were part of a conspiracy against him, psychologists testified at trial. Shortly before the attack, he believed that someone had drugged him, broken into his apartment, and raped him. Reinking told psychologists that while praying about what to do, he “received a command from God” to “go to the Waffle House and shoot three people”.

Video shows horrifying moment when #TravisReinking began shooting into the Waffle House. Kayla Shaw is at the counter. She said there was a moment when she had to decide to run or fall. She decided to fall. You can see James Shaw go after Reinking. Kayla right next to them. pic.twitter.com/EnlMJqB2dW

Reinking was naked except for a green jacket when he opened fire inside the Waffle House just after 3:20 a.m. on April 22, 2018, killing Taurean Sanderlin, 29; Joey Perez, 20; Akilah Dasilva, 23; and DeEbony Groves, 21. He fled after restaurant patron James Shaw Jr. wrestled his assault-style rifle away from him, setting off a manhunt. In addition to the four people he killed, he seriously wounded Sharita Henderson and Shantia Waggoner. Kayla Shaw, and James Shaw Jr. (who are not related) suffered lesser injuries.

A piece of Shaundelle Brooks’ heart-wrenching victim impact statement. Her son, Akilah DaSilva, was killed in the Waffle House shooting in 2018. pic.twitter.com/ejem9Rf0W1

To prove Reinking was not guilty by reason of insanity, defense attorneys had to show not only that he suffered from a severe mental illness, but also that the illness left him unable to understand the wrongfulness of his actions. But prosecutor Jan Norman also emphasized Reinking’s own account of the shooting: after killing Joey Perez, he said he “felt like I was going to throw up because this was something God told me to do but it felt evil.”