Vice President Kamala Harris led a roundtable discussion on Tuesday with experts in the fields of constitutional law, privacy, and technology to discuss the legal and everyday implications of the Supreme Court potentially overturning Roe v. Wade.

The White House has been bracing for the conservative-led high court to overturn the landmark case, which allows for a constitutional right to an abortion. The court is nearing the end of its term and could issue a decision before the end of this month, and significantly, before Justice Ketanji Brown Jackson is sworn in. The expected move would follow last month’s publication of a leaked draft majority opinion written by Justice Samuel Alito that showed the court is poised to strike down the more than 50-year-old decision. 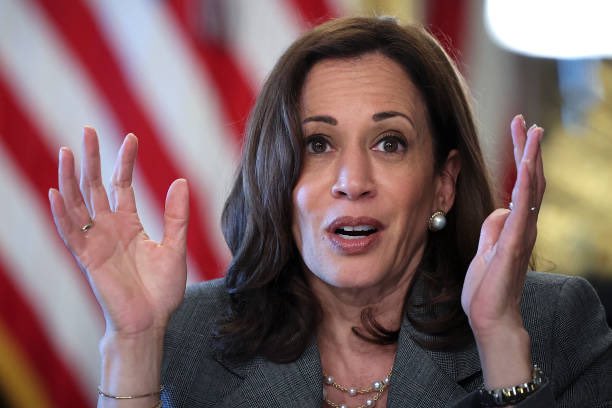 In the wake of the draft opinion’s leak, VP Harris has focused on the issue of privacy rights in an effort to explain the far-reaching implications Americans could face should the abortion ruling be overturned.

She was joined on Tuesday by Jennifer Klein, White House Gender Policy Council Director, and Julie Chavez Rodriguez, White House Intergovernmental Affairs Director, who convened a meeting with state legislative leaders from Colorado, New Mexico, and Nevada on reproductive rights, among others.

"The vulnerability of women who are using menstrual tracking apps, those who use a search engine … States with abortion bans could potentially restrict IVF." pic.twitter.com/JzeKDUx8e6

Ron DeSantis: I Find it Offensive That a Police Officer Could be Fired For Not Getting Vaxxed

Legislators from all three states discussed specific policy measures that would advance women’s reproductive health, including expanding coverage of abortion care and protecting the safety and security of doctors and clinics. They also discussed the need to prepare for an anticipated surge in out-of-state patients seeking abortion care; after Texas’s six-week abortion ban went into effect last September, some clinics in the region experienced a 500% increase in patients.

‘I do believe that we should prepare for the right to privacy to be attacked’ — VP Kamala Harris shares her concerns if Roe v. Wade is overturned, including the issue of data privacy when it comes to people who are seeking information on their reproductive health pic.twitter.com/ufk40vOmK3