President Joe Biden will attend an extraordinary NATO summit in Brussels on Thursday that is focused on the war in Ukraine and European security. In the meantime, a bipartisan delegation of U.S. lawmakers visiting Poland on Saturday said that the most urgent need in Ukraine’s fight against a Russian invasion is to equip and support the country in every way that will help it defend its independence.

The seven-member delegation led by Rep. Stephen Lynch, a Democrat from Massachusetts, has visited reception centers for refugees from Ukraine in eastern Poland. They noted Poland’s openness in accepting refugees from Ukraine, including in private homes. More than 2 million people fleeing war have come to Poland since February 24th, when Russia’s troops invaded Ukraine. Other members of the delegation included Democratic Reps. Lori Trahan of Massachusetts and Chellie Pingree of Maine, and Republican Reps. Jake LaTurner from Kansas, Pat Fallon from Texa,s and Nancy Mace from South Carolina. 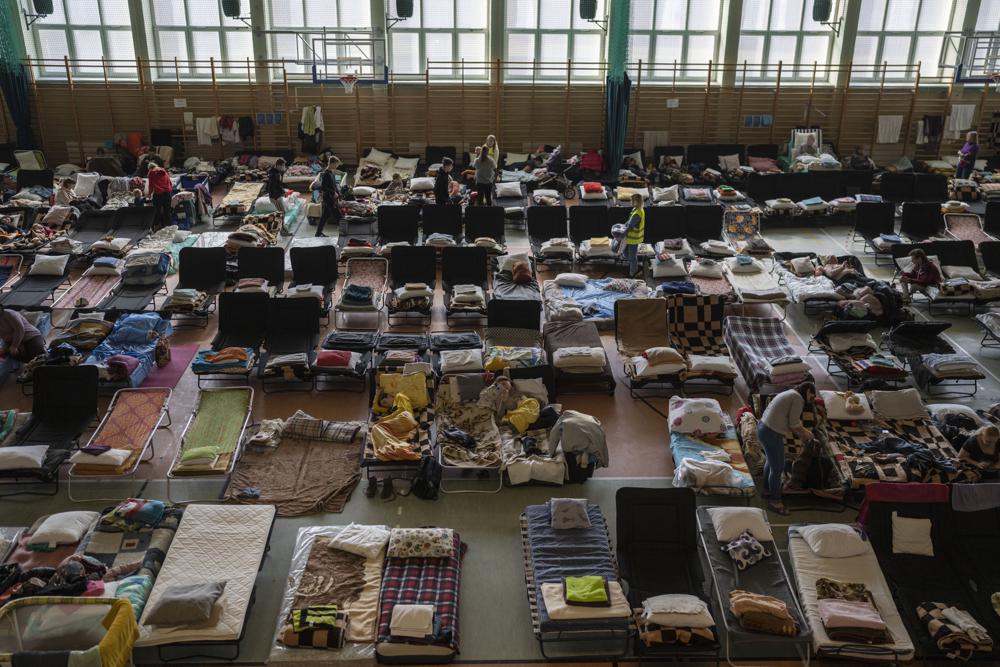 As long as Russian President Vladimir Putin continues the aggression, “there is only one way to respond to that and that’s military force,” Rep. Lynch said. “We are here to reassure and support the people of Ukraine. We are here to thank the people of Poland for the unbelievable generosity they have shown to the refugees,” said Lynch, who is Chairman of the Subcommittee on National Security in the Committee on Oversight and Reform.

1 million+ Ukrainians have come through this refugee center in Poland. We brought Emporia, KS made @Hostess_Snacks Twinkies with us — a little dessert to go alongside the wholesome meals @WCKitchen is providing is sure to add a smile to the faces of the brave Ukrainians we met. pic.twitter.com/rk1OFHnVNE

Rep. Mark Green (R-TN), who is on the House Armed Services Committee, had a message for Putin: “You’ve united NATO, you’ve united the EU and you’ve united the United States Congress. We stand against your tyranny, you are a war criminal,” Green said. “Withdraw your troops from Ukraine!”

This week, National Security Chairman @RepStephenLynch is leading a bipartisan congressional delegation to Eastern Europe to observe the humanitarian impacts of Vladimir Putin’s war against Ukraine firsthand and to stand in solidarity with our @NATO allies and partners. pic.twitter.com/tWKsohmXGp

During an online meeting with the media Saturday, the American lawmakers stressed the need to urgently assist Ukraine’s military in their fight against Russian forces. They said there is no room for peace talks as long as there is a hot war.

Poland's US ambassador tells CNN that the proposal to send Polish "peacekeeping" troops into Ukraine is "just a preliminary concept" and "all such decisions, no matter how radical they seem to be now, have to be taken by all NATO members." pic.twitter.com/zGY1xhfAN8