[WATCH] Ari Melber Gets Navarro and Epshteyn to Further Incriminate Themselves

The URI Faculty Senate Executive Committee had requested the URI Honorary Degree Committee to deliberate the matter in December and forwarded its recommendation to URI President Marc Parlange at the end of the month. “After reviewing the recommendation from the President, who endorsed the committee’s recommendation, the Board voted to approve the revocation of these honorary degrees,” Margo Cook, chair of the board of trustees, said in a statement to the media. “The Board of Trustees supports the University and its mission to uphold its values, especially its commitment to intellectual and ethical leadership and fostering an environment of diversity and respect.” 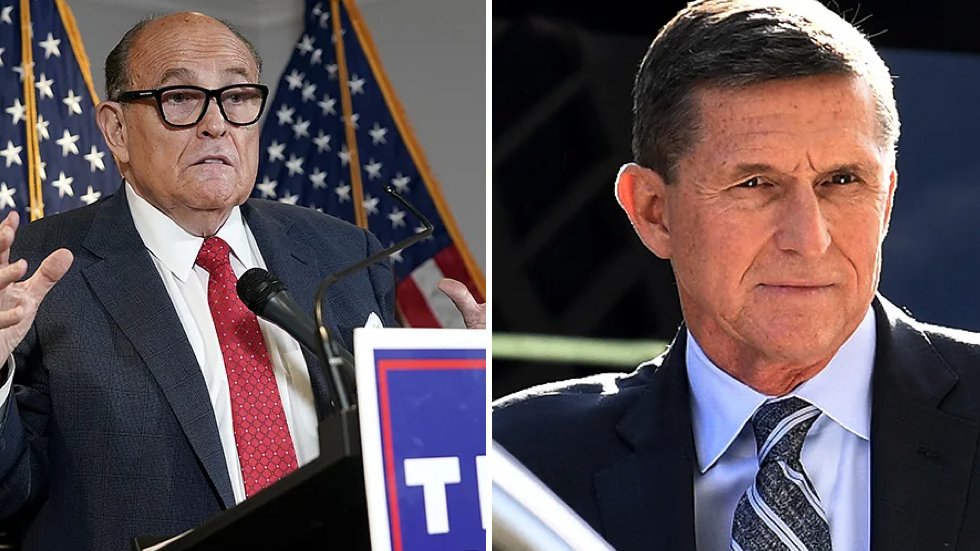 Giuliani was awarded the Doctor of Laws honoris causa in 2003 based on his demonstrated leadership in the wake of the Sept. 11, 2001 attacks. In 2014, Flynn, who was a 1981 graduate of the university and a three-star Army general, was awarded an honorary doctorate of humane letters.

It begins! The University of RI is looking to revoke honorary degrees for both Mike Flynn and Rudy Giuliani “because the two men no longer reflect the institution’s values and standards.” #GOPCorruptionOverCountry #GOPTraitorsToDemocracy

The Honorary Degree Committee, which is made up of URI faculty, staff, and students — and chaired by the provost — conducted a “comprehensive and objective review of the available evidence regarding this matter,” according to university spokeswoman Dawn Bergantino. The committee said that Flynn had pleaded guilty twice to a felony count of “willfully and knowingly” lying to the FBI in exchange for a plea agreement. In June 2021, at a conference in Dallas, Flynn appeared to suggest that a military coup was needed in the US like the one staged by the military in Myanmar in 2021.

The University of Rhode Island revoked honorary degrees from Rudy Giuliani and Michael Flynn for failing to meet its "standards."

Giuliani, accused of trying to install pro-Trump electors in states Biden won, was cited for his involvement in the rally before the Capitol attack. pic.twitter.com/Wv3hRq8VRm

Biden to GOP: If You Don’t Want to Save the Country, Get Out of the Way So You Don’t Destroy It

NEW: the 7-state conspiracy is now tied directly to Sidney Powell, Mike Flynn, and Rudy Giuliani – who are all currently under federal criminal investigation in DC for their election lawsuit funding. 27 of their plaintiffs are also forged electors. Did Powell fund the conspiracy? https://t.co/TGH7UedHe8

Marc Parlange, who took over as URI president last year, said he agreed with the board’s decision. “Based on the findings of the Honorary Degree Committee, I made a recommendation to the Board of Trustees to revoke the honorary degrees of General Flynn and Mayor Giuliani, agreeing that they no longer represent the highest level of our values and standards that were evident when we first bestowed the degree,” said Parlange.

WATCH: “Do I Look Like A Fool?” Rudy Giuliani Explains Why He Skipped Jan 6th Testimony

WATCH: Biden Shows He Can Take A Joke — The Joke Being The GOP (Full Remarks)