Judge Steamrolls Over Trump Lawyer Who Claims He Still Has Immunity

The United States reported 1.35 million new coronavirus infections on Monday, the highest daily total for any country in the world as the spread of the highly contagious Omicron variant shows no signs of slowing through what health experts dubbed an “awful January” last week. The record in new cases came the same day as the nation saw the number of hospitalized COVID-19 patients also hit an all-time high, having doubled in three weeks, according to a Reuters tally.

The previous record was 1.03 million cases on January 3rd. A large number of cases are reported each Monday due to many states not reporting over the weekend. The seven-day average for new cases has tripled in two weeks to over 700,000 new infections a day. 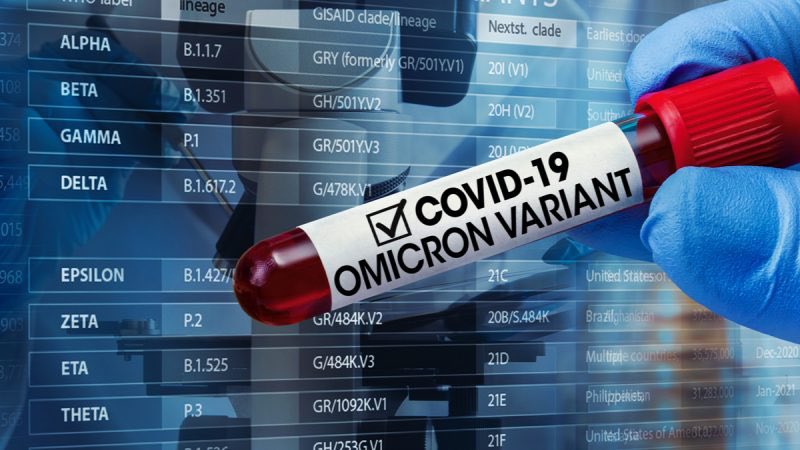 Deaths are averaging 1,700 per day, up from about 1,400 in recent days but within levels seen earlier this winter. There were more than 136,604 people hospitalized with COVID-19, surpassing the record of 132,051 set in January last year. While the Omicron variant is potentially less severe, health officials have warned that the sheer number of infections could strain hospital systems, some of which have already suspended elective procedures as they struggle to handle the increase in patients and staff shortages.

The U.S. reported 1.35 million #Covid19 cases on Monday, shattering a global record. As the #Omicron wave continues to surge, the number of hospitalized children under 5 is on the uptick. Should this impact the decision to open schools?

The surge in cases has disrupted the post-holiday return to in-person learning at schools in every state, which are struggling with absences of staff, teachers, and bus drivers. Emergency response, sanitation, and other public services are also experiencing major disruptions due to sick workers staying home.

The United States reported 1.35 million new coronavirus infections on Monday, according to a Reuters tally, the highest daily total for any country in the world as the spread of the highly contagious Omicron variant showed no signs of slowing.

Chicago canceled classes for a fourth day as the district and teachers failed to agree on how to deal with increased infections. New York City suspended service on three subway lines as a large number of workers were out sick, according to the MTA’s Twitter account. Companies’ plans for workers to return to office have also been derailed.

Learn more and stop by to get tested! 👇https://t.co/U9VK6PbFPS

The report comes on the same day Dr. Anthony Fauci and Sen. Rand Paul (R-KY) once again engaged in a heated debate regarding the Biden administration’s approach to the pandemic and vaccines.

Fauci: Why would a Senator want to do this? Go to Rand Paul’s website and you see fire Dr. Fauci with a little box that says contribute here. So you are making catastrophic epidemic for your political gain pic.twitter.com/8dvxZ5ELxp

Cawthorn’s MAGA Buddy Running for Congress, But Trump is Recruiting Candidates to Run Against Him

Rejoice, Parents: Dr. Fauci Says Vaccines For Kids Could Be Approved By FDA Within A Month