Supreme Court Justice Clarence Thomas was released from the hospital on Friday, just one day after the news broke that his wife, Virginia “Ginni” Thomas had been in contact with Mark Meadows in an attempt to overturn the 2020 Presidential election.

While Ginni Thomas attempts damage control, Twitter users began trending “#ImpeachClarenceThomas” on Thursday afternoon, with it rising only higher after the news of his release broke. The January 6th House Select Committee is in possession of 29 texts Thomas exchanged with Meadows, the former Chief of Staff now being held in Contempt of Congress for abruptly ending his cooperation with the Committee. 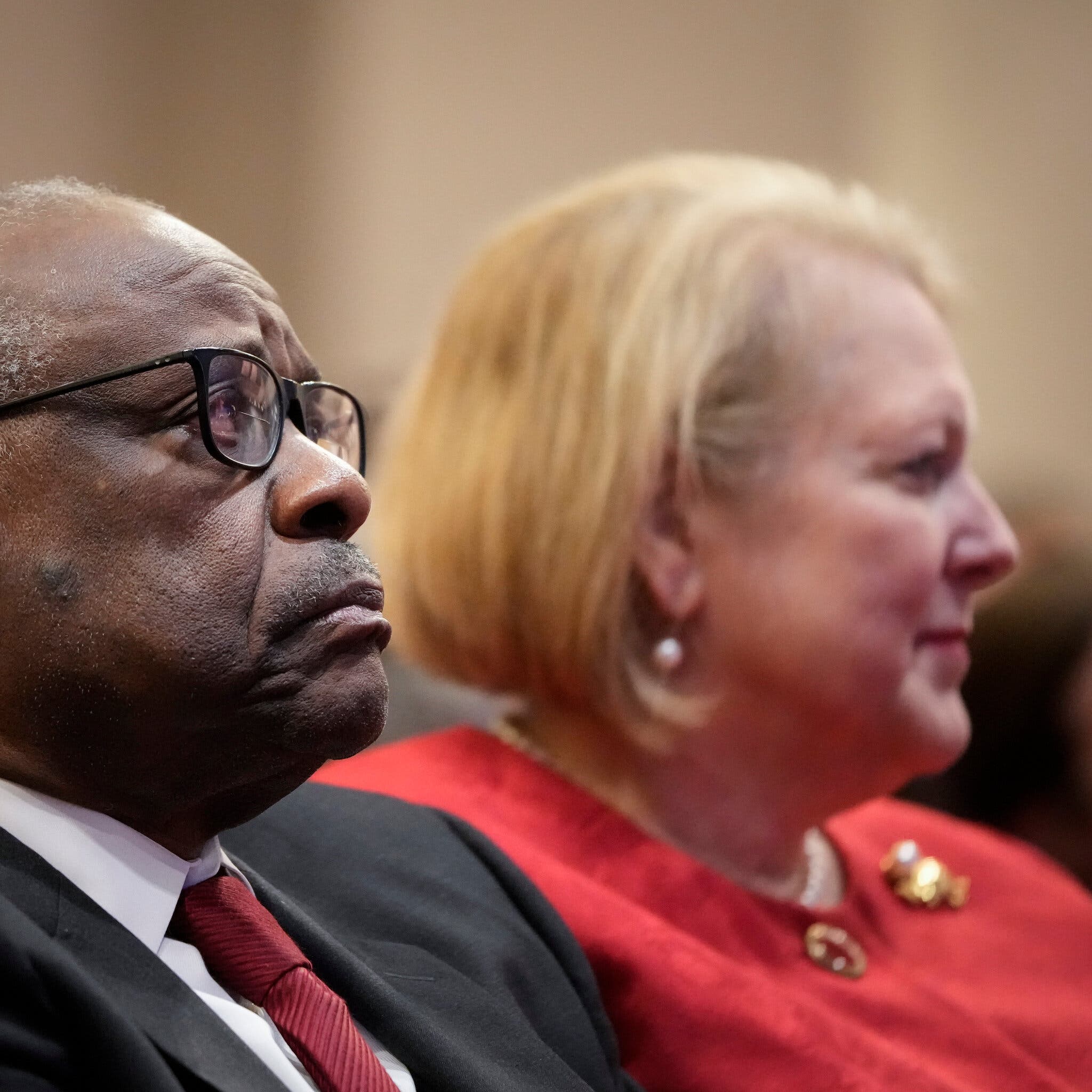 Ginni Thomas used her husband’s position on the country’s highest court to gain access to Donald Trump and his inner circle. She was not only in regular touch with Meadows, but Trump’s son-in-law, Jared Kushner, as well as members of his legal team and others close to Trump. Jane Mayer of The New Yorker reported on Friday that legal scholars are “shocked” by what the texts have revealed, and while some have suggested recusal from cases related to the 2020 Presidential election, others are demanding Clarence Thomas be immediately removed from the Supreme Court by retirement or impeachment.

The wife of a sitting Supreme Court justice told Trump’s chief of staff that Biden and his family would face military tribunals at Guantanamo for “ballot fraud.” https://t.co/Nyf2q1T9mo pic.twitter.com/G0OUzxvFAz

Ginni Thomas also used her Facebook page to amplify unsubstantiated claims of corruption by Joe Biden and often asked her more than 10,000 followers to share stories from right-wing outlets which focused on alleged corruption by the Democratic nominee for president and his son, Hunter, as well as claims that social media companies were “censoring” reports about the Bidens. The avid backer of Donald Trump and influential conservative activist was also a delegate to the Republican convention in Charlotte, North Carolina, last summer.

look, I may not approve of Ginni Thomas's attempts to subvert an election, but she is the spouse of a Supreme Court justice and I will defend to the death her right to be dragged away in handcuffs, disgraced, tried for her crimes and chucked straight the fuck into prison

The New York Times shared an Op-Ed from Jesse Wegman that says the dubious power couple has done enough damage to the country. “What did Clarence Thomas know, and when did he know it?” is now the question on everyone’s minds.

Ginni Thomas and Mark Meadows need to be arrested and Clarence Thomas needs to resign.