Despite no longer holding office, there’s no question Donald Trump still has enormous power over a large majority of the Republican Party. Trump has been using his influence to handpick challengers to Republican incumbents deemed “disloyal” to Trump, and now he’s pressuring other Senate Republicans to back his effort to replace party Leader Mitch McConnell (R-KY) after the 2022 midterms. And once again, Trump has already made a unilateral choice.

Trump is pushing former for-profit healthcare executive Rick Scott, the National Republican Senatorial Committee (NRSC) chair tasked with winning Senate races, to challenge the GOP leader, according to a new profile from Politico. Trump has repeatedly pushed Scott for the role, telling him he’d be “great at the job.” 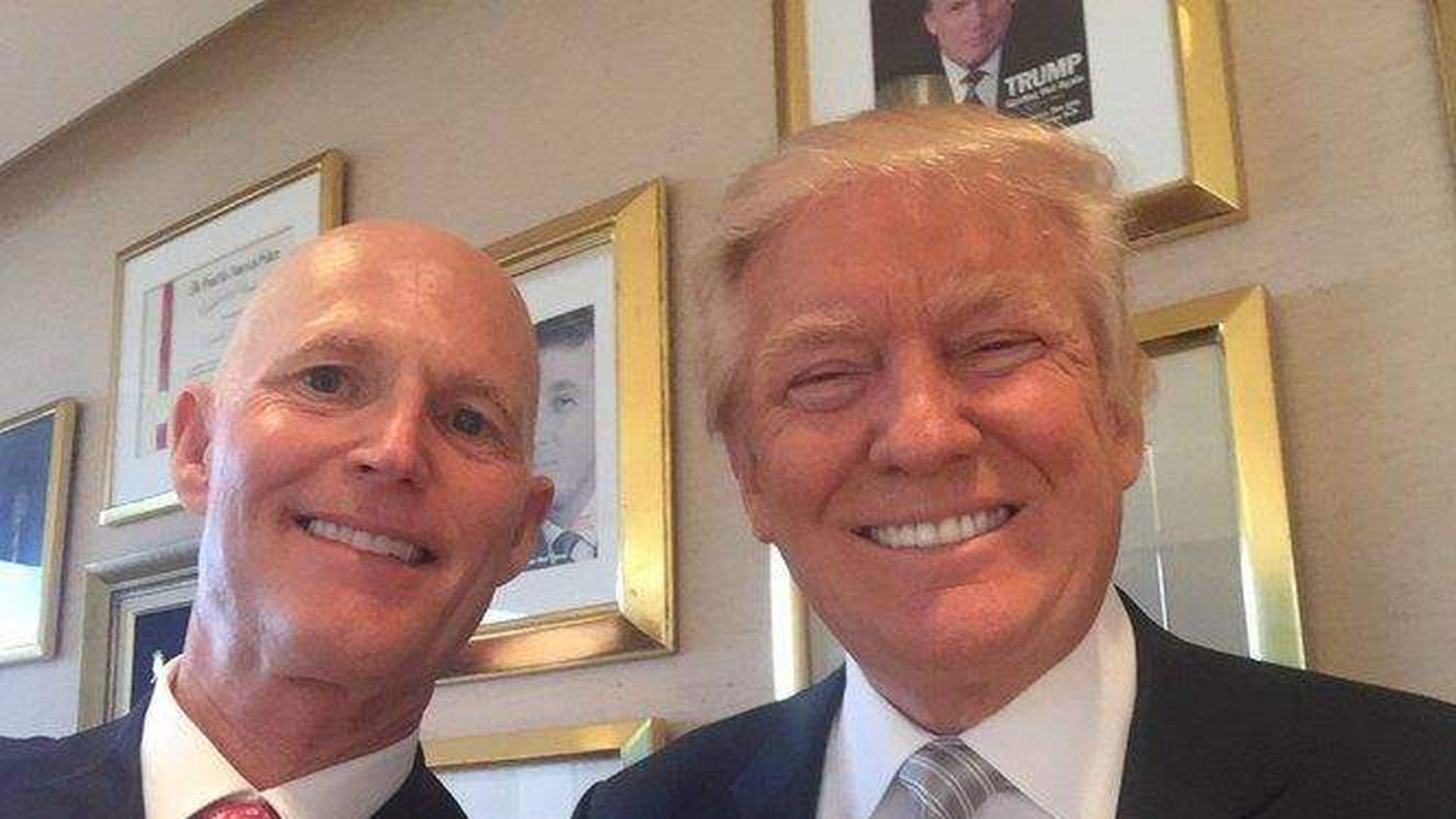 However, Trump may want to have a chat with Scott before moving forward, because they have a major difference of opinion regarding the 2020 Presidential election. A year after Trump’s loss to Joe Biden, Scott said it was time for the Republican Party to move on and stop talking about the election if they wanted to take back power in 2022. However, Trump has yet to signal his willingness to go along with that strategy. Instead, he’s leaning on his usual tactics to get other Senate Republicans to align behind Scott.

The latest in Playbook: https://t.co/lBn8ROtB7j

Scott is definitely signaling his willingness to play along, however, grandstanding for Trump this week by saying he wanted to “finish the border wall” and name it after his fellow Florida Man.

One of the points in Florida Senator Rick Scott's agenda, which outlines his vision for the U.S., is to "finish the border wall and name it after President Donald Trump." https://t.co/hnNJJtQea6

While Scott has apparently said he supports McConnell as Leader, Politico reports a rift that was already brewing between Scott and McConnell expanded after the Florida politician released a GOP playbook for policy following the election rather than keeping in step with McConnell’s plans.

This woman, who ran Rick Scott out of a Strbucks by reminding him of how he stripped her access to Obamacare, and created jobs that no one can live on, and took away her access to reproductive healthcare is my SHERO. pic.twitter.com/wj0btCEyGi

Read the full profile at Politico.