President Joe Biden said Saturday that Vladimir Putin “cannot remain in power,” dramatically escalating the rhetoric against the Russian leader after his brutal invasion of Ukraine.

The White House almost immediately attempted to clarify the President’s strong remarks as soon as he finished speaking in Poland, saying that he was not calling for a new government in Russia. A White House official asserted that President Biden was “not discussing Putin’s power in Russia or regime change.” The official, who was not authorized to comment by name and spoke to the Associated Press on the condition of anonymity, said Biden’s point was that “Putin cannot be allowed to exercise power over his neighbors or the region.” 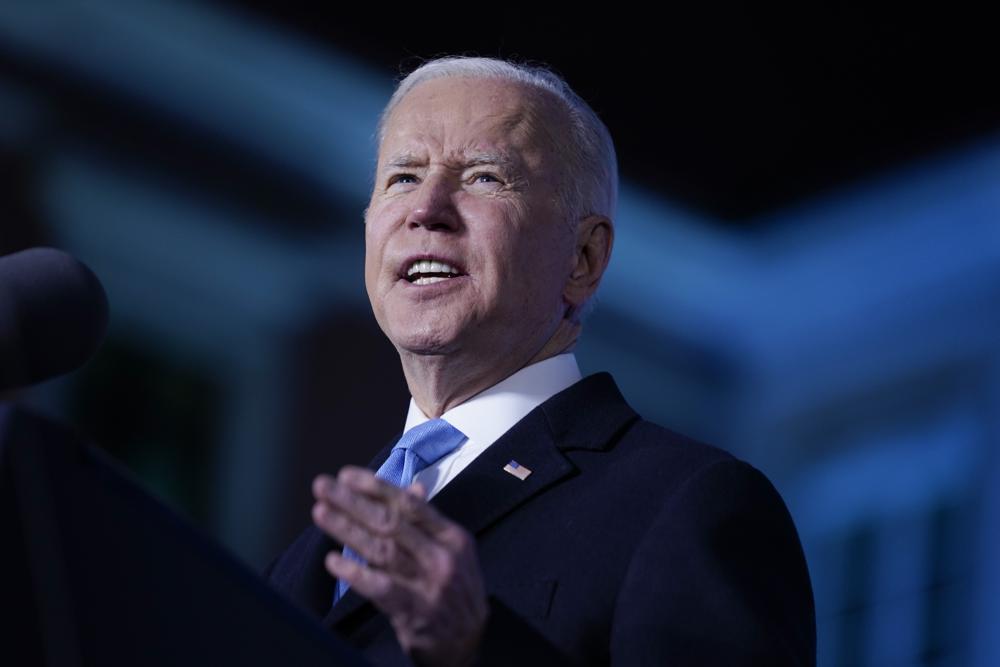 The White House declined to comment on whether President Biden’s statement about Putin was part of his prepared remarks. The exact quote from the President (“For God’s sake, this man cannot remain in power!”) came at the very end of a speech in Poland’s capital that served as the capstone on a four-day trip to Europe.

Biden on Putin: “For God’s sake, this man cannot remain in power.” pic.twitter.com/atNZtCPvAM

The President’s strong words against Putin in Warsaw weren’t his first on this trip. Earlier on Saturday, shortly after meeting with Ukrainian refugees, President Biden called Putin a “butcher.”

President Biden has frequently talked about ensuring that Putin’s invasion, now in its second month, becomes a “strategic failure” for Putin and has described the Russian leader as a “war criminal.”

Russian President Vladimir Putin cannot win in his war against Ukraine, U.S. President Joe Biden said on March 26 during a visit to Warsaw. He also told a crowd in the Polish capital that the Russian president "cannot remain in power." Read more here: https://t.co/Z3y07mmrIT pic.twitter.com/6Pl5nVRvWi

President Biden also used his speech to also make a vehement defense of liberal democracy and the NATO military alliance, while saying Europe must steel itself for a long fight against Russian aggression. “In this battle, we need to be clear-eyed. This battle will not be won in days, or months, either,” President Biden told the crowd of about 1,000, which included some of the Ukrainian refugees who have fled for Poland and elsewhere in the midst of the brutal invasion.

"These are atrocities" — Biden on Putin's war on #Ukraine pic.twitter.com/IqB3cE4Im6 04

“We must commit now to be in this fight for the long haul,” President Biden said.