Protest music has a long tradition in America. From Woody Guthrie and Bob Dylan to more recent offerings from the biggest names in hip hop and rap, music and politics have often collided, especially during turbulent times. Social media has served to amplify modern musical activism in a way that no one could have predicted even as recently as the 2012 election, but after the rise of the internet troll in 2016, many users found ways to get extra creative online to get their message out into the digital universe.

The use of Tik Tok, YouTube, and other apps has grown exponentially in the year since the COVID19 pandemic began, and along with such video stars as Randy Rainbow, a musical collective known as The USA Singers has become one of the more successful acts to capitalize on the Resistance Revolution. 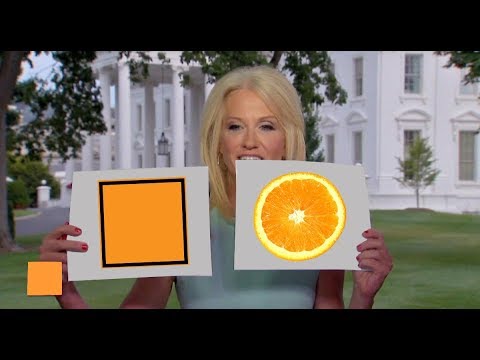 Like a lot of people, The USA Singers joined Twitter in 2017 after Donald Trump took office and seemingly took over the platform itself as well. According to lead singer Frankie D. Roosevelvet, who created the project, the band didn’t sign up specifically to fight Trump, but “to get the music and message out into the world.”

“But I have a lot to say about social justice, politics, and the world in general, so I use Twitter to vent and troll as well!” he says. “The debut album from The USA Singers could conceivably be the most powerful stockpile of politically and socially satirical tunes to ever be borne from Mother America!”

The USA Singers definitely follow in the footsteps of the legendary Frank Zappa with their clever wordplay and humorous slant on politics. The Orange Album is a concept album a la Zappa’s “Studio Tan”, with satirical protest music telling the story of Trump’s rise to power using the diversity of American musical styles as the sonic landscape, hijacking his own words, slogans & policies to mock, slander & ridicule him, his family, & his rotten traitorous regime. And if it’s not already evident by their videos, their “manifesto” also takes a Zappian slant on the typical band bio:

The USA Singers are a group of virtuoso performers orchestrating a great and beautiful countermelody to the current national cacophony. Hailing from the illustrious state of New Jersey, one of the original 13 colonies, The USA Singers are a musical whirlwind whose roots go back over 20 years. This internationally renowned collective has performed together in various melodic and imaginative ensembles from beyond Bayonne to the mountains of Peru, from the great halls of Europe to most venerated venues in America. Individually logging in thousands of shows from coast to coast, The USA Singers conglomerate have honed their cumulative creativity and diverse talents to epic proportions. Their vast skills, in the name of true patriotism, are aptly showcased on their debut album now available on CD, limited edition vinyl and of course, digital wonderfulness.

And now that the Trump Train is off the rails and Joe Biden is finally in the White House, what will The USA Singers sing about?

“As long as there is injustice, racism, inequity, fake news, hypocrisy, & fascism on our shores, the USA Singers will continue to sing,” says Frankie D. Roosevelvet.

WATCH: Only Around 20 People Showed Up for My Pillow Guy’s Fox News Protest

Kanye West: Kim Kardashian Thought My MAGA Hat and Presidential Run Were Embarrassing to the Family

Trump’s Save America PAC Has $105 Million, But He’s Not Helping to Save Any Jan 6th Defendants