WATCH: CNN’s Toobin Explains Why it Would be Problematic For Trump to Plead 5th in Civil Case

All members of Congress are being invited to attend President Joe Biden’s upcoming State of the Union address, crowding the House chamber for the first time since the outbreak of the pandemic as the White House tries to nudge COVID-19 toward the nation’s rear-view mirror. It’s a further step toward normalcy, yet the big annual speech a week from next Tuesday could still turn into a new and disruptive display of national tensions and frustration over trying to move past the pandemic.

All year, the White House has taken extraordinary precautions to keep the President from getting the virus, including requiring high-quality masks in his vicinity and limiting his travel and participation in large events. House Speaker Nancy Pelosi’s office released the guidelines Thursday from the Sergeant at Arms’ office in consultation with the Office of the Physician. Everyone will be required to be virus-tested ahead of time —- rules that have been ignored by some lawmakers who have spurned pandemic guidelines. 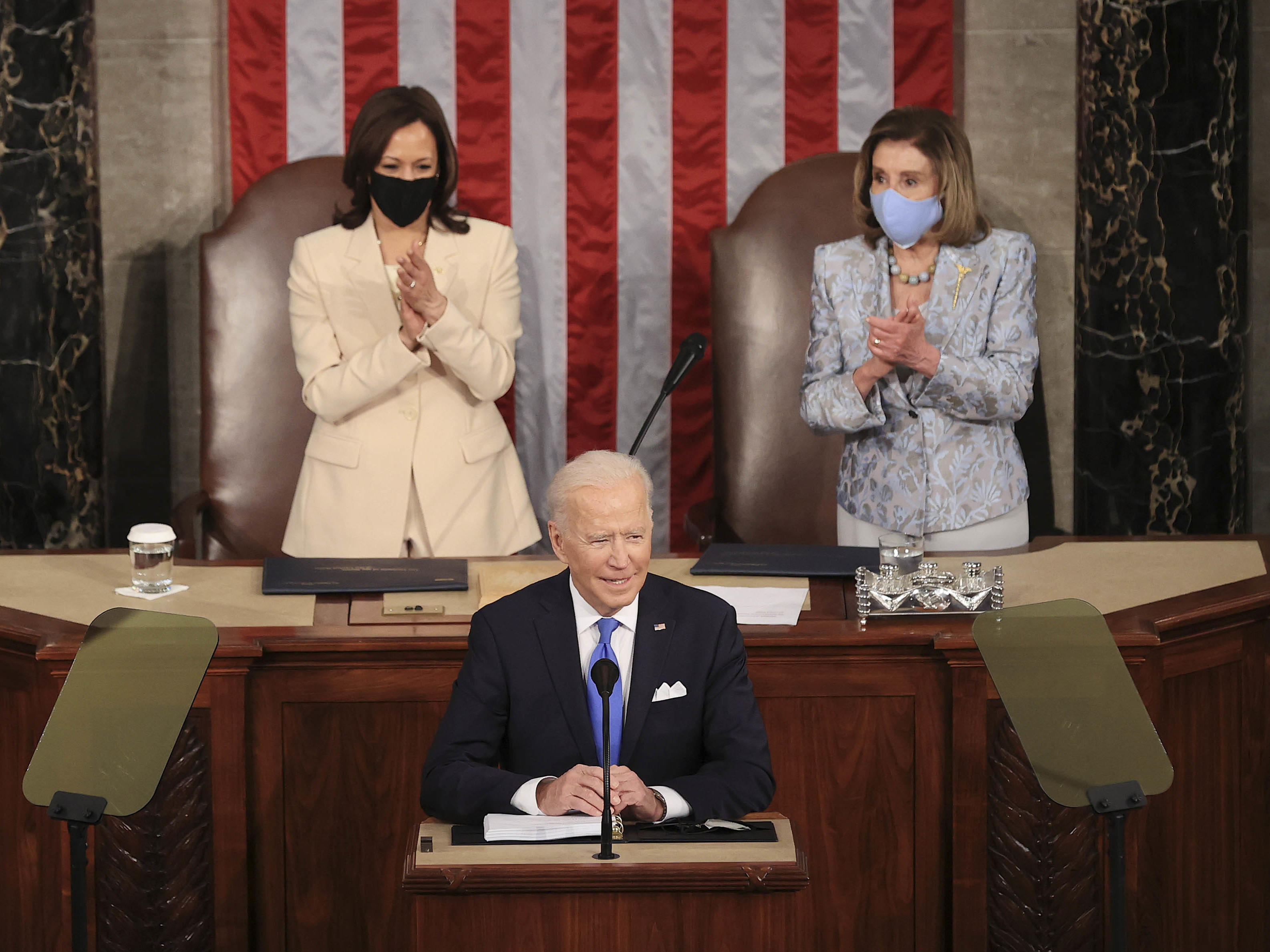 Speaker Pelosi indicated last week that lawmakers are aiming for “fuller participation” than last year, when attendance was limited. She said, “I think the people are ready to pivot in a way that shows to the American people we largely have been vaccinated here.” Seating for Biden’s first address to a joint session of Congress last April was capped at about 200 — about 20% of usual capacity for a presidential presentation.

State of the Union 2022, per the House Sergeant at Arms:

-All members of Congress are invited, but without guests
-Masks (N95 or KN95) are mandatory
-Negative PCR test is mandatory
-Vaccines and boosters are "strongly recommended"

In addition to members of Congress, the State of the Union audience traditionally includes Cabinet members, Supreme Court justices, and military leaders. It’s not yet clear if they will be invited. Thursday’s memo included congressional staff and invited press, but no other guests will be allowed. Violations of the guidelines for social distancing and mask-wearing during the event “will result in the attendee’s removal,” the memo said.

President Biden’s address to Congress will play out against what Vice President Kamala Harris has called a “malaise” over the persistence of COVID and growing public impatience to get back to normal after two years of restrictions. Even Democratic-run state and local governments are lifting restrictions as cases, hospitalizations, and deaths decline. But Senate Minority Leader Mitch McConnell this week criticized the Democrats’ approach, saying they only recently changed their tune because of shifting public opinion. “The only science that’s changed in the last two weeks is the political science,” he said. “The only data that’s changed in the last two weeks is Democrats’ polling data.”

Ahead of President Biden's State of the Union speech in March, @ChrisCoons talks about new democratic legislation to tackle inflation.
"We've got both a great record to run on…and a good path forward for tackling the costs facing families." pic.twitter.com/dkBl1aptS1

The State of the Union setting — Capitol Hill — remains one of the most significantly disrupted workplaces in the country, something of a ground zero for culture wars over the lingering pandemic restrictions and security concerns from the January 6th insurrection. The Capitol remains largely off-limits to most visitors, shuttered from the start of the pandemic in 2020, and is still closed in part for security reasons stemming from last year’s insurrection, lawmakers have pushed for a re-opening. “It’s remarkable that all 535 members of Congress and other government VIPs will be permitted to gather together for President Biden’s State of the Union address, and yet the U.S. Capitol and Senate office buildings remain closed to the American people,” said Sen. Bill Hagerty (R-TN) whose spokesman has been called for an interview by the House Select Committee investigating the attack on the Capitol.

Remember when Speaker Nancy Pelosi ripped up her copy of Trump’s State of the Union speech in 2020?