In response to an explosive investigation, top Southern Baptists have released a previously secret list of hundreds of pastors and other church-affiliated personnel accused of sexual abuse. The 205-page database was made public late Thursday. It includes more than 700 entries from abuse cases that largely span from 2000 to 2019.

The existence of the database became widely known Sunday when the independent firm, Guidepost Solutions, included it in its bombshell report detailing how the Southern Baptist Convention’s Executive Committee mishandled allegations of sex abuse, stonewalled numerous survivors, and prioritized protecting the SBC from liability. 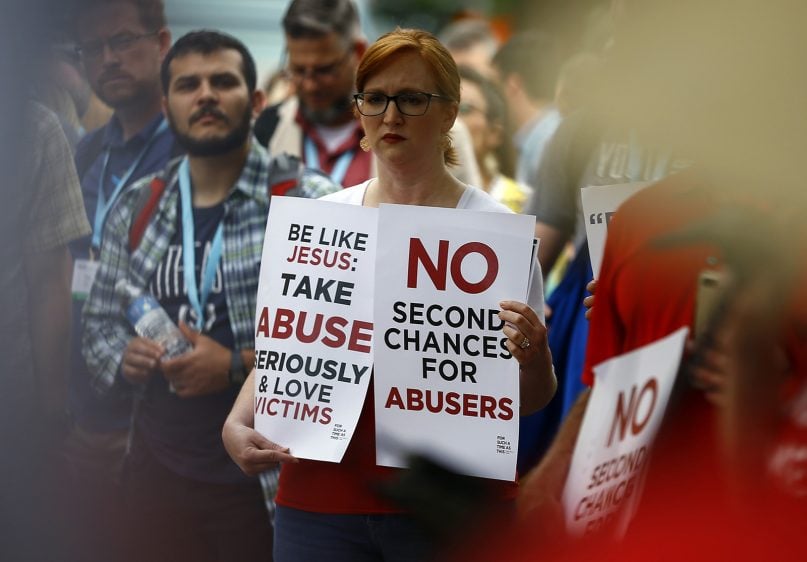 Survivors and advocates have long called for a public database of abusers. The creation of an “offender information system” was one of the key recommendations in the report by Guidepost, which was contracted by the Executive Committee after delegates to last year’s national meeting pressed for an outside investigation.

The Guidepost report, which was released after a seven-month investigation, contained several explosive revelations. Among them: D. August Boto, the SBC’s former Vice President and general counsel, and former SBC spokesman Roger Oldham kept their own private list of abusive ministers. Both retired in 2019.

Just as we're learning the extent of the Southern Baptist Convention's sex abuse crisis, Christian Nationalist pastor Robert Jeffress has invited Paige Patterson to his church to talk about Jesus.

Who's Patterson? A former SBC leader who perpetuated abuse for decades. pic.twitter.com/tGxlyNPYsv

The Executive Committee didn’t make additions to the published list, but their attorneys redacted several entries as well as the names and identifying information of survivors and others unrelated to the accused, Thursday’s joint statement said. The existence of the list was not widely known among the Committee and its staff.

They could have stopped our abuse.

Instead, The Southern Baptist Convention decided to let us be raped and tortured for the sake of their Gospel, their Mission, and their Church. pic.twitter.com/rfkJOYNUMw

Also in the report was a shocking allegation that Johnny Hunt, a Georgia-based pastor and former SBC president, sexually assaulted another pastor’s wife during a beach vacation in 2010. Hunt has disputed the allegation, saying in a statement that he has “never abused anybody.”He resigned May 13th as Senior Vice President of Evangelism and Leadership at the North American Mission Board, the SBC’s domestic missions agency. On Wednesday, NAMB leaders announced changes to address the issue including committing to investigate abuse accusations and creating an Abuse Prevention and Response Committee to assess and strengthen existing policies and procedures.