Some States Cut Back On SNAP Benefits Amid Food Price Hikes

There’s a reason they say to watch out for the quiet ones.

Sen. Mike Lee (R-UT) might maintain one of the lower profiles in Congress, but that demeanor belies a craven and cutthroat ambition to get closer to Donald Trump and remain a part of his inner circle. Text messages between Lee and Mark Meadows, then Trump’s Chief of Staff, reveal specific attempts to overturn the results of the 2020 Presidential election, such as hiring “Kraken” lawyer Sidney Powell to lead legal challenges intended to hold up Joe Biden’s inauguration. 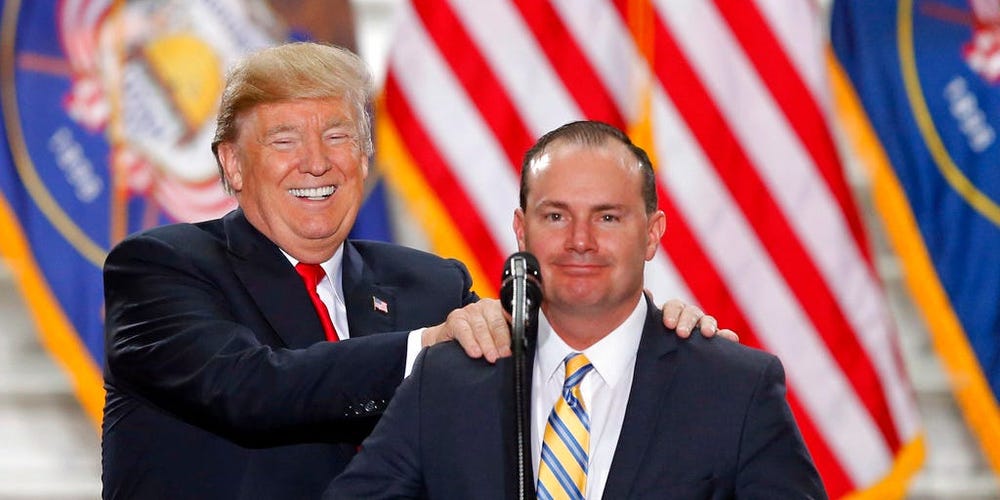 The texts, which were obtained by the January 6th House Select Committee, also include conversations with Rep. Chip Roy (R-TX) and show Sen. Lee’s efforts to assist Trump began on November 7th, the day the election was officially called for Joe Biden and Kamala Harris. Lee also explored a plan to encourage state legislatures to alter the outcome of the 2020 election by appointing alternate electors. But later messages revealed even Lee was tiring of Powell, soon dropping her from his text exchanges with Meadows entirely.

I think we now know why Mike Lee was so worried about investigators accessing phone metadata from Jan 6 pic.twitter.com/vMUbxMMJbG

Lee’s primary challengers have already condemned his actions and are calling for him to drop out of his re-election race. One Republican primary opponent, former state lawmaker Becky Edwards, said the messages show Lee “researched overturning a lawful, democratic election for partisan and political gain … he allowed the situation to continue and enabled those seeking to keep themselves in power, no matter the consequences.” Ally Isom, a former gubernatorial deputy chief of staff who is also challenging Lee, said the messages show he is “more concerned with playing DC games” than with representing people in Utah. “I am a classic conservative,” she said in a statement. And Independent Evan McMullin, himself a former presidential candidate, also criticized Lee on Twitter.

Once a World Leader in Fighting COVID, New Zealand Has Now ‘Given Up’ On Trying to Eradicate It

But perhaps the most telling of Lee’s texts reveal he was frustrated and disappointed in Trump’s lack of enthusiasm for him despite his every to effort to keep Trump in office. “My ability to do that with credibility is impaired,” he said after Trump criticized him at a rally. “This could all backfire badly unless we have legislatures submitting [Trump] slates,” he also said.

That @SenMikeLee tried to undermine DEMOCRACY is a BIG FUCKING DEAL!!! How is it possible that he will remain in the Senate beyond this week? THIS VERSION OF THIS PARTY MUST BE THOROUGHLY DEFEATED IN 2022 FOR THE GOOD OF AMERICA!!! pic.twitter.com/FbfEhvAty1