Mark McCloskey and his wife, Patricia McCloskey, went viral during the summer of 2020 for pointing loaded assault weapons at Black Lives Matter protesters who were walking by their mansion on their way to the home of St. Louis Mayor Lyda Krewson. The McCloskys, who were both practicing lawyers, were each charged with felony unlawful use of a weapon. They had pleaded guilty in June 2021 to one count of fourth-degree assault, but put their infamy to good use.

Shortly after the plea, they purchased a new AR-15-style gun and were pardoned by Missouri Gov. Mike Parson, a Republican. The McCloskeys also managed to get invited to that year’s RNC while enjoying their fifteen minutes of folk hero status, with Mark McCloskey now a Republican candidate for Missouri’s Senate seat despite his lack of government experience (and it shows–he’s currently polling a distant fourth in his race). 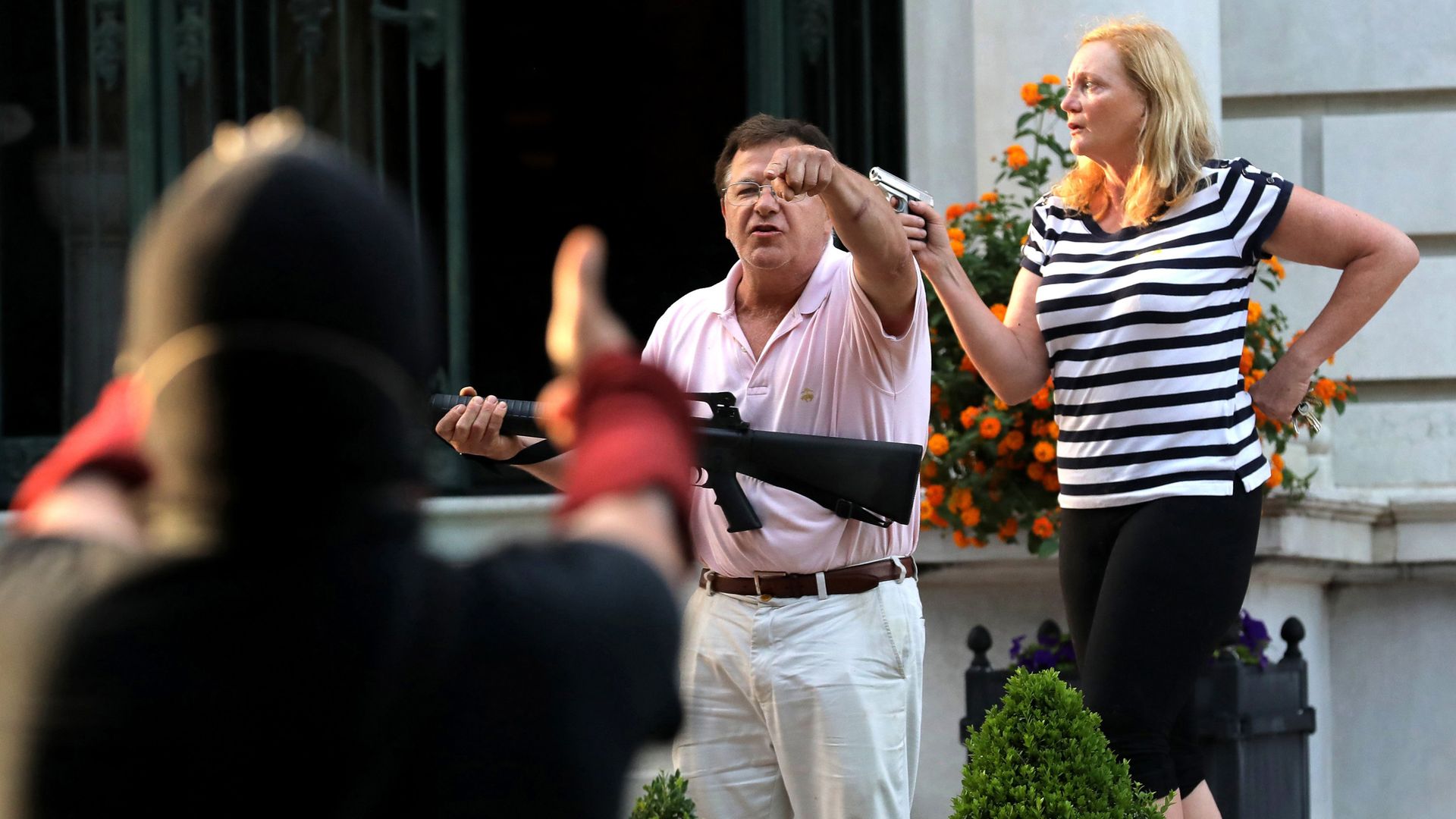 But the Missouri Supreme Court indefinitely suspended the couples’ law licenses in February, and stayed the suspension on the condition they serve a year’s probation. The McCloskeys appealed the decision all the way up to the Supreme Court of the United States, which rejected the appeal.

In their appeal to the Supreme Court, the couple argued that the court violated their Second Amendment rights and denied them their rights under the due process clause of the Constitution. They also claimed they were “exercising lawful rights to bear arms in defense of their person, family, and home.” Mark McCloskey had also attempted to take a pro bono position advising the right-wing media group Project Veritas to fulfill the 100-hour requirement of the probation, but the state Supreme Court denied the request, saying it was not an “approved legal assistance organization.”

The Supreme Court rejected an appeal by a St.Louis lawyer couple who pointed firearms at protesters during the racial justice protests in 2020.

A court sanctioned the law licenses of Patricia and Mark McCloskey — who is a GOP candidate for Missouri's U.S. Senate seat — in Feb. pic.twitter.com/YDF0g8tPbN