[SATIRE] Satire: How Trump Is Fulfilling His Campaign Promises

Donald Trump might be is the most controversial person in the world. Whenever he opens his mouth, his words are scrutinized by the right and left alike. Some think he is a criminal, while others think he just tells it like it is. Somehow, between the racism, the lying, and the joking (oh wait, we forgot, he doesn’t kid), supporters believe he is right to ignore those pesky insignificant things like national security briefings so he can focus on fulfilling his core campaign promises.

After all, it’s okay to many that Trump offends people as long as he’s offending the right people because he is fulfilling his many first-term campaign goals… Right? Without further ado, let’s see President Trump’s progress on his campaign promises.

On the campaign trail, Donald Trump quickly proclaimed himself a nationalist, separating himself from the orthodox Republicans like Ted Cruz and Jeb Bush. Trump decided to adopt the slogan “America First” for himself and has since made the phrase into a rallying cry for his base. Three years into the Trump Presidency, let’s see what America is first in.

I think the world owes President Trump an apology; look at all these statistics we are first at! Trump will go down in history for this. Whenever coronavirus comes up in our history books, no matter what the statistic is, America will be first. And he deserves the credit!

Under the Trump administration, it is safe to say that we are all tired of winning. President Trump has come to associate winning with “most” and “first” so much that we’re winning more than we ever would have under President Obama.

We have the most COVID cases and deaths in the world. We have had the most unemployment since the second world war. Income inequality is reaching all-time highs. Under President Trump, we have reached the highest year in living memory in 2020. He won the race to spend the most emergency funds in United States history.

Under President Trump, we have won so much that the NBA got tired of winning, and let Canada win one.

Under President Trump, the United States remains undefeated in the World Series. President Trump wins every time. He gets impeached but doesn’t get removed from office. He defeats petty concerns like checks and balances and reigns supreme over trivial matters like separation of powers.

Precedent, meet President because the President has handed Precedent its first loss in decades.

If this is winning, President Trump has fully delivered on this campaign promises. I am tired, so tired of winning. Please, President Trump, let us have at least one loss. I know you don’t care what the people think, whether we’re speaking out against systemic racism, or just asking you to believe in COVID,  but please, the country is sick of winning. We need you to take just one loss. Let’s start with November 3rd 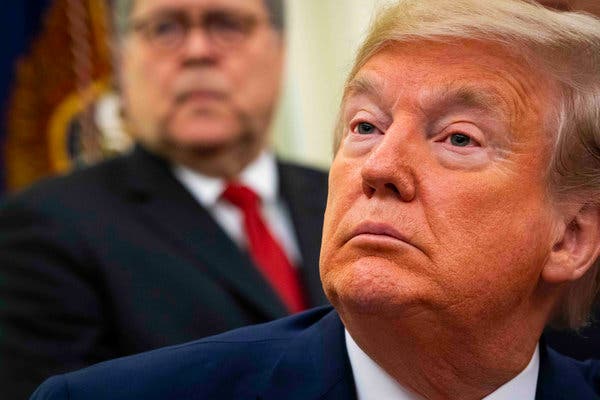 On the campaign trail, President Trump was very vocal in support of immigration reform. The pictures he painted of immigrants were more evocative of rats than people and his rhetoric harkened back to the policies of Republican legends like Chester Arthur and Calvin Coolidge.

Above all, President Trump promised to limit illegal and legal immigration, especially from “sh*thole countries,” which Americans can only presume are countries whose people have higher concentrations of melanin.

While President Trump has not accomplished all of his goals on immigration, he has done an excellent job nonetheless.

Mexico has closed its border. They didn’t even need to pay for the great, great wall. There is no more travel between the United States and Europe. China has not sent anyone our way in months.

The best part is, President Trump can take full responsibility for these new hardline immigration policies! If he hadn’t ignored the coronavirus for months and spread fake news and made basic safety a political issue, we wouldn’t be leading the world in cases, let alone deaths. While some Republican officials have argued that we should let people die in order to save the economy, the noble President Trump is letting people die to stop all immigration. What a guy.

I almost forgot: President Trump has done the best job of containing the biggest threat to our national security. The most devious of criminals, the vilest of wrongdoers, the worst people that could have potentially harmed America have been successfully apprehended at the border.

President Trump has knowingly allowed children to be separated from their parents and kept in cages for years. While Democrats (and anyone with a heart, really) have been outraged by this decision, President Trump knows that small children are actually criminal masterminds and have many, many criminal connections.

President Trump maintains the integrity of our borders through such brutal policies. Consider, if we had a Do-Nothing Democrat in office, we might not exhibit Orwellian symptoms daily as human rights become a political issue and young children are still separated from their parents, years after this outrage first arose.

The next time he screams “law and order” to a disorderly rally breaking regulations intended to slow the spread of coronavirus, keep in mind that there is not a single law that requires families to be separated at the border.

Vote him out this November.

About Siddhartha Sahasrabuddhe:
A high school senior from Palo Alto, California, Siddhartha got into politics in the run-up to the 2018 midterms, when everyone in his history class was assigned a Senate race to monitor. Upon realizing his classmates weren’t doing a great job of monitoring their races, he began doing research on other races then and hasn’t looked back. Siddhartha has been on his high school newspaper for nearly three years, teaches an ESL class, and is an intern for Josh Becker’s campaign for California State Senate. In his free time, he enjoys playing water polo and watching the Sacramento Kings.

Please consider donating to MeidasTouch by CLICKING HERE so they can continue making the high-quality content our country needs.