[SATIRE] Melania Sends Out Her Most Hypocritical Tweet Yet And The Internet Lets Her Have It: “You Don’t Really Care, Do You?”

You’ve got to be kidding me. We all know good and well that if Donald Trump is known for anything in this lifetime, it’s all his damn tweets. He really wishes it were the economy. Or his poll numbers. Or something that was even remotely relevant or helpful in any way. But nope. It’s just the tweets. The hateful, manic, ridiculous, disgusting, relentless tweets that we’re subjected to every single day of our lives and double when he’s good and pissed off — which, let’s be honest, happens pretty often. 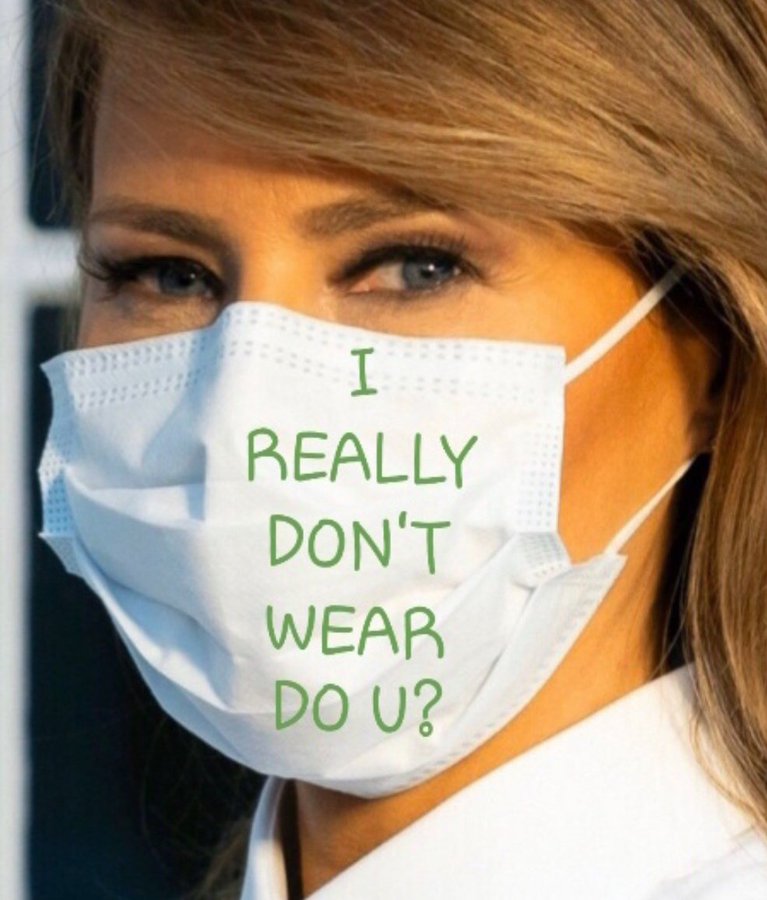 But as his presidency continues to march on, his wife Melania has slowly but surely begun to steal his thunder in the social media department. And while the  First Lady’s Twitter habits aren’t quite as blatantly childish, disgusting, and cruel as her husband’s, the woman could literally win awards in hypocrisy, sanctimony, and irony as she continues to tweet out these little PSAs to the American public that is always in direct contradiction to the things her husband is actually doing.

I mean, her whole entire Be Best anti-bullying initiative is pretty much proof of exactly what I’m talking about, considering her husband is the proverbial schoolyard bullying king. And today’s PSA coming straight from Melania Trump was no exception to her rule of hypocrisy.

Today, Mel had the audacity, the absolute gall, to tweet out an image of herself wearing a face mask, while telling the American public to do the same. Even during the summer months:

Even in the summer months, please remember to wear face coverings & practice social distancing. The more precaution we take now can mean a healthier & safer country in the Fall. pic.twitter.com/80dGOWIyDJ

Yet, the First Lady ain’t foolin’ nobody, considering we all know damn well that her husband donned a mask the other day for what was probably only the second or third time throughout this entire deadly pandemic — the very first time he’s ever been photographed in one, for sure.

And let me tell you, the internet let her have it:

As long as your 'husband' continues to squat in the White House from which It continues to fan the flames of racism and pathological propaganda, this country is, well, fucked. #BeBest #TrumpGenocide pic.twitter.com/HFFHoHbPT1

Look, lady. Leave the hypocrisy at home. Hundreds of thousands of people are dead in this country and it’s all because your husband didn’t wanna look “stupid.”

Andrea is the primary writer for Political Tribune. She is based out of Lousiville, KY. Avid activist, feminist, and Mitch McConnell hater with a passion for women’s and reproductive rights.