Sarah Bloom Raskin withdrew her nomination Tuesday to a position on the Federal Reserve’s Board of Governors after a key Democrat had joined with all Senate Republicans to oppose her confirmation. Raskin previously served as Fed governor from 2010 through 2014 and then as the deputy Treasury secretary. She was approved unanimously by the Senate to both positions.

But Sen. Joe Manchin (D-WV) announced on Monday that he opposed Raskin’s confirmation, and all Republicans in the evenly-split 50-50 Senate had indicated that they planned to block her nomination for the position of the Fed’s top banking regulator. 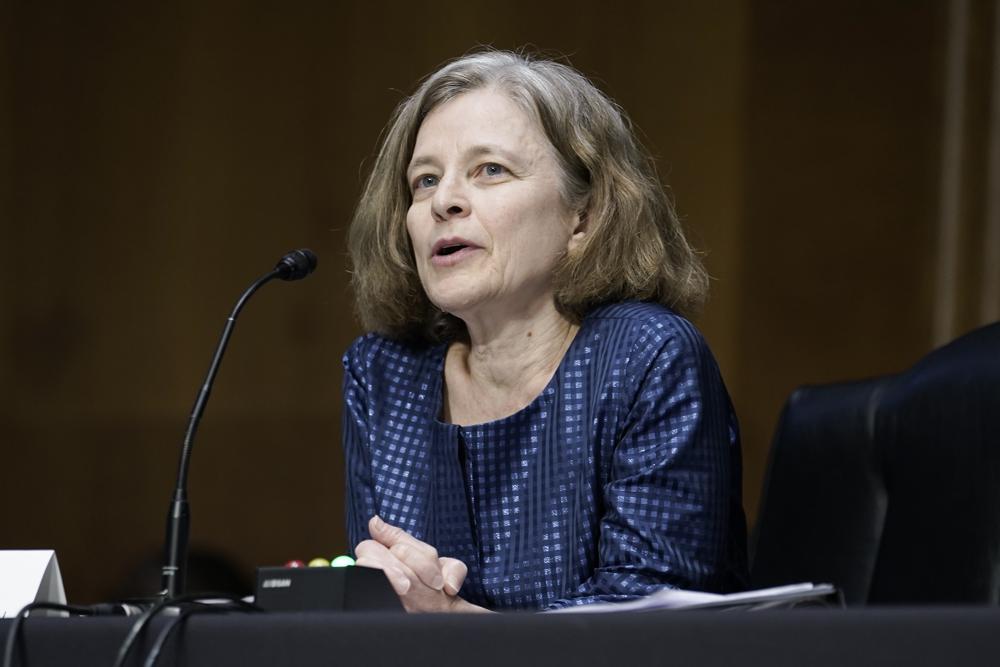 President Joe Biden, who nominated Raskin in January, said she had “unparalleled experience” in areas like cybersecurity, climate change, and consumer protection. The President asserted in a statement that “Sarah was subject to baseless attacks from industry and conservative interest groups,” and White House press secretary Jen Psaki had reiterated Tuesday that Raskin had President Biden’s “strong support.”

The nominees to the Federal Reseve Board have been stalled because Republicans have boycotted the Senate Banking Committee’s vote over the nomination of Sarah Bloom Raskin. Manchin, who is not on the committee, announces he opposes Raskin, dealing a major blow to the nomination. pic.twitter.com/o7LiDwOXZ3

Republicans had boycotted meetings regarding Raskin in the past, arguing that she would use the Fed’s regulatory authority to “discourage banks from lending to oil and gas companies”. Democrats, as well as many banking executives, countered that Raskin’s views aren’t out of the mainstream and said she simply wants the Fed to consider the risks that climate change poses to banks, insurance companies, and other financial firms. In her letter to President Biden withdrawing from consideration, Raskin wrote, “It was — and is — my considered view that the perils of climate change must be added to the list of serious risks that the Federal Reserve considers as it works to ensure the stability and resiliency of our economy and financial system.”

Raskin’s nomination had been stuck in the Senate Banking Committee after Republicans last month unanimously refused to vote on it in an effort to prevent her being approved on a party-line vote. But Republicans may also be deliberately blocking Raskin because her husband, Rep. Jamie Raskin (D-MD), served as an impeachment manager for Donald Trump’s second trial, and sits on the January 6th House Select Committee.

Senate Republicans are launching bad-faith attacks against Sarah Bloom Raskin to hold up @POTUS' extraordinarily well-qualified nominees for the Federal Reserve. We need to advance all five Fed nominees — and we need to do it now. pic.twitter.com/8pwjUdS9Jf

The President has also nominated Lael Brainard, a Fed governor, for the central bank’s No. 2 post, and economists Lisa Cook and Philip Jefferson for positions on the board. Banking Committee Chairman Sen. Sherrod Brown (D-OH) said the panel would vote on President Biden’s those other nominees who were also delayed by the Republicans’ boycott. President Biden has nominated Jerome Powell, who is now serving as acting chair, to a second four-year term.