President Joe Biden pledged to New Yorkers and the nation on Thursday that the federal government would step up its fight against gun violence by working more closely with police and communities to stop the surging bloodshed.

The President was in New York City just one day after the funeral for the second of two New York City cops shot and killed during a domestic violence call on January 21st. Police officials ironically had to wrap up the event to get to the hospital, where another officer was being released after an injury related to yet another shooting. “It’s enough. Enough is enough,” President Biden told police, law enforcement officials, and lawmakers gathered at the city’s police headquarters. “We can do something about this.” 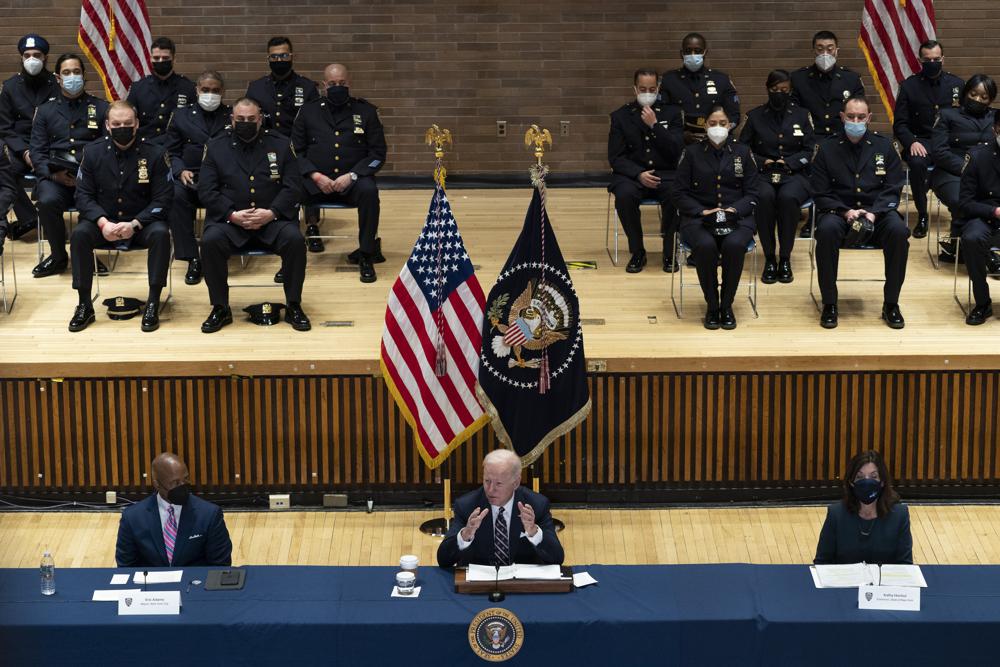 President Biden was joined by New York lawmakers, Attorney General Merrick Garland, Gov. Kathy Hochul, and Mayor Eric Adams, who is a former police captain. The visit gave the President a chance to push back against Republicans who claim he’s soft on crime, and to distance himself from those who want to shift funding away from police departments to social spending programs. He’s also been working to find ways to combat crime while also pushing for greater accountability after high-profile killings of Black people by police. “The answer is not to defund the police,” President Biden said. “It is to give you the tools, the training, the funding to be partners, to be protectors and know the community.”

Last year, I announced a comprehensive strategy to tackle the spike in gun crime across the country. Today, I’m announcing additional actions to reduce gun crime and make our communities safer. https://t.co/MneHapveZB

President Biden came prepared to the meeting, and shared the sad statistic that 316 people are shot every day and 106 killed, including 26 children who died in gun violence so far this year. In New York last month, an 11-month-old girl was wounded by a stray bullet, and a teenage fast-food cashier was shot to death. Thirty-two officers have been shot in the line of duty so far this year nationwide, seven of them killed.

I will keep doing everything I can to make our communities safer, but Congress needs to do its part:

“The answer is not to abandon our streets,” President Biden said. “The answer is to come together, policing communities, building trust, and making us all safer.”