Starbucks No Longer Requiring Employees to Vaccinate After SCOTUS Ruling

Inflation, COVID19, and the impending Russian invasion of Ukraine were all at the forefront of President Joe Biden’s first press conference of the new year.

The President spoke extensively about the issues Americans are facing as Omicron cases are still sending patients to overcrowded hospitals and forcing schools back to teaching remotely. He also scolded Republicans for holding up important voting rights legislation and even took questions from the internet right-wing media channel Newsmax. 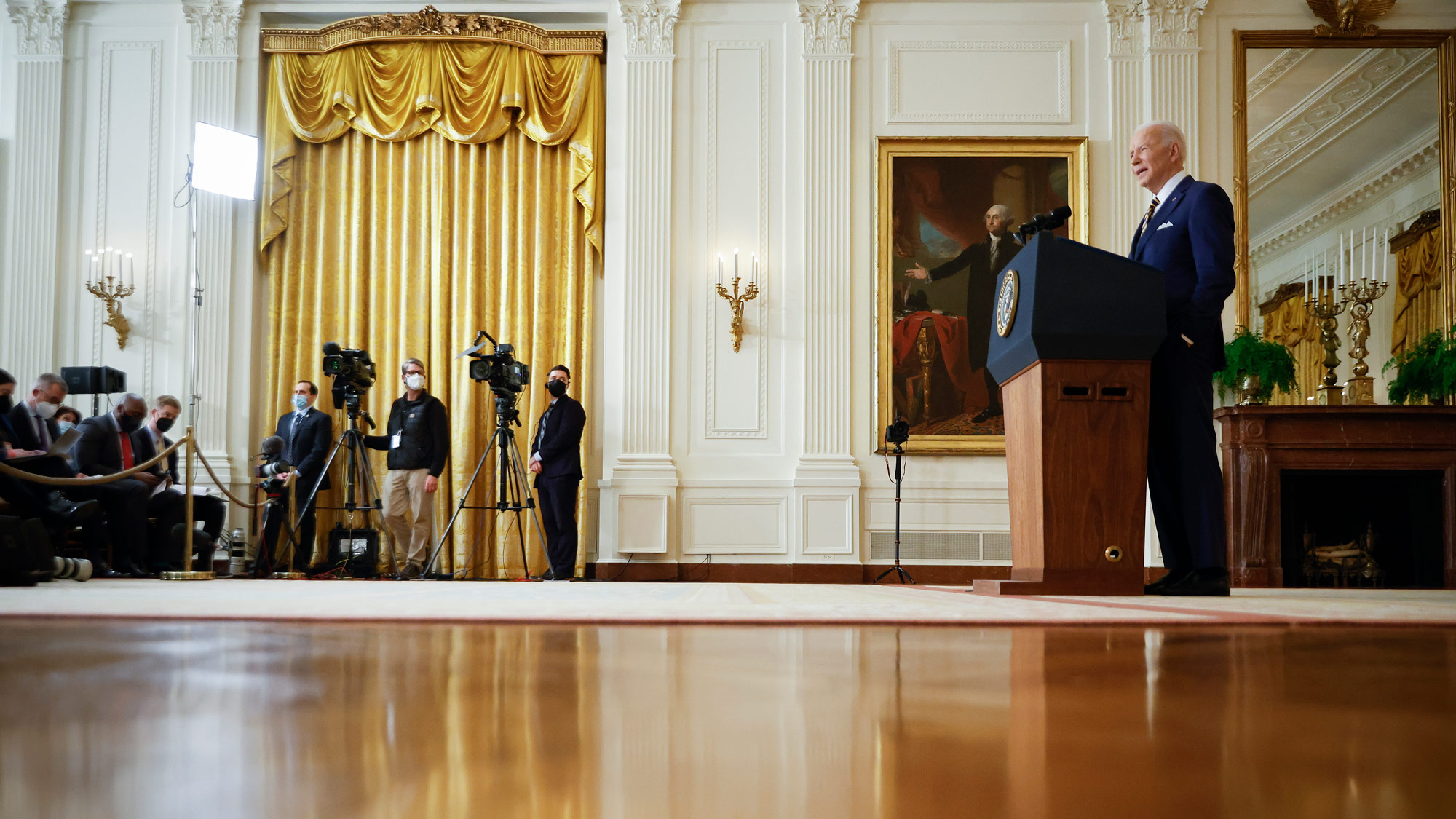 President Biden promoted his Build Back Better agenda as a plausible solution to domestic problems plaguing the country. “If price increases are what you’re worried about, the best answer is my Build Back Better plan,” Biden said of inflation, which reached a 39-year high in December. The President also expressed confidence that Congress would pass pieces of the $1.85 trillion dollar bill before the 2022 midterm elections. “I think we can break the package up, get as much as we can now, and come back and fight for the rest.”

Is #Biden giving a press conference?

I'm listening on NPR and holy shit, he is ON POINT.

This is the guy you folks say is 'struggling mentally' and has 'dementia'????

The President touted other strides his administration has made, including vaccination efforts, but admitted it’s been “a year of challenges” as key parts of his agenda remain stalled in Congress. On foreign policy, Biden predicted Russian President Vladimir Putin would “move in” on Ukraine, even as he warned of significant economic consequences if and when such an incursion occurs.

President Biden unhappily admitted that the current voting rights legislation will likely not pass. He added that it will be “difficult” to have fair elections if voting rights laws aren’t passed. “It’s going to be difficult. I make no bones about that, it’s going to be difficult, but we’re not there yet. We’ve not run out of options yet and we’ll see how this goes,” he said. The Senate is scheduled to vote on procedures later tonight in an effort to clear a path to pass voting rights legislation, but those efforts and expected to fail.

"Think about this. What are Republicans for? Name me one thing they're for." — Biden pic.twitter.com/5j5UXm8UEj

President Biden’s predecessor was apparently watching from Mar-A-Lago, unhappy the attention wasn’t on him.

Look who’s watching Biden’s press conference. And whining and crying how unfair people are to him. 😭😭 pic.twitter.com/2zXR54OOtR

The President also handled a gotcha-type question from Newsmax with typical aplomb.

Joe Biden wouldn't answer the Newsmax question about his mental acuity, but I will:

He's held this press conference for nearly two hours, answering questions on everything from Ukraine to Yemen to Covid to BBB and more.

And he just used the word 'efficacious'. Properly.

Watch the full press conference, below.