WATCH: Jen Psaki is Not Impressed With Peter Doocy’s Claims of Biden Being Intimidated by Putin

President Joe Biden ordered heavy U.S. financial sanctions against Russian banks and oligarchs on Tuesday, stepping up the West’s confrontation with Moscow, even as Russian lawmakers authorized President Vladimir Putin to use military force outside their country.

In a brief address from the White House, President Biden accused Putin of flagrantly violating international law in what he called the “beginning of a Russian invasion of Ukraine,” and promised that more sanctions would be coming if Putin proceeds further. 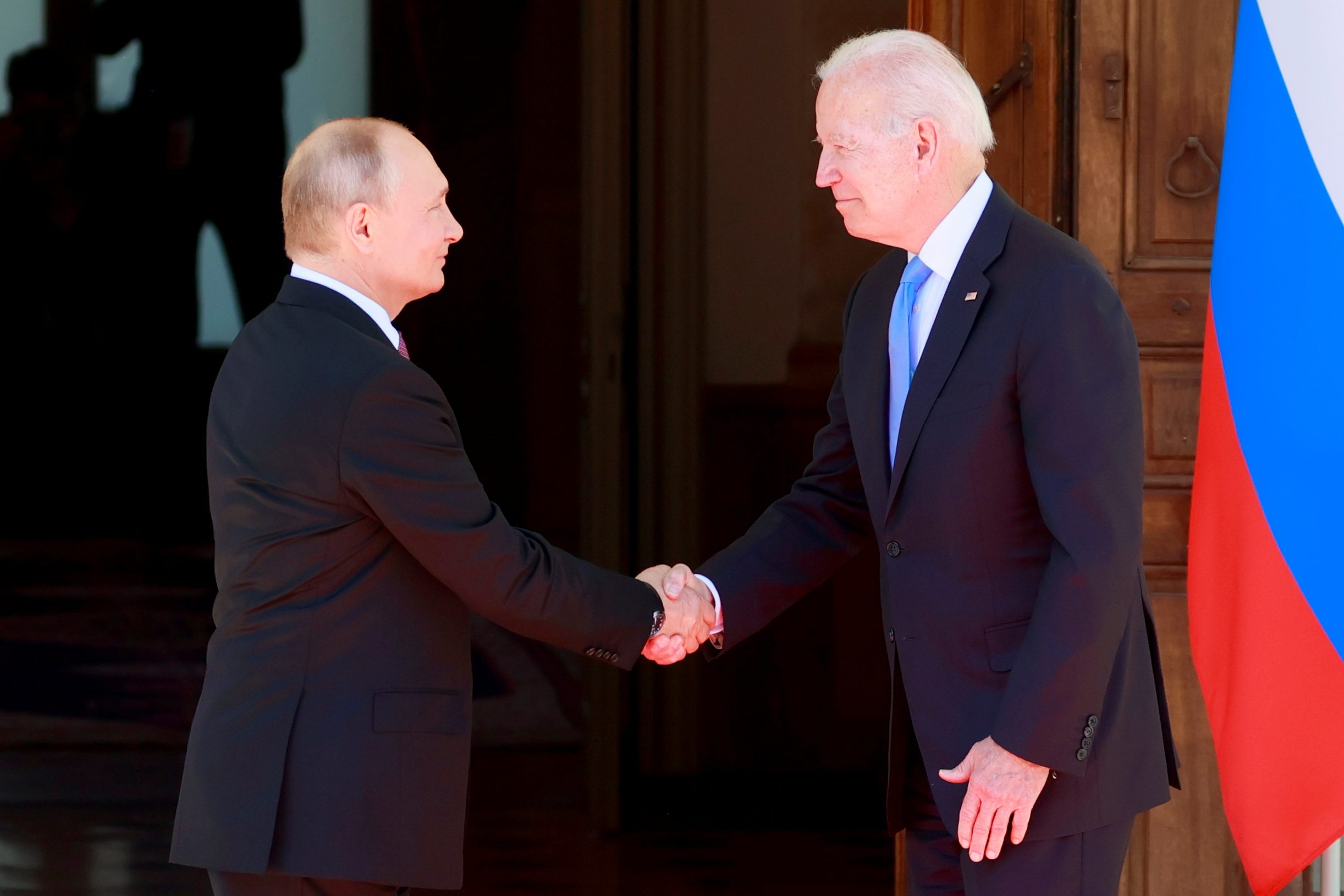 Condemnation from around the world was quick. Ukrainian President Volodymyr Zelenskyy said he would consider breaking diplomatic ties with Russia and Kyiv recalled its ambassador in Moscow.

President Biden joined the 27 European Union members who unanimously agreed on Tuesday to levy their own initial set of sanctions targeting Russian officials over their actions in Ukraine. Germany also announced it was halting the process of certifying the Nord Stream 2 gas pipeline from Russia, a lucrative deal long sought by Moscow but criticized by the U.S. for increasing Europe’s reliance on Russian energy. President Biden announced what he called “the first tranche of sanctions” as Russian troops rolled into rebel-held areas in eastern Ukraine after Putin said he was recognizing the areas’ independence on Monday.

Today, in close coordination with our Allies and partners, I am announcing the first tranche of sanctions to impose costs on Russia in response to yesterday’s actions.

We will continue to escalate sanctions as Russia escalates.

It was unclear how large the Russian deployment was, and Ukraine and its Western allies have long said Russian troops were already fighting in the region, allegations that Moscow always denied.

Because of Russia’s actions, we’ve worked with Germany to ensure Nord Stream 2 will not move forward.

President Biden said he was also moving additional U.S. troops to the Baltic states on NATO’s eastern flank bordering Russia. The prime minister of Estonia and presidents of Latvia and Lithuania on Friday had made a direct plea to Vice President Kamala Harris for the U.S. to step up its presence in the Baltics.

This is completely off the rails now. Putin is demanding that Kyiv "stop hostilities", i.e. the war that Russia started. We seem to be beyond false-flag fabrication now. pic.twitter.com/LwuhhbypYG

Putin has said the crisis could be resolved if Kyiv recognizes Russia’s sovereignty over Crimea, the Black Sea peninsula that Moscow annexed from Ukraine in 2014, renounces its bid to join NATO and partially demilitarizes. The West has decried the annexation of Crimea as a violation of international law and has previously flatly rejected permanently barring Ukraine from NATO.

President Joe Biden said Russia had begun “an invasion” of Ukraine and announced sweeping sanctions on the Russian bank VEB and its military bank. https://t.co/BJ3CXRybiO pic.twitter.com/YxLa8b5s9W